In Wolfenstein II: The New Colossus, Blazkowicz and his friends are back again to revolt against the evil villain Frau Engel and the rest of the Nazis regiment.  Players start out crippled and broken after the injuries that Blazkowicz suffered at the end of The New Order.  The game then goes into flashbacks, showing his rough childhood and a brutal scene with his sadistic father.  It sets the mood and tone well for what’s to come in The New Colossus.  It’s a game that doesn’t pull any punches, nor does it sway from controversial subject matter.  It hits on how dark and cold humanity can be at its worst.

The campaign spans across a variety of areas.  Players will explore Roswell in an alternate reality, visit the city of Manhattan which is now a nuclear wasteland, and travel to New Orleans which is imprisoned now by a giant wall; ultimately leaving those inside it left to die.  It’s bleak and dire circumstances in The New Colossus, but that’s why Blazkowicz and his crew are here to end the rule that the Nazis have over the land.  It’s time to devastate some baddies as violently as possible. 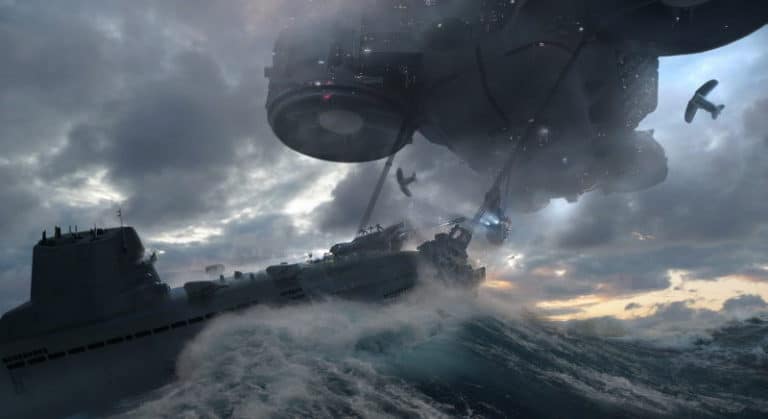 As with The New Order, players can tackle the majority of the game’s objectives through either stealth or brute force.  The areas within the game are much larger for this venture, but you’ll still be running and gunning through plenty of corridors and crawling through vents as you have before.  One of the caveats to going the stealth route is the ability to take out captains, which will prevent those pesky alarms from going off and having to deal with a hornets nest of Nazi reinforcements.  Luckily, players are armed to the teeth with some serious firepower to fend off these fiends.  You can dual-wield weapons and upgrade them with new components such as silencers, scopes, extended clips and other various attachments.   Plus, you’ll have your handy hatchet for some brutal kills during close encounters.  It’s a very bloody and highly entertaining shooter, as you impose your will through the means of hot lead and sharpened steel against these villains. 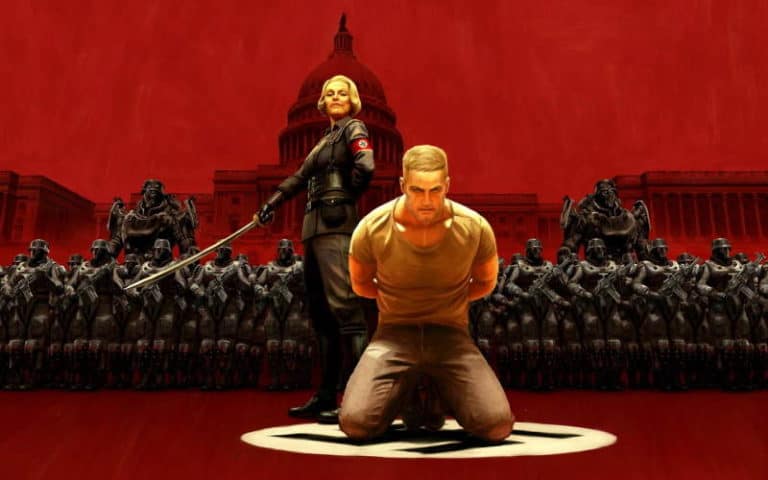 Blazkowicz has more to fight for than ever before.  Anya, the nurse from The New Order, is  now carrying his twins.  Even though she is pregnant, she’ll continue the fight for freedom against the current Nazi rule over the US.  MachineGames has created a world of despair, but it also highlights the reasoning behind those leading the resistance.  Back at base, players can complete side tasks, which will allow you to interact with other freedom fighters and learn their background.  It’s a beacon of hope in a world consumed by hatred and terror.

The game’s difficulty can be scaled either way.  If you find it too easy, you can simply bump it up for more of a challenge.  If you are stuck in a level, you can lower it to get past a certain area and then dial the difficulty back in.  There are also many spots in The New Colossus where you can take alternate paths and exploration is rewarded.  Armour, health and ammo are scattered throughout each level, encouraging players to check every corner and open room for goodies.  Certain actions that you take will also alter the direction or scenarios in the campaign, giving it great replay value.

The chaos in The New Colossus looks spectacular.  The explosions, particle effects and overall presentation is gleaming with quality.  MachineGames proves that single player experiences are still massively popular and a worthy effort for developers.  The game offers a gripping campaign that is full of action, stealth, controversy and pure brilliance at times.  It’s simply a real treat for first person shooter fans.

Wolfenstein II: The New Colossus is an action-adventure first-person shooter video game developed by MachineGames and published by Bethesda Softworks. It was released on 27 October 2017 for Microsoft Windows, PlayStation 4, and Xbox One, and was released on 29 June 2018 for Nintendo Switch.