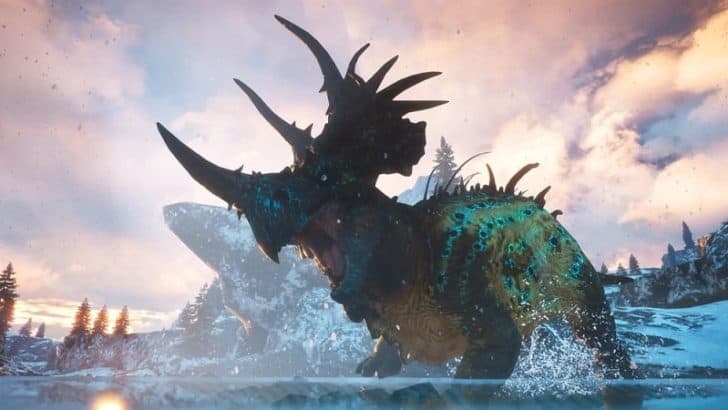 Systemic Reaction first released their dino based shooter in October with an Early Access build on Steam.  December kicked off with “Preseason 2: The Hornet’s Nest”.  We’ll be giving our impressions on this latest update, as this has been one game we have been watching closely since its reveal trailer. 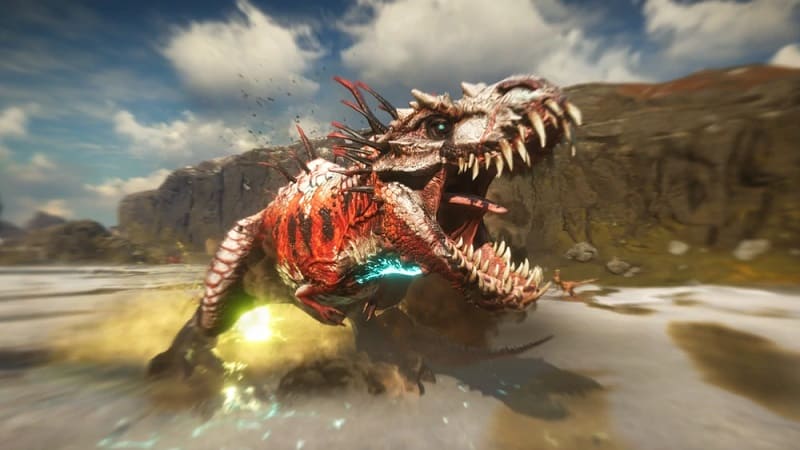 First impressions upon setting foot within Second Extinction’s world brings some serious Turok and Left 4 Dead vibes. A tense atmosphere with unrelenting enemies is no doubt a winning formula.  You absolutely feel that you are always being hunted by these crafty mutated reptiles, which are a deadly force when surrounded in numbers.  The varied raptors flank your position and tunnel through the ground; while larger beasts like the Triceratops and T-Rex will head straight for you with ill intent and tremendous power behind each attack.

“There is quite a bit to pay attention to in combat.  Constant movement, enemy awareness, utilizing supply and ammo drops strategically and perfecting your overall teamwork are but a few factors to successfully implement…if you don’t wish to be on the lunch menu.” 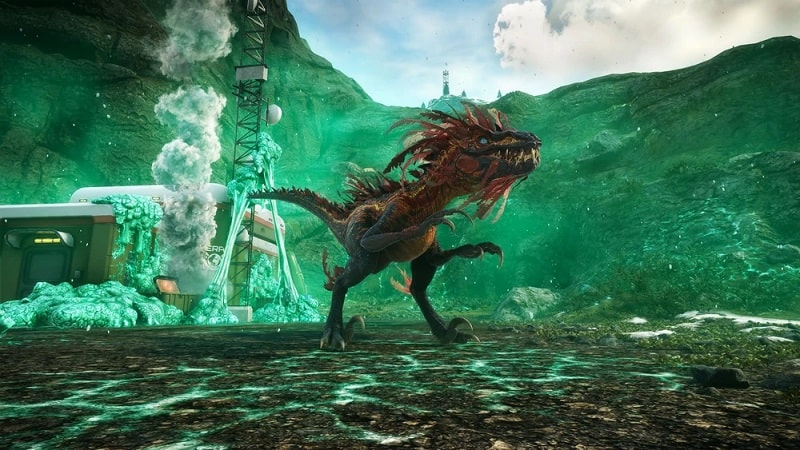 I highly recommend playing this cooperatively.  It’s a very tough game even when played with a friend and will straight up flatten you on solo attempts.  The great new is it’s as fun as it is challenging.  The run and gun gameplay in this shooter is thrilling, where the first-person action rarely lets up and often hits a feverous pitch of chaos before a breather is given for players to resupply and heal up. 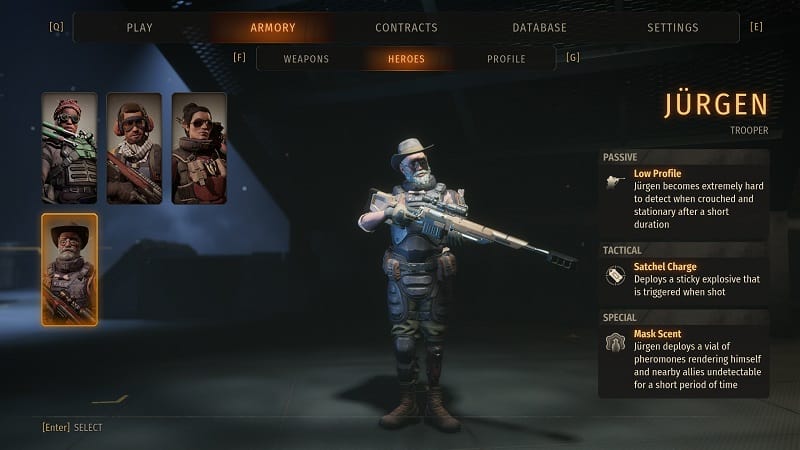 Players can choose from 4 mercenaries, that have been tasked with sending these villainous dinos back to extinction.  Each have their own unique weapon set and special abilities.  Rosy wields an impressive Mini Gun and is capable of deploying electric barricades.  She can also regenerate not only her own health, but her team’s if within range.  Amir has a somewhat quirky at times, but powerful grenade launcher that can deal significant damage; while being able to call in a air strike.  Ortega sports an efficient Assault Rifle and instead of the customary pistol for a sidearm, can carry two primary weapons.  Her special is a Combat High, which heightens her senses.

Lastly, we have old man Jurgen (arguably my favorite).  His Sniper Rifle is immense at clearing out dinos from a distance.  When crouched, he is harder to detect by enemies and his special includes a pheromone cocktail that also keeps him and teammates in close proximity nearly invisible for a short stint.  Work with a friend or two to earn XP and then visit the armory for upgrades.  To no surprise, more powerful weapons will make your venture far less difficult and give you the edge needed to tackle high threat areas. 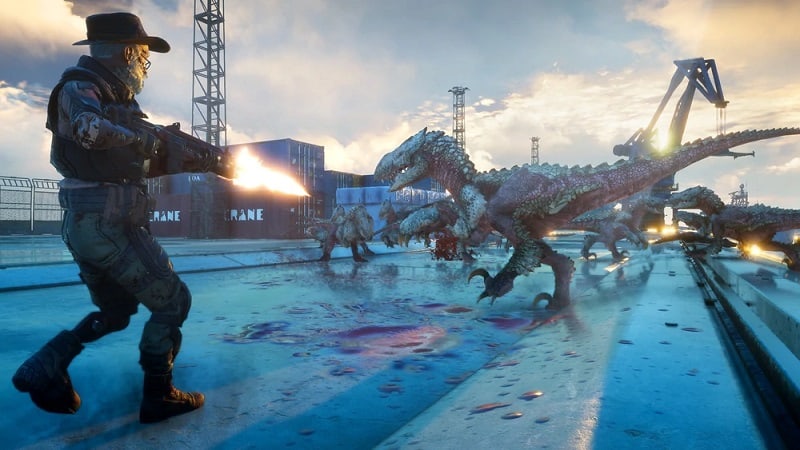 There are 6 mission types to choose from and a brand new Expedition Mode (free roam of each map area basically) that released with this Pre-Season 2 update.  You can select from Normal, Hard and Insane for the difficulty levels.  The game map will display the threat level in each territory as well, ranging from Low to High.  There is a generous amount of modes already in place, even with it still being Early Access.

We hope in future update rollouts, more XP will be awarded for nearly finished missions; and for those few select instances when the game crashed as well during our playthrough, netting zero XP.  With that said, there is an impressive amount of content here that is loads of fun and plenty more is coming in steady increments from the dev team soon.  Black Site and Charged Extraction were two of our favorite mission types to play so far.  Here is a full list of what is currently included. 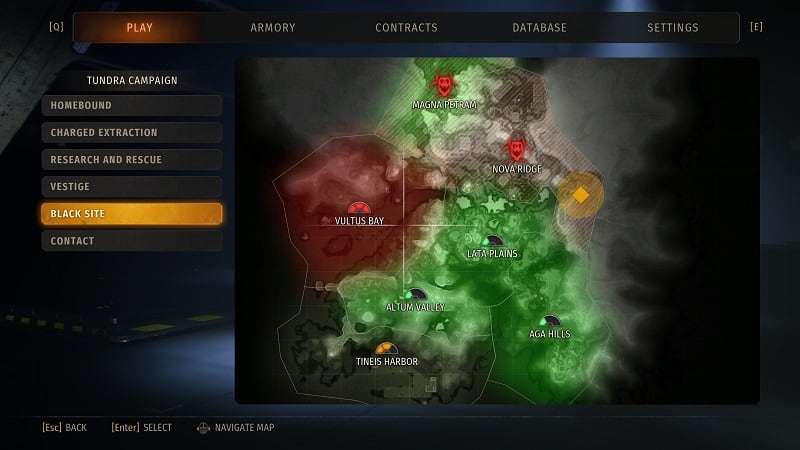 After a week of testing out Second Extinction, it’s clear that Systemic Reaction has developed a real juggernaut in the cooperative action shooter genre.  Solid controls and truly challenging gameplay deliver an engaging experience full of thrills and excitement.  It’s a love letter to fans of Left 4 Dead, Dino Crisis and Turok.

It’s an addicting adventure that will keep gamers entertained for hours on end and one of the best Early Access builds I can remember playing in a long time.  We can’t wait to see what new creatures, maps and weapons are around the corner.