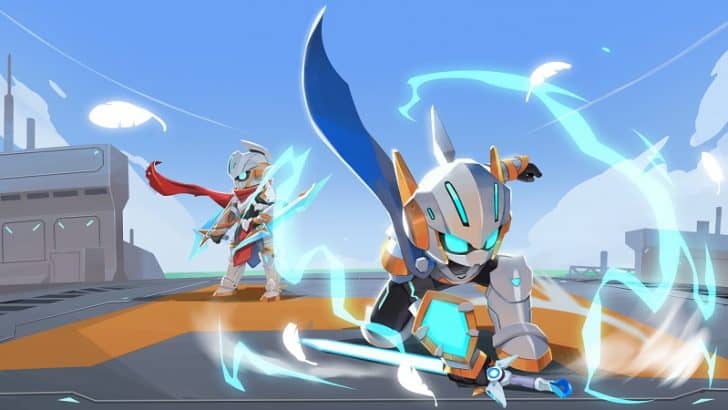 Today we are taking a look at the latest game from Fairplay Studios titled “Fallen Knight”.  It’s a colorful retro action-platformer, very reminiscent in many ways to the iconic Mega Man series in its look and gameplay.  Let’s see if it gives the popular blue robot a run for his money.

Knights of the Round Table 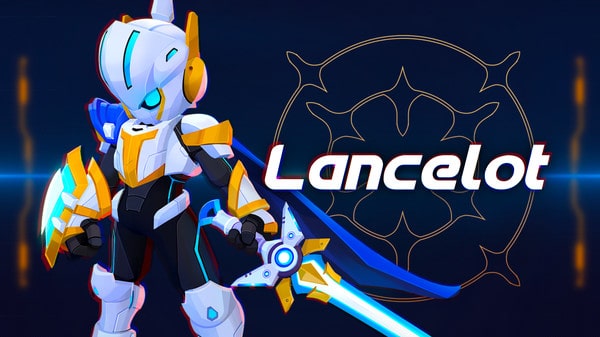 This story kicks off with a battle taking place between the Knights and an enemy group who call themselves The Purge.  Their name is quite fitting, as they are looking to destroy and wipe out the once peaceful civilization of Neo Utopia.  The two heroes leading the charge are Lancelot and Galahad, two of the fiercest knights in existence. 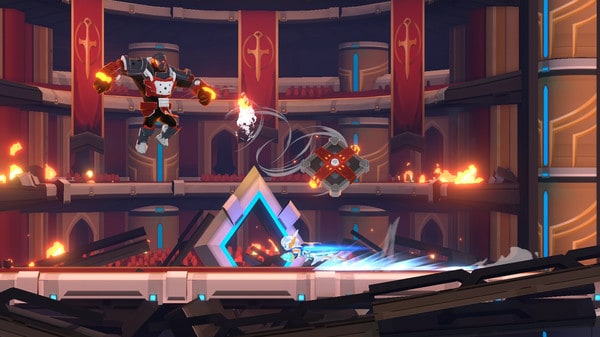 I spent the majority of time with Lancelot’s campaign.  You’ll start off with a tutorial and learn new moves and abilities after beating each stage.

Players can jump, double jump, dash and slash their foes to oblivion with a cold steel blade.  Parrying is a big part of the game and it enables players to disarm or assassinate their foes.

There are enemies on the ground, in the air, one’s with a shields, drones, helicopters and bosses that will absolutely make you earn the win.  With each stage you beat, you’ll earn points that can go towards upgrades for health and skills (such as being able to regenerate a small portion of your life bar). 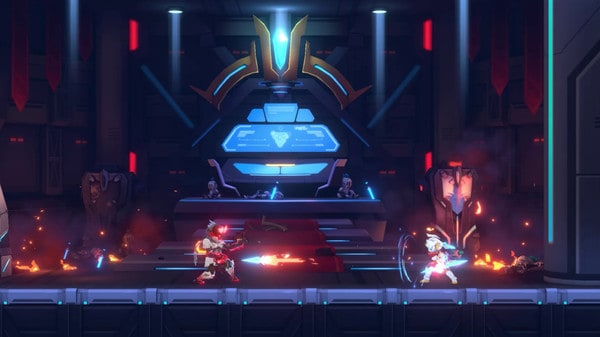 The combat and controls felt great overall.  While I couldn’t ever parry a boss successfully, I was however still able to rip around most levels at a frantic rate, which is really fun.  The platforming side felt responsive and solid as well; as we were running and jumping off of walls with ease after just a few attempts. 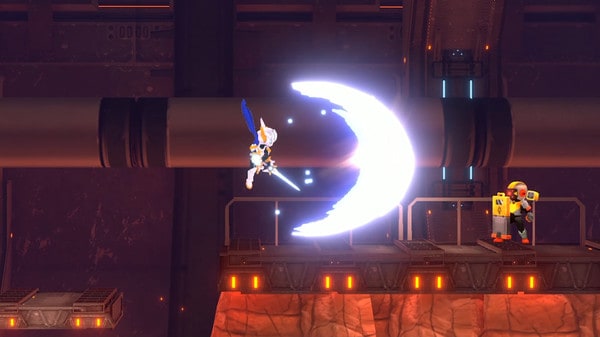 The graphics and presentation were impressive as well.  I particular enjoyed the visuals, music and art style created by the team; it’s very retro and fitting.  It highly resembles some of the gems from the 16-bit era in many ways and that’s a big plus for me.  I would have liked to have seen more levels, but it’s still a really good value and delivers fun engaging content; competitively priced at $14.99.

Fallen Knight has a lot going for it.  Retro gamers or those fond of Mega Man, will no doubt be drawn to this action-platformer.  Each stage is action packed and while some areas can be challenging at times, the 6 Boss Fights are the real gem here.  This is where you’ll get punished for any little mistake.  You’ll have to master their movements, attacks and discover weak points,  if you wish to come out victorious.  As always, it’s a awesome feeling when you finally slay the Boss and clear the Stage!

I hope we see some future DLC with more levels, bigger Bosses and maybe a new playable character or weapons to keep the action going strong.  This is a great start for the new IP by Fairplay Studios and with any luck, we’ll see a bigger and bolder sequel.