Ruiner is a brutally fast and difficult twin stick shooter developed by Reikon Games.  Hardcore games seem to be the craze right now and this one is certainly no pushover.  It also serves up that higher than normal difficulty in a fair manner. Once you master the tools provided,  you come out victorious and the feeling that comes with each accomplishment in this frantic shooter is fantastic.  Making the gameplay challenging doesn’t guarantee you a great game though; luckily Ruiner has much more behind it. 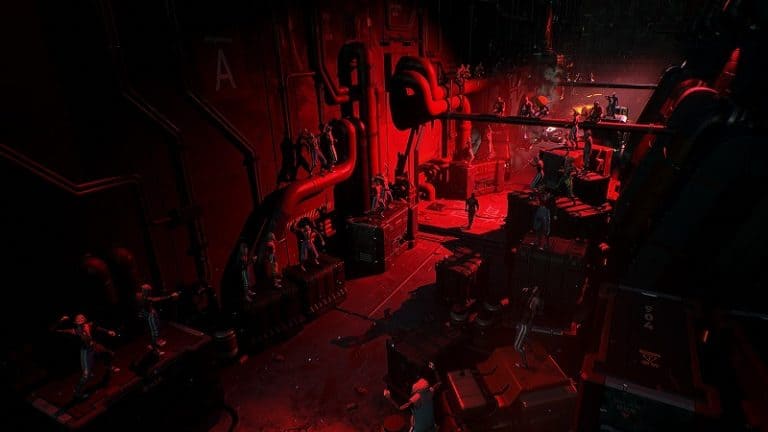 The cyberpunk world and characters in Ruiner are soaked in futuristic and sci-fi tones.  The way Reikon Games focuses on the color red and muted neon lights is a perfect fit for the game and well implemented against the dark shadows of each level. The particle effects and artistic style make the game really pop.  While you might find yourself in too much darkness at times, the enemies carry a red glow that clearly shows their position during these temporary environmental blackouts. The city of Rengkok begs to be explored.  Its presentation is excellent, but you might be a little disappointed in the lack of content you find here.  The campaign itself is what you hell bullet junkies came here for though and it’s a riot.

To fight off the game’s enemies, you’ll be equipped with both weapons and special abilities that include dash, shields, stun grenades and berserker mode.  As can be expected, these will be unlocked and can be upgraded as you progress through the game.  A unique element in Ruiner is the ability to mix up your skill points and abilities on the fly.  This allows you to adapt to your enemies which can be crucial to surviving each horde, mini boss and boss battle in this game.  I found myself prioritizing dash over the rest, but I’m sure this will vary from player to player. 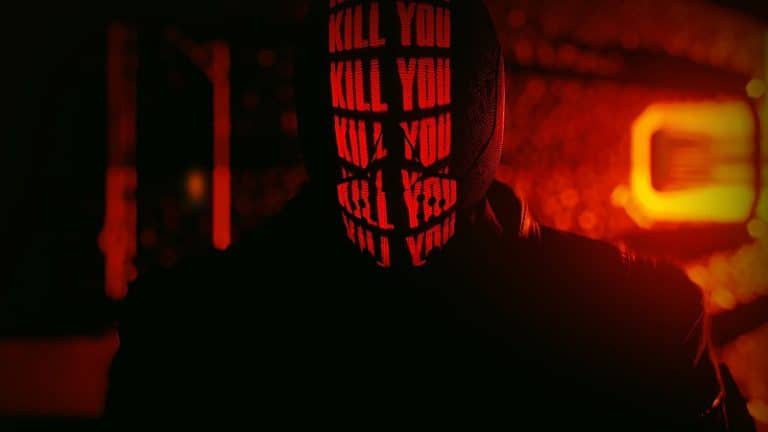 The story isn’t the high point of Ruiner.  You have been rebooted by a hacker in order to find your brother.  With such an interesting look and style, this certainly could have been more fleshed out.  While that certainly is lost potential, the core rabid gameplay is what will keep you entertained for many hours.  I really enjoyed the soundtrack as well.  Reikon Games nailed it with satisfying riffs to keep players engaged and pumped for each firefight and boss battle.  The game’s hub maintains a somber tone and melody that again blends really well with what’s on screen. 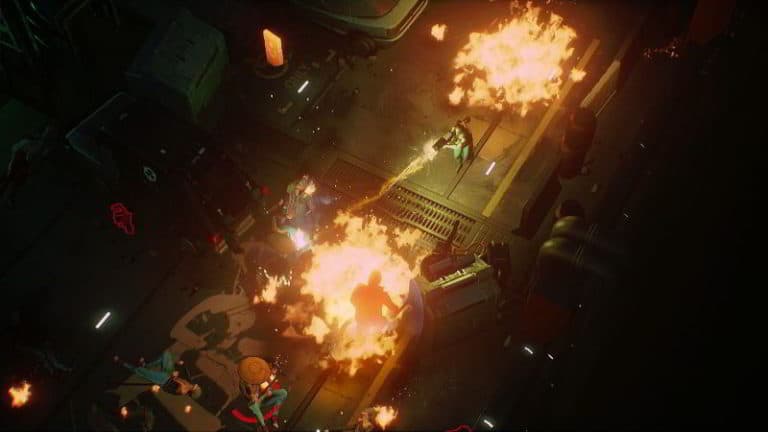 Ruiner offers up some serious frantic action for those looking for a solid challenge and engaging twin stick shooter. Its presentation is excellent and well executed, dazzling players with fantastic particle effects, an impressive art style and killer soundtrack.  Fatigue can set in after a while, with there never being a dramatic change in scenery, but Ruiner ultimately delivers an outstanding and well crafted twin stick shooter experience for the price point.