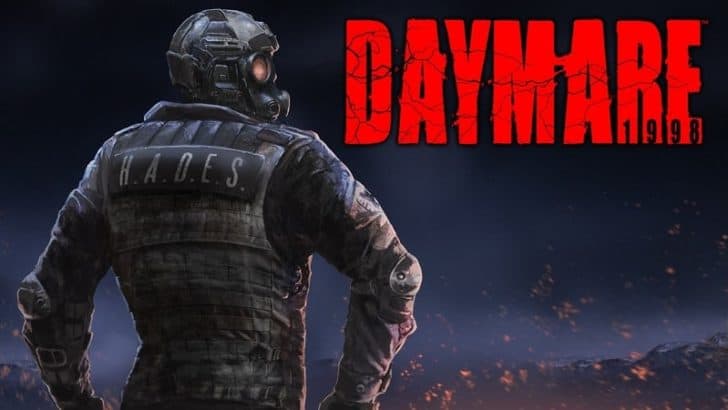 Daymare: 1998 brings back the brutal difficulty, inquisitive puzzles and many of the raw gameplay mechanics that were created with the very introduction of the survival horror genre.  What first started off as an unofficial RE2 remake titled “Resident Evil 2 Reborn” by Invader Studios, eventually evolved into its very own game.  It promised to terrify gamers with an retro experience highly reminiscent to the late 90s horror games that first started it all.  Shockingly, this was also accomplished by a small team of just around 10 individuals, who’s passion for gaming and horror brought forth Daymare: 1998. 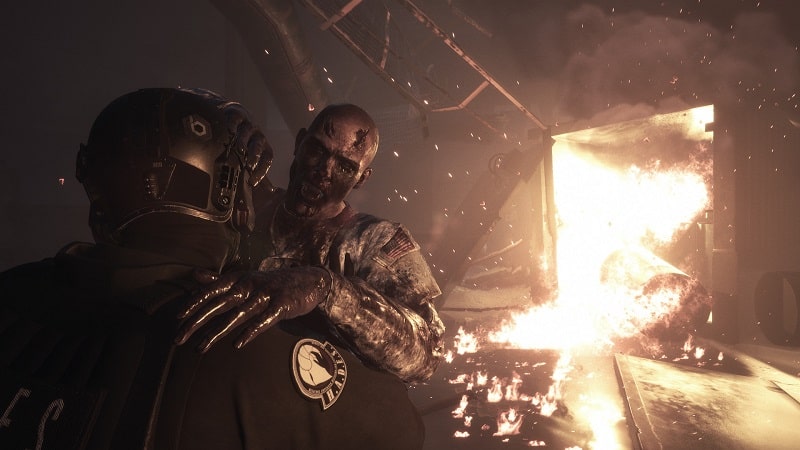 The game’s story revolves around three core characters, alongside a supporting cast for some clever plot twists.  You’ll see how the deadly events play out from different perspectives and timelines, where all paths eventually lead to a climactic showdown and gripping ending.  The protagonists in the campaign include multiple members from the special forces team cleverly known as H.A.D.E.S and a local forest ranger that is at first glance, just appears to be caught in the middle of the madness.  Sam’s connections to this horrific event however, goes way deeper than he could have ever imagined.  His hometown Keen Sight in Idaho is ground zero for a contagion that turns the peaceful rural countryside population into monstrosities that only mutate into worse creations as time presses forward.  With every minute that passes, the level of danger grows exponentially. 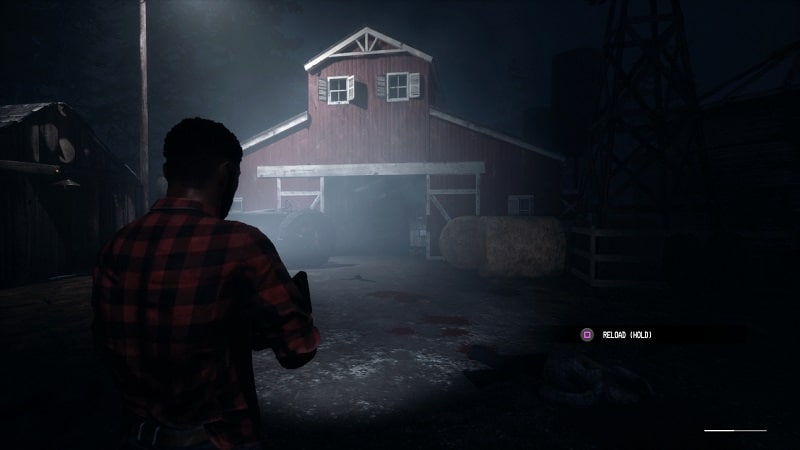 In place for this adventure is the beloved third person perspective, that is an absolute staple for this specific genre and era.  Your movement is deliberate and slowly paced, where each decision must be strongly calculated.  There are steep repercussions for carelessly charging forward and getting caught off guard from what lurks within the shadows.  The undead will attack you with unpredictable speed and erratic movement, quickly bringing you to the Game Over screen. 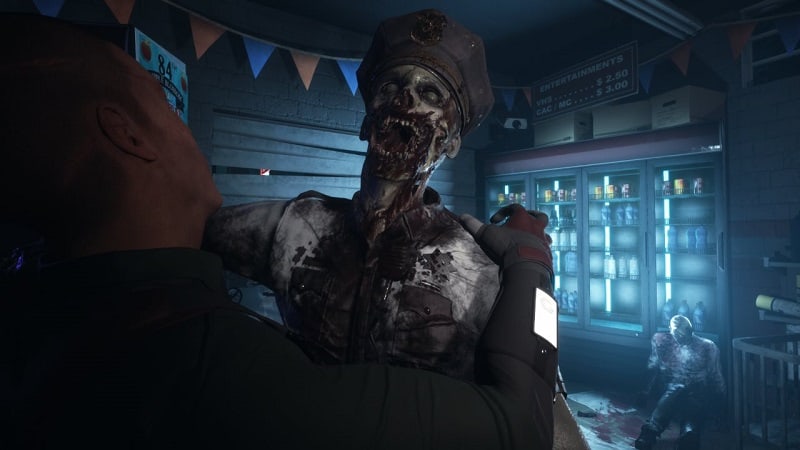 Health and ammo are scarce.  You won’t be running and gunning through this one.  Keep close tabs on what you have and only use health and stamina packs when absolutely warranted.  Accessing these and the rest of the game’s fundamental data in-game is accomplished through a interactive wrist band with LCD screen.  You’ll source your inventory here, view the area map, note your health condition and most notably load your firearms through your device.  This is a new gaming mechanic that absolutely heightens the tension with every new room and enemy encounter.  Players will have to manually load each clip and its corresponding clip.  No easy reload button here unless you are lucky enough to be packing multiple fully loaded clips.  On top of that, the game does not pause as you are making these adjustments, upping the difficulty even further.

It makes you face every encounter as tactically as possible.  When you are swarmed by more than one enemy, you can go from being in total control into a state of pure chaos; leaving you running for your life.  Often you will have to do just that to survive.  Evading your enemies strategically, allowing you just enough time to load those last few remaining bullets are what slowly advance you through this story.  Be precise, aim for the head, keep your clips loaded and don’t be surprised when the undead get back up. 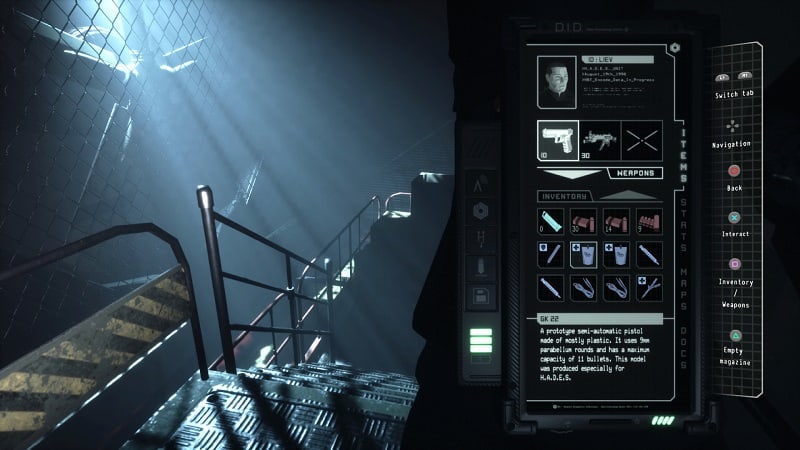 Exploration is key, as it’s mandatory in finding supplies and also uncovering more details about the disturbing events unfolding before you.  There are several nightmarish sections within the city of Keen Sight and each one features fantastic lighting, haunting sound and great level design.  This includes a creepy hospital that’s a perfect fit for this premise.  You’ll also be exploring downtown where the city is ablaze and utterly consumed by the undead.  Later you’ll have to escape treacherous sewers that are crawling with villainous creatures, where fight or flight are the only two options.

Each level presents players with unique puzzles to solve that is another extremely nostalgic element RE fans will really enjoy.  Some are really tough too, with one involving replicating a Morse code transmission.  Near the end of each chapter, there will be either a boss or immense challenge awaiting you before proceeding further into the game and character arcs.  The difficulty is without a doubt steep at times and there is no hand holding of any kind in place.  Know this beforehand and prepare accordingly, and you’ll find a truly rewarding survival horror experience.  As you advance, you’ll gain further insight into each of the protagonists roles, personality and background within this exciting 20 hour campaign. 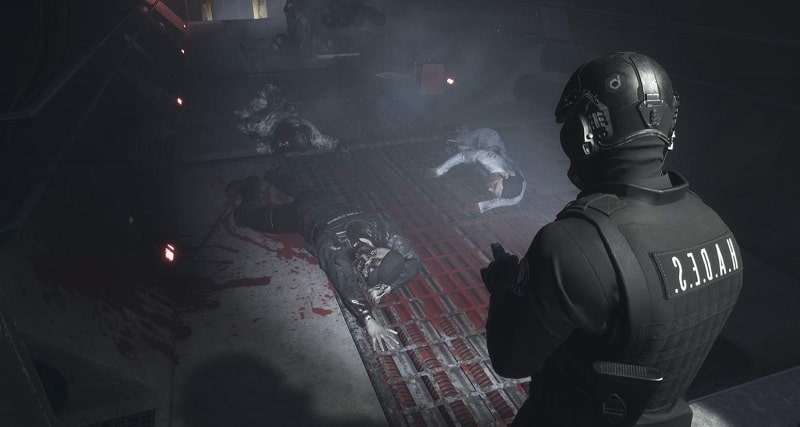 Graphically the game is obviously not a huge budget AAA release in terms of effects and polish.  For the goal of this project though, this isn’t a negative aspect in my opinion.  I honestly felt the arty style, animations and overall presentation delivered here helped tremendously in giving this game the classic RE vibe that the team has spent so much time honing in on.  It’s gritty, dark and visceral, which certainly draws you into this delightful retro horror throwback.  It’s full of cheesy dialog and cutscenes; I wouldn’t have it any other way for this title.  If you manage to beat the game (and I strongly urge all to persevere to completion), make sure to wait for the credits to finish, as there is something extra special waiting for gamers after that point.  Another really nice touch by the dev team.

Daymare: 1998 by Invader Studios brings back that feeling of dread, where behind every door and around each dark corner something terrifying is patiently waiting for you; instilling that distinct fear and excitement that only true survival horror games are able to produce.  This game was crafted with care for those who especially love the classic Resident Evil games from the 90s and their distinct gameplay elements.  If you are a member of this club, don’t dare miss out on this venture.