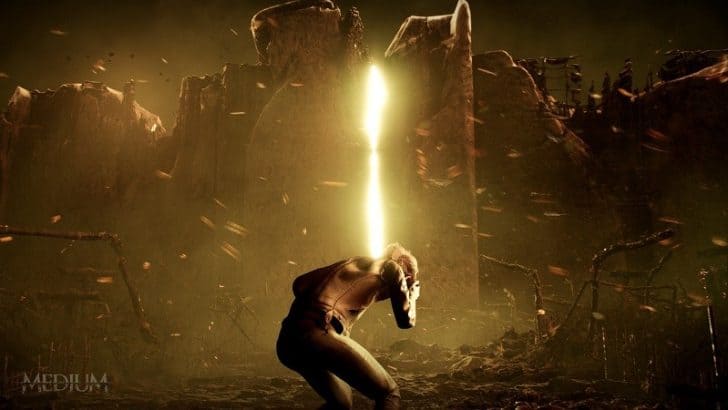 A immersive and terrifying Survival Horror game is just about impossible to beat in our book.  The immersive atmosphere and thrills this genre can deliver is second to none.  Blooper Team’s latest release, The Medium, is a brand new IP that introduces some truly innovative psychological gameplay elements into the mix, alongside a gripping story and chilling experience from start to finish. 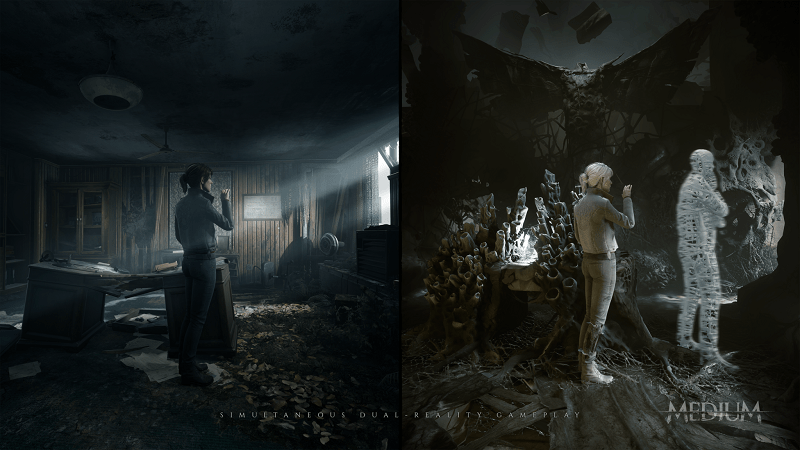 The Medium brings a unique angle and gameplay experience to the survival/psychological horror genre.  Marianne is the game’s protagonist and has unique abilities and insight to the spirit world.  This is both a gift and curse, as it allows her to help those that are trapped…but also puts her in direct contact with evil creatures not of this world.

Both worlds are rendered at the same time at many points and look phenomenal on the Xbox Series X.  I found myself exploring everywhere and just stopping to look at the gorgeous visuals and attention to detail found throughout the campaign.  It has a fixed camera, that pulls of some truly cinematic shots.

“It really brought be me back to the pre-rendered backgrounds of the early Resident Evil games and chilling atmosphere from the Silent Hill series…not a bad combination indeed.  Fate would even have it, that Akira Yamaoka would be brought on board to join the team for this release.  He composed several Silent Hill games, as well as the first film and its direct sequel.”

The Blooper Team at their Best 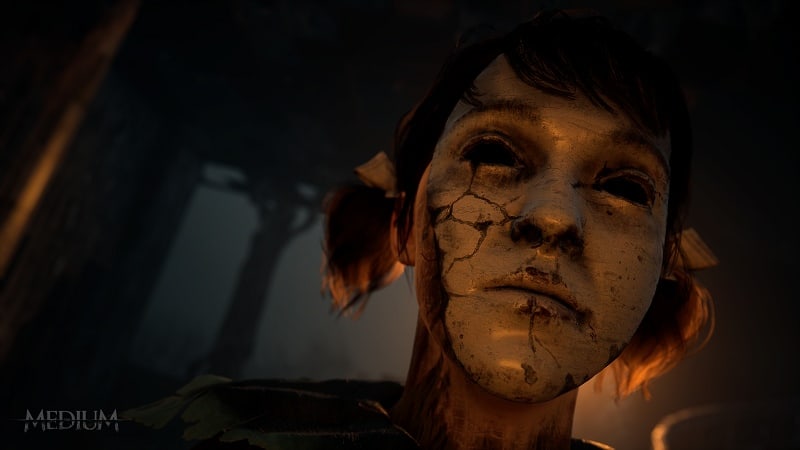 The Blooper Team are no strangers to horror, with such titles as the Layer of Fear series and Blair Witch.  The Medium looks to be their biggest hit yet though and for good reason.  It’s immensely polished, intriguing and keeps you on edge throughout the entire campaign due to what lurks in the shadows…and is eventually hunting you between both worlds.  Even the words spoken by this demon as he searches for Marianne will send chills down your spine.  After the game’s initial introduction, that sees Marianne preparing for her adoptive father’s funeral in Poland,  the main venture sends our heroine to the Niwa Hotel.  It’s an old and seemingly desolate building that holds many secrets and an evil entity that is desperate for Marianne’s flesh.

The split dimensions are not only really exciting to experience, but offer some great puzzles along the way.  I loved how you never truly felt save in either world (a critical factor for any horror game) and how each began to tie-in to the other in unique ways and even bleed over in some aspects.  You can’t fight back or defeat anything here; simply run, hold your breath when the evil entity is close and whatever you do…don’t get caught. 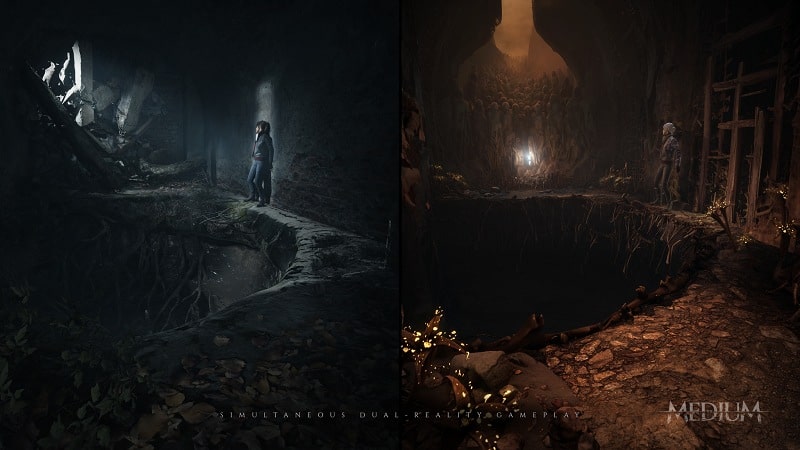 Within the spirit realm, Marianne can find power sources to aid her along this journey and can even offer players a one-time deflection in some instances, if you find yourself in the demon’s crushing grasp.  She can also form a shield around her for progressing forward in certain areas in the alternate dimension that would kill her without this ability.  Marianne also has the gift of insight, that allows players to identify objects of importance and even witness memories from “said objects”.   This drives much of the story’s narrative alongside cutscenes.  There is plenty of lore to be found for those that are willing to search and explore each area.  This unique adventure should last you around 8-10 hours.  It’s one of our favorite releases of 2021 so far and a great showcase for what the Xbox Series X is capable of.  This is also on the Series S, capable Windows 10 PCs and available to all GamePass subscribers. 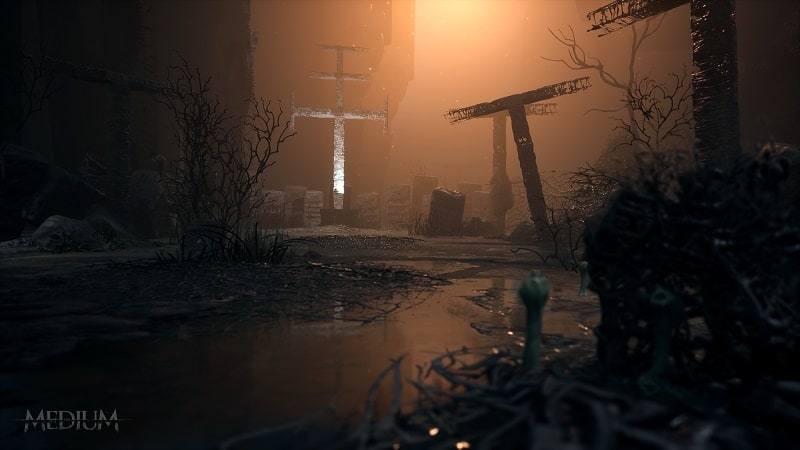 The Medium brings a truly unique psychological horror experience to the Xbox Series X.  It’s visually stunning, bringing back fixed camera angles that make it feel amazingly cinematic and nostalgic in presentation.  The dual-dimensions implemented here really set it apart from anything else on the market right now.  For gamers that enjoy the horror genre and are possibly looking for something different and equally terrifying, this is one title you have to experience.  Play it at night, crank the surround sound (or headphones for the brave) and prepare yourself for some hair raising gameplay. 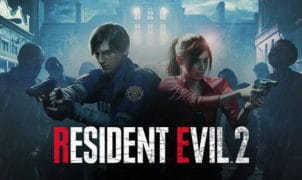