Warhorse Studios has released their ambitious open world RPG called Kingdom Come: Deliverance.  It’s an extremely realistic take on the 15th century.  Think of it as almost a simulation.  It contains very little in the lines of tutorials, how to fight, and basically leaves it up to you, the player,  to figure out how to survive the long and treacherous journey ahead.  This fact will either make you wild about the game and cause you to dive deep into its world, or simply drive you mad.

Let’s get back to the game’s combat.  This is no doubt a big draw for those interested in Kingdom Come: Deliverance.  It’s something you will have to spend time learning and can be quite difficult in the beginning.  If you run into battle simply mashing buttons, you will die quickly.  Players need to be patient, strategic and constantly adapt to your opponents actions.  When your player takes a strong blow from a sword or heavy weapon, the likelihood of you surviving is slim.  I feel this is one of the game’s strengths, as it adds depth and consequence to each fight, and it’s something players have to master.  It’s a great feeling of achievement as you grow more experienced with your blade or weapon of choice, and can eventually go into combat confident and victorious. 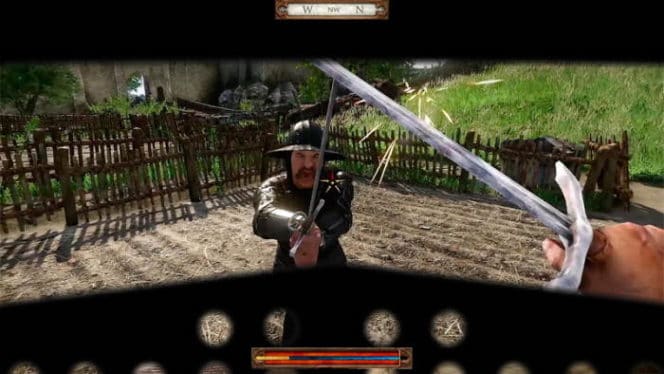 Realism was the goal here from Warhorse Studios, and it’s something players will likely have to adapt to.  The little details like your impaired vision from your helmet help to make it a really immersive and believable experience.  It’s a different type of difficulty than what is offered from the Souls series for example, but it’s just as engaging once you accept the rules and start learning from your mistakes. 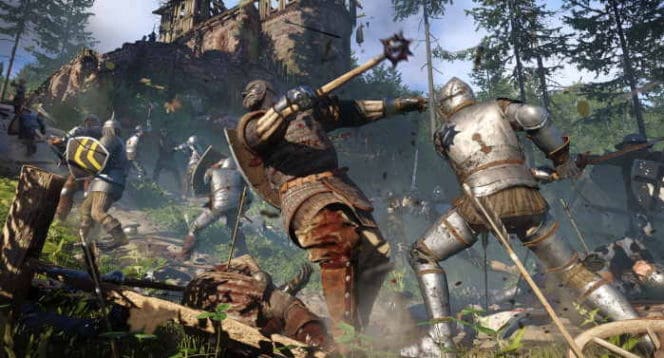 The environments and graphics in KCD are fantastic.  Players will travel across huge landscapes, rich in color and detail.  Gamers play as Henry, the son of a blacksmith who’s family has been slain during a brutal war in Bohemia.  Revenge and justice is the immediate goal here and it won’t be an easy task.  Death can be around every corner.  This could come from the business end of a blade, spear or arrow; as well as the possibility of being arrested for breaking the law and being left to rot in jail.  It’s an impressive world that Warhorse Studios has created here.

There are some hiccups along the way however, such as mission breaking bugs that are still present.  These can lead to serious frustration, due to starting areas of the game completely over.  With this in mind, players will want to save as often as possible.  This is accomplished through many methods such as drinking Savior Schnapps, sleeping in a beds along the way or by simply starting a new quest.  There is a lengthy amount of missions and ground to cover in KCD.  Nothing is over the top.  There are no dragons to slay or mystical beasts to defeat, but again this is a historical Action RPG and it offers up it’s own unique experience that will give players 60+ hours of entertainment. 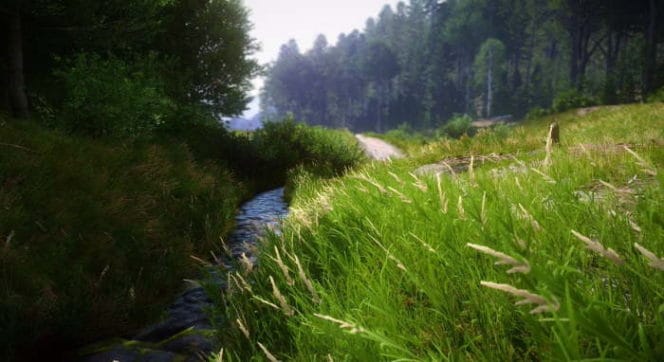 Kingdom Come: Deliverance brings something new to the table for gamers in 2018.  It’s historically accurate in just about every aspect and this is how it stands apart from the somewhat saturated selection of open world RPG’s.  If you are down for sharpening your own sword and making every swing of your weapon count in this realistic take on the 15th century, this just might end up being your game of the year.

Kingdom Come: Deliverance is a story-driven open-world RPG that immerses you in an epic adventure in the Holy Roman Empire.