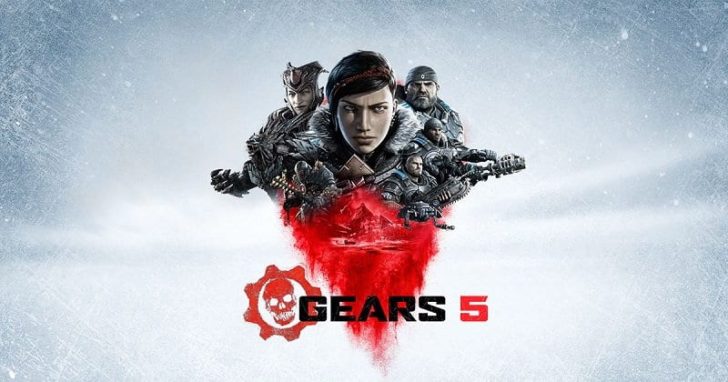 Marcus Fenix and company are back in action with Gears 5. The team has assembled once again to eliminate the Swarm in the biggest campaign ever created by The Coalition.  This venture immediately follows the events that transpired in Gears of War 4 and puts Kait in the spotlight.  Her journey is one of revenge, fueled by a devastating loss and questions that must be answered regarding her connection to the Locust.  A war is coming and with it an insidious army that must be wiped out if humanity is to be saved on Planet Sera. 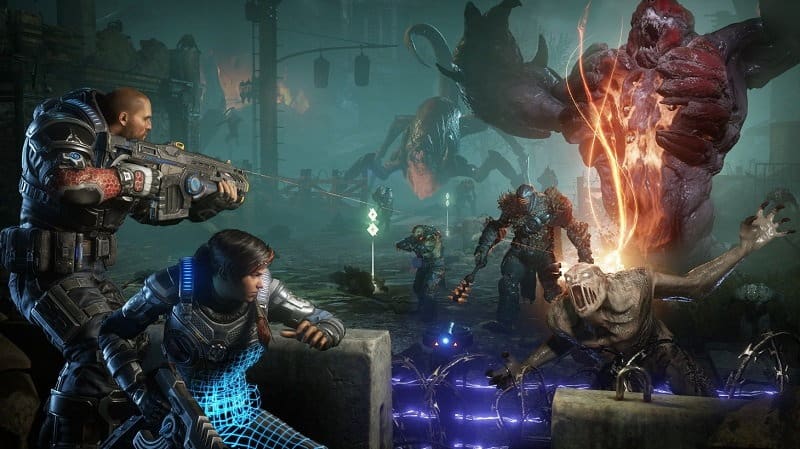 Gears 5 places the emphasis on a new character for this outing. Kait has been tormented by the events that took place in Gears of War 4. Del and JD are here alongside an even grumpier Marcus Fenix to help her along the way. Players will also be assisted by Jack, the support bot you can’t help but love. He’ll have your back when needed, zapping enemies R2-D2 style to give you a second to reload and catch your breath during firefights.

“This crafty little robot can also make you invisible, retrieve weapons and even boost your actual strength; enabling you to hulk smash enemies.”

If you finished Gears of War 4, you’ll know that there is something connecting Kait and the Locust. The game kicks off with a fantastic recap of previous events that will give you a clear picture on why The Coalition chose Kait as the protagonist for this story. It’s a refreshing change and the plot is now set for an epic adventure.

This very well could be the best campaign in the series. The voice acting is excellent and there are plenty of big moments that will no doubt pull on the heart strings of those that have followed this franchise over the years. From even the very first act, you’ll experience some thrilling scenes that push the pace, excitement and scope this series is known for to new levels.

Everything in Gears 5 is a direct result of fine tuning the core gaming mechanics that made this franchise one of Microsoft’s biggest IP’s. The cover based shooting has never felt better. Every gun feels incredible, dealing major damage with realistic weight and recoil. Headshots seemed even easier to pull off in this latest outing. The special effects from exploding enemies to brutal melee attacks look absolutely menacing. The grenade launcher will no doubt put a smile on your face on more than one occasion.

There are however some new paths taken for Gears 5. The Coalition has went for a more nonlinear approach, giving players a much wider range of choices in how they tackle each area and the hostiles within. Once vehicles are obtainable (including a sled equipped with a massive sail), you can and will want to explore the area; reminding me fondly of going for joy rides once discovering the Warthog in Halo: Combat Evolved. Here however, you can find additional objectives that will reward players with new information from the storyline, upgrades and even collectibles.

When you are emotionally invested in the characters you are playing, the game is that much more enjoyable and immersive. The relationship that is depicted between Kait and Del really draw you in to their situation and circumstances. The fact hits home that while there was a time she despised the COG squad, she’s now fighting side by side with them. As I progressed, my anticipation heightened in unraveling the mysteries that Kait so desperately wants answers to.

The landscapes and terrain found in Gears 5 looks phenomenal. This may be the best looking shooter on the Xbox One X. The opening act opens up sporting lush environments full of color. Players will also traverse across frozen tundras, snow covered vistas and a red desert where the skiff truly shines.

There is an impressive amount of destruction, lighting, particle effects and physics taking place, all while retaining silky smooth frame rates that results in outstanding gameplay. It’s simply a beautiful game with stellar performance behind it.

Gears 5 is a brutal and absolutely gorgeous cover based shooter that has not only fine tuned the key elements that the franchise is famous for, but has branched off the beaten path to create new experiences for the series. The storyline and character building stands to be the best yet. It consists of a team full of personality, including your trusty robotic comrade. This is also backed by the largest campaign to date and cements itself as the reigning 3rd person shooter champion on the block.

Sera is crumbling, your enemies uniting. Humanity’s reliance on technology has become their downfall and enemies are uniting to wipe out all survivors. As Kait, journey back to uncover the origins of the Locust, and fight with your squad to protect what’s left.