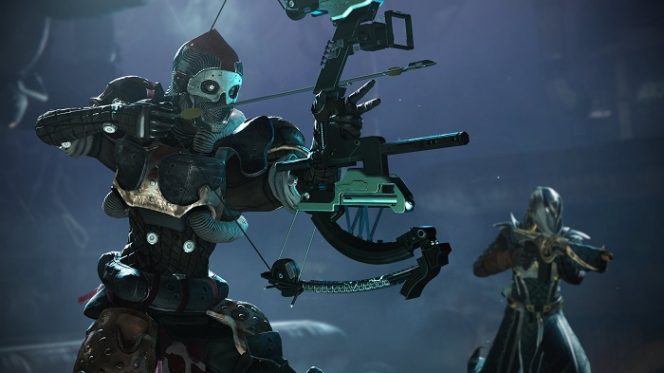 Gamers have been playing Destiny 2 now for over a year.  Since its launch, we have seen three expansions that include Curse of Osiris, Warmind and the latest which is called Forsaken. If you’ve yet to try out Destiny 2, now is a great time. Brand new players will be able to auto-level in order to drop right into the brand new Forsaken campaign.

The new campaign content has really impressed us in this latest expansion with its darker tone and excellent story. Before reading on, be warned there will be some light spoilers revealed going forward, as I dive a bit into the story and characters that makes Forsaken’s missions such a treat to play-through. If you want to avoid any and all spoilers at the moment, I’d stop reading here till you are ready.

Revenge stories can be the most powerful and impactful experiences for players. It stirs up deeper emotions, creating a greater connection and immersion for players to the game’s plot and characters. These missions can also be played in any order you wish. Thankfully each one is unique, offering new features and surprisingly memorable mini bosses full of personality that really amp up the fun factor.

Gamers start out Forsaken tasked with enforcing the chaos that has broken out at the Prison of Elders. As the action ensues, you find yourself overwhelmed, surrounded and the odds of survival are already looking slim. Unfortunately for Cayde-6, this will indeed be his last venture. It’s this horrific event that leads you to the Reef and to avenge your friend. It’s now up to you to locate everyone who played a part Cayde-6’s death and to make them pay dearly for their involvement. All this action takes place at the Tangled Shore and Dreaming City. 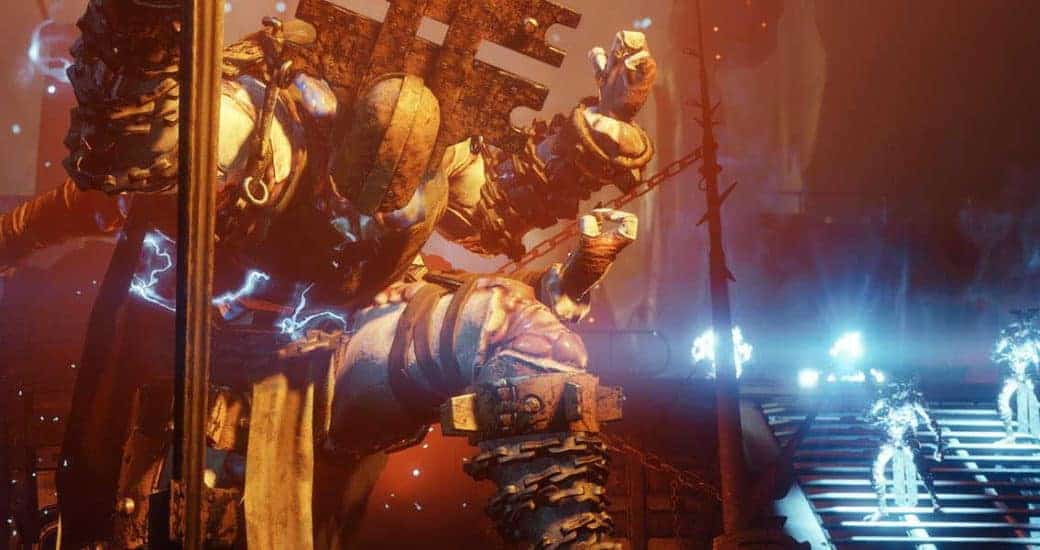 You’ll be fighting some incredibly difficult battles against highly formidable Barons that each have distinctive personas, fighting styles and quirks that make each interaction and battle far different from the last. Players will also face off against a fearless mutated race known as the Scorn. They can move incredibly fast and also explode at death which you have to keep in mind if you find yourself surrounded by these monsters. Forsaken has a fantastic mix of enemies, bosses and pace that in combination with the excellent presentation, make it a phenomenal campaign and overall experience for fans.

The Forsaken expansion includes 4 new Strikes, “Warden of Nothing, The Corrupted, The Hollowed Lair and Broodhold” (PS4 Exclusive). In regards to the Strikes, the formula remains the same in that you wipe out hordes of enemies, varying in difficulty till you make it to the Boss. They still are incredibly tough and require teamwork to succeed. Power levels can be selected for desired difficulty on each. It also has higher level caps (50 for your characters and up to 600 for weapons and armor). Of course many are looking forward to the upcoming Raid titled “Last Wish”, which will kick off September 14th and take place at the Dreaming City. 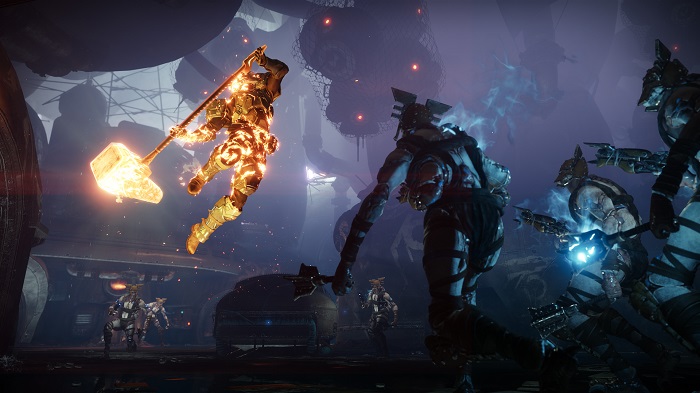 One mode that seems to be a big hit with the overall playerbase is Gambit. It’s a mix of PvE and PvP where two teams square off on two maps. Your objective is to retrieve as many motes as possible. There are opportunities during these matches for a single player to breach their competitors map, in hopes of causing chaos and if nothing else a distraction to give your team an advantage. It’s a lot of fun and is another example how this third expansion has breathed new life into Destiny 2.

The weapon system sees changes and new additions as well. Players have a greater scope of options in designing their favorite firearms.  Also expect extra perks, an additional slot for specific weapons and new options for exotics.  You’ll likely be swapping out your older legendary and exotic weapons because the newer weapons allow for the higher level caps. One of the more talked about additions is the combat bow. It packs a punch and is extremely fun to use as it offers serious coverage for those that like to keep their distance. For gamers that like it up close and personal, it’s also capable of unleashing impressive damage at close quarters; it could become a fan favorite. 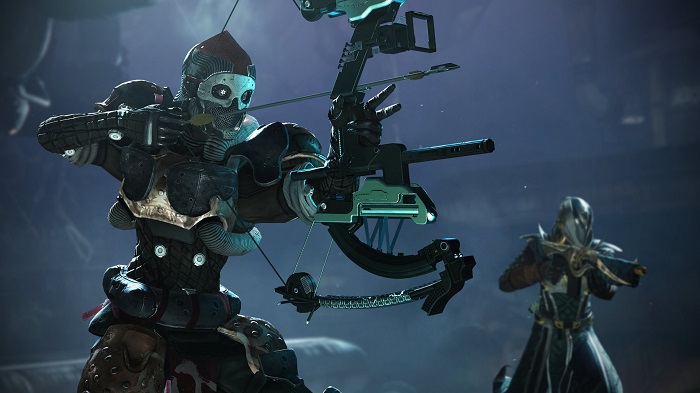 While we still have to wait till the 14th for the Last Wish raid, it’s clear the Forsaken Expansion for Destiny 2 is without a doubt incredibly impressive.  Update: The Last Wish raid is now open and the first to claim victory is Clan Redeem.  It took them nearly 19 hours to finish it.  It’s confirmed it’s even more difficult than predicted that consists of five encounters and the power level needed to survive it is honestly a bit higher than what’s recommended…so prepare yourself.

Some really awesome things occurred when Clan Redeem beat the raid;  ranging from a new Strike, Cutscene, Mission and even a new Map for the popular Gambit Mode.  The best part is all these changes were made available to all players.  To see all these new additions ripple through Destiny’s 2 world after the first clan beat the Last Wish raid is just another high level move by Bungie to make this expansion the best yet.

With the first raid complete, it’s official.   Forsaken offers a highly polished campaign with truly memorable boss fights, missions and an engaging story line from the very start, which is just the beginning of this adventure.  This expansion also includes a revamped weapon system, the immensely popular Gambit Mode, 4 new Strikes and the extremely difficult Last Wish raid that unlocks even more amazing content for fans.  Once you take all these factors into consideration, you begin to realize Bungie has crafted something quite special for Destiny fans.  It delivers a feature rich package that is undeniably an attractive offering for new comers yet to experience the franchise and even more so for those previous players that have since moved on.  Come on back, you won’t regret it.

Destiny 2: Forsaken is a major expansion for Destiny 2, a first-person shooter video game by Bungie. Released on September 4, 2018, as the third expansion of Destiny 2, it revolves around the player's Guardian seeking to avenge the death of Cayde-6 by the hands of Prince Uldren Sov.