Call of Duty: WWII is switching things up with departing from the series more recent focus on futuristic warfare.  I still vividly remember picking up Call of Duty 2 for the PC 12 years ago and maxing the game out on my rig.  I was blown away with the attention to detail, the sound and overall presentation at that time.  It was a thrilling experience back in 2005 and now Call of Duty: WWII is once again providing hours of entertainment with its fantastic visuals, storyline, multiplayer options and cinematic gameplay. 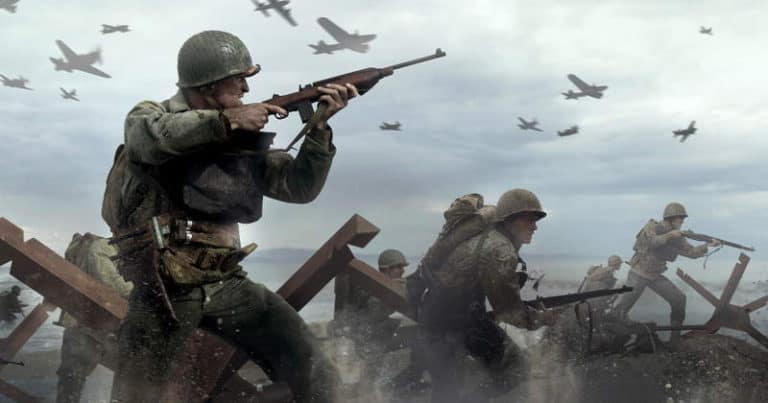 Players start the campaign storming the beaches at Normandy, the largest seaborne invasion in history.  Gamers take the role of Daniels, a Private in the First Infantry Division nicknamed “Red”.  Daniels engages in some of the most epic battles from WWII, including the liberation of Paris and Battle of the Bulge.  He’s a well rounded warrior that is handy with everything from shooting a sniper rifle to operating heavy artillery.  The character development is excellent and Sledgehammer Games has really driven home the feeling of brotherhood that existed during this brutal war and still does in all the armed services.  Technical Sergeant Pierson and Red’s best friend Zussman, play large roles in the game and help greatly in making the story feel genuine.  This creates bonds with your squad and makes the campaign that much more immersive and personable.  You’ll want to see them make it out alive of each firefight, as they prove willing to put their life on the line for yours.

The chaos in Call of Duty: WWII is as high as ever and it looks phenomenal.  The PS4 Pro uses a dynamic resolution and a native resolution ranging from 1440×1620 to 2880×1620.  It looks fantastic on a 4K TV, and also downsamples for those gaming at 1080P.  The environments, explosions, character models and lighting look phenomenal on the PS4 Pro.  Veterans of the franchise will notice some changes within the campaign’s gameplay.  For example, health packs are back and your health bar will no longer regenerate.  Depending on which difficulty mode you play on, this might force you to change up your playing style.  Get pinned down by too many Germans or find yourself near an enemies grenade will quickly get you to the game over screen.  There are replenishments however, scattered throughout each level and your squad can provide additional support through healthpacks and ammo at times as well.  This ties in to the team and brotherhood narrative that is consistent throughout the game and is a refreshing change of pace for the series. 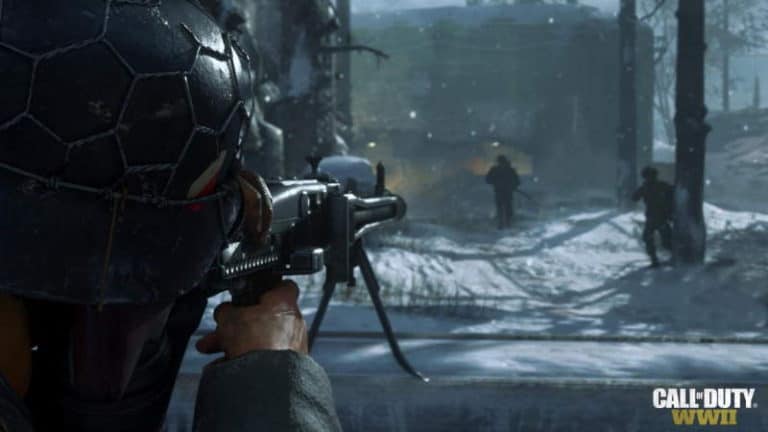 The campaign consists of huge cinematic battles where you are simply fighting to survive among the madness, but there is also quieter moments of stealth that balance out the gameplay nicely.  Players will need to use the cover system to survive and pick their shots wisely.  If you run in guns blazing, you are guaranteed not to make it.  You’ll have opportunities to rescue helpless civilians,  injured comrades or ensure the safety of those that clearly surrender.  These moments help bring out the other side of humanity in war, which is compassion and forgiveness for even your enemies.  Quick time events unfortunately are present and is one specific area that can be surprisingly frustrating.  They are unnecessary, as the standard action itself is very satisfying and entertaining; where the QT events just break up the overall experience and immersion.

The multiplayer scene has a few tweaks as well.  Players now have their own headquarters that has a nice variety of activities to partake in to sharpen your online skills.  There are daily and weekly challenges, training for those new to the series, a firing range and even arcade games.  It’s a nice touch of extra content by Sledgehammer Games that creates a unique lobby environment for players.  When you are ready to take the fight online, you’ll have access to 10 different maps located in Europe.  Submachine guns and shotguns seem to be the popular choice online.  They are very efficient weapons due to the tight layout of most of the maps in Team Deathmatch, Domination and Hardpoint.  For those that enjoy Capture the Flag, there is a new mode called Gridiron that offers some great action where strategy and teamwork play a key role to winning.  Players have to advance a leather football instead of a flag, which was inspired by Advance Warfare’s Uplink mode.  If you are more of a sniper, look no further than War mode.  The objective is either to advance or defend single segments of a map at a time.  If you are pressing the attack, you’ll be on a time limit that enforces aggressive action on your part and makes for some excellent skirmishes. 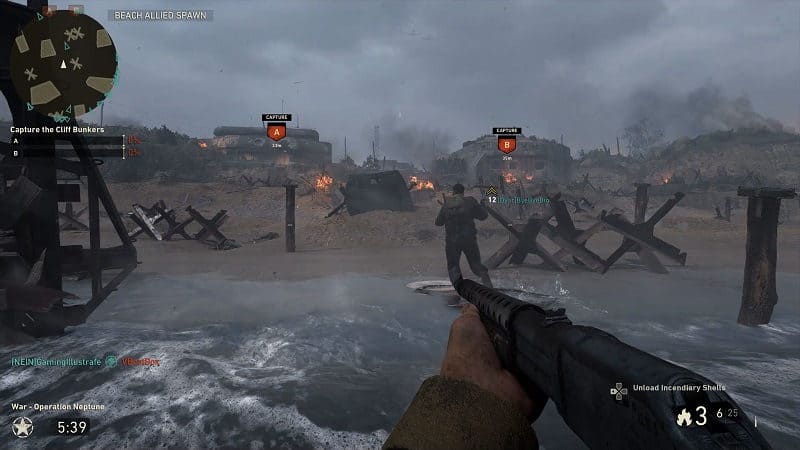 Call of Duty: WWII introduces a new Division Class System that helps players to take advantage of their particular playing style through expansive loadout options.  It’s a more organized and fine robust form of the usual “Create a Class” and offers exclusive abilities depending on which division you sign up for. Players can choose Infantry, Expeditionary, Airborne, Armored or Mountain as their division class.  I enjoyed the Expeditionary class personally, due to the powerful shotgun and the incendiary shells that pack a serious punch.

Zombies return once again in Call of Duty: WWII as The Final Reich.  This popular mode puts players within a village that is swarming with the undead.  In between mowing down walkers, you’ll be tasked with objectives and the further you get, the more details you will reveal about this mysterious town.  It’s tough to not enjoy yourself in this mode, especially when played cooperatively with a friend.  It’s highly addictive as it rewards your progress with upgrades to get even further with every play-through. Supply drops are a Godsend here. Earning one just as you are being overwhelmed helps to create that high tension gameplay that makes this mode so much fun. Some drops might enable players to one shot the undead;  while another might completely wipe out an entire horde that is nearly on top of you. 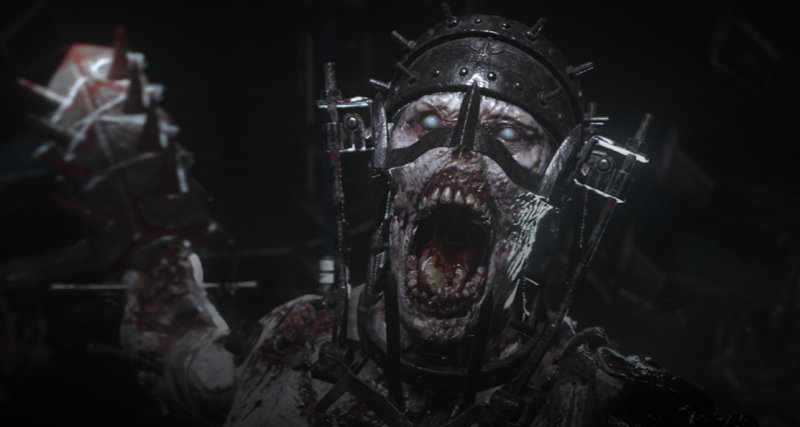 Call of Duty: WWII is a cinematic thrill ride that refreshes the series through excellent story telling and compelling character development.  The meaning of brotherhood is depicted wonderfully in the campaign, offering an engaging, cinematic experience.  The competitive online scene and Zombies mode ensure many hours of replay value beyond the outstanding campaign.  For those that played Call of Duty: 2, it’s a nostalgic trip by Sledgehammer Games, but one that offers many new gameplay elements and features that make it one of the best entries this franchise has seen in years.

Call of Duty: WWII Multiplayer engages players in grounded, fast-paced combat across many of World War II's most iconic locations.