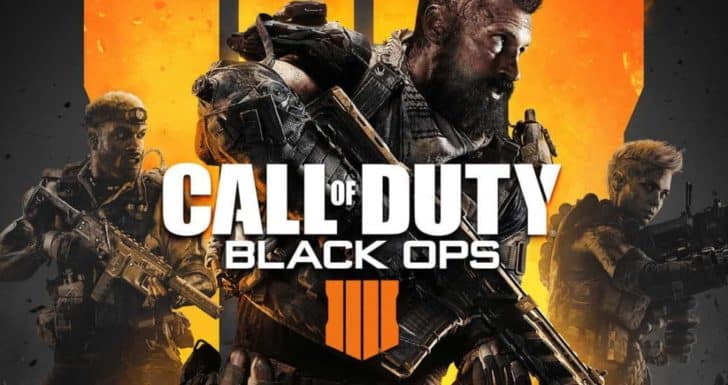 Call of Duty: Black Ops 4 sees the largest day-one digital release in Activision’s history, yet for the first time this year there is no Single Player campaign.  Treyarch’s gamble with putting everything on the line with a strictly MP approach for this release is no doubt controversial, but the overwhelming amount of options, modes, and new additions to Black Ops 4 make a great case for this change and absolutely shows their passion for the franchise.  Let’s dive in to what gamers are getting with this latest entry. 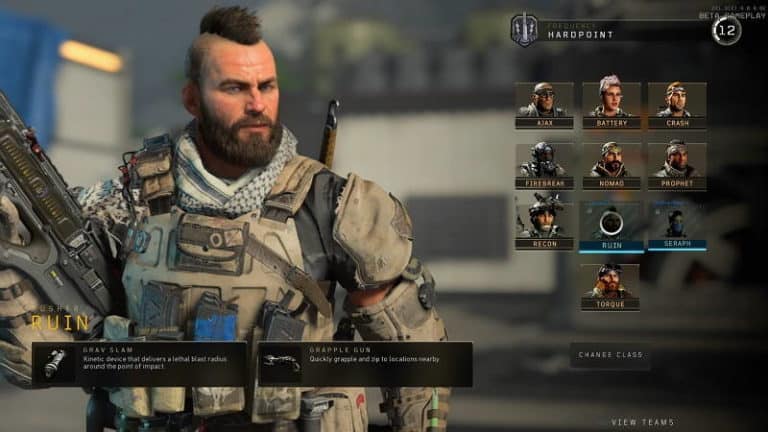 There are 10 new Specialists to choose from that each offer their own unique abilities and specials.  Choose from a Hunter, Demolition Expert, Intel Operator or a Rusher to just name a few.  I enjoyed the speedy claw that the Rusher offers (zipping up to another floor or to cover ground incredibly quickly when needed) and the special slam that deals out massive damage up in close quarters combat.  Nomad, the nature lover, has an attack dog that you can unleash on the map to wrack up points, which can be immensely advantageous.  The Pick 10 system returns where you can thoroughly design custom loadouts that best suite your play-style. 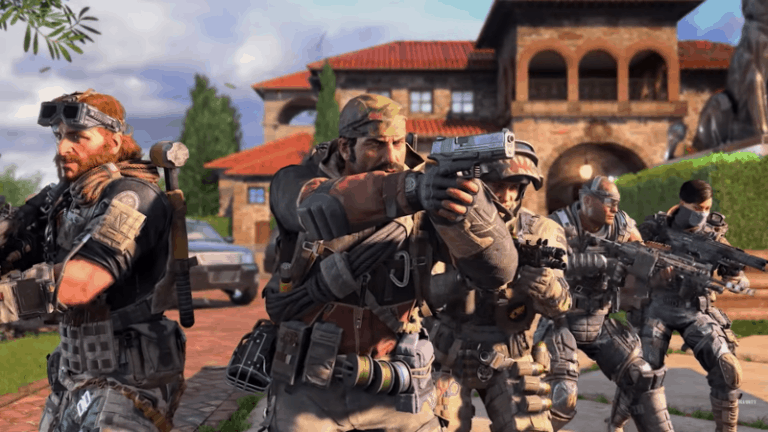 The wall running parkour has been replaced with a more tactical approach for Black Ops 4.  For this entry players will have to self heal (which is on a timer to prevent frequent use), which brings a new strategy in itself when engaging in a back and forth firefight.  Run in and go for the kill, or quickly take cover, hit the heal button and wait to counter?  Rest assured the action is still as fast and frantic as ever.  These are just additional elements that add greatly to the original formula.  The abilities and strategies introduced are a new way to play and is an excellent change of pace.  It still manages to keep the core feeling of Call of Duty gameplay intact, but at the same time breathes new life into it.  That’s a very tough transition to nail, yet Treyarch has somehow pulled it off here.

Players get to choose from 14 Maps at launch and Nuketown releases in November.  There is a great selection here and something for just about everybody.  Engage in Team Deathmatch, Hardpoint, Free for All, Kill Confirmed, Heist and many more by selecting either the Featured tab, Core Tab or Hardcore Tab.  There are modes upon modes to be found here. 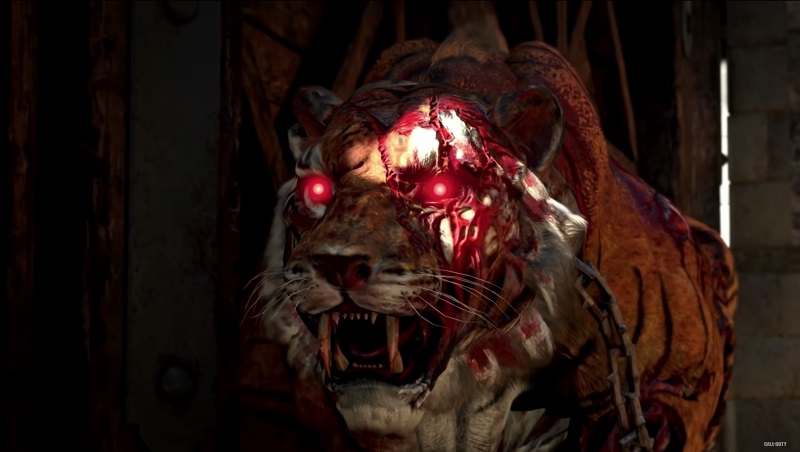 The always popular mode for wiping out the undead is very much alive in Black Ops 4.  In fact, it’s by far the largest Zombies mode to date with impressive cutscenes, intriguing campaigns with an actual story and some of the most polished action the franchise has seen.  At launch, players will be able to select from 3 campaigns.  Each level offers its own surprises, but all three deliver fantastic experiences that fans of this mode are really going to enjoy.  Blood of the Dead is hosted at Alcatraz, Voyage of Despair is set on the cursed Titanic and the third map is titled IX, which takes place in Ancient Rome.  Can you say Zombie tigers?  Play cooperatively online and in local split-screen with some friends on the couch.  You can now select bots to fulfill the need of additional teammates, or tailor the Zombie experience like never before with a large amount of options to dial in exactly what you are looking for in a custom game. 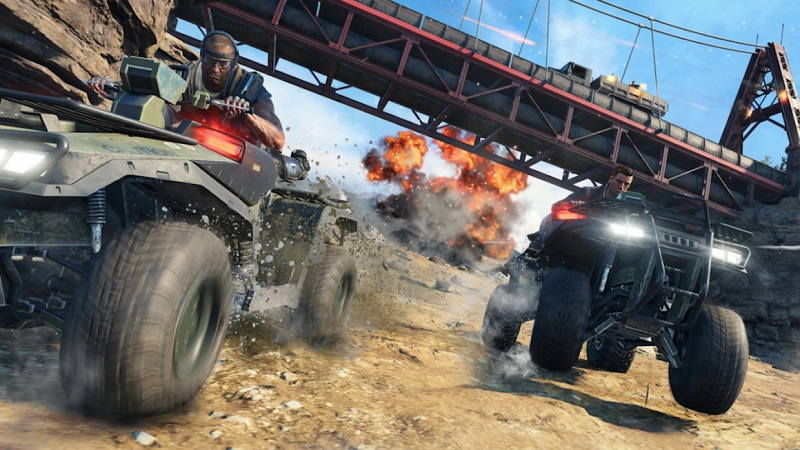 Call of Duty’s first venture into the immensely popular Battle Royale genre looks to be a huge hit.  Even with 100 active players, the game still manages to maintain the smooth 60 frames per second performance that is crucial for online shooters.  Players can select between going Solo, in Duos or Quads.

The Solo experience is the most rewarding in my opinion.  It offers up the most intense and thrilling experiences as you get closer and closer to reaching the last spot.  It’s an absolute nail biter if you make it to the last 3.  It was at this point when I realized how perfect everything has ran.  The controls felt rock solid, the animations and frame-rate were consistent.  I wasn’t experiencing any lag or getting booted due to congested servers at any point at launch, which was equally impressive.  Most importantly, it was just flat out fun.  This comes from someone who hasn’t yet been sold on the Battle Royale genre until now.  I think that speaks volumes on how well Blackout has been executed and will no doubt only improve with updates, tweaks and more content on a regular basis from Treyarch.

Grab your gear, load up and get going!  Should you take the 4 wheeler and cover ground more quickly to avoid the poisonous gas that is closing in on you, or go silently in the brush and sprint when it looks clear?  You are consistently running through these questions as all the players on the map try to make their way to the center safely for that final firefight.  You’ll see in the top right corner display each death and with each one seen, you are one step closer to number 1 spot.  The map itself is enormous and filled with fan service to classic COD maps.  It’s one of those modes you will no doubt find yourself coming back to time and time again for another shot at victory.

Call of Duty: Black Ops 4 raises the bar for online multiplayer and first person shooters.  The sheer amount and variety of MP offerings, combined with the immensely entertaining Zombies campaigns and adrenaline fueled Blackout Mode, make this easily the best Call of Duty to date.  The proof is in the content.  The decision to forgo a single player campaign gave Treyarch time to put all of the studio’s resources into making Black Ops 4 one huge multiplayer focused game.  As a result, it delivered one of the most impressive and diverse online shooter experiences I’ve ever seen.

Call of Duty: Black Ops 4 is a multiplayer first-person shooter developed by Treyarch and published by Activision. It was released worldwide for Microsoft Windows, PlayStation 4, and Xbox One on October 12, 2018.