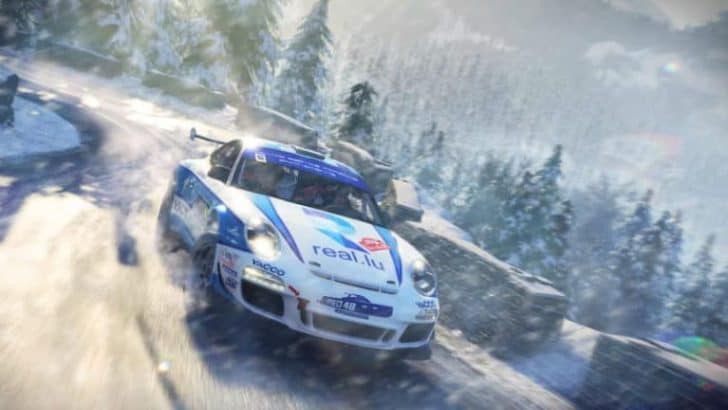 The racing genre has absolutely exploded recently with many high quality game releases.  Players are certainly not left wanting in this sector.  For rally fans, WRC 7 is out now and offers some impressive, chaotic off road action.  It’s time to trade in those Ferrari keys for a fire spewing Fiesta on roids.  The developer Kylotonn is certainly not new to the World Rally Championships, but can they stand up against such fierce competition this year?

If you played WRC 6, you’ll notice some similarities here.  The menus and overall layout look to be a little recycled.  You’ll find some of the same finicky rules in place too, such as the sometimes harsh “off track” penalties (deducting close to 10 seconds in some cases).  As players first start, their skills are immediately tested so the game can setup the optimal driving settings based off the results.  These settings can be changed later if you disagree with the analysis.  As usual, you’ll be relying on your co-driver to help navigate the twists and bends at break neck speeds.  There are some nice visual markers as well that accompany the audible navigation which are very helpful and nicely implemented. 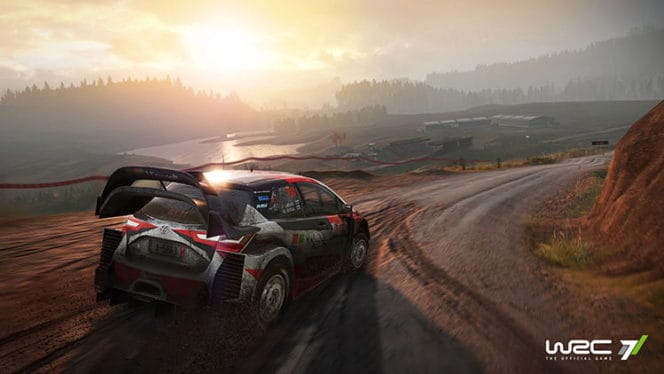 Speaking of visuals, the graphic fidelity has went up considerably in WRC 7.  It looks phenomenal as dust, mud and snow are slung in great detail across your car.  Kylotonn still has room for improvement within the cockpit view, but the lighting in this game is excellent and really add to the overall experience.  The weather effects, while not the best in show, are certainly well done. 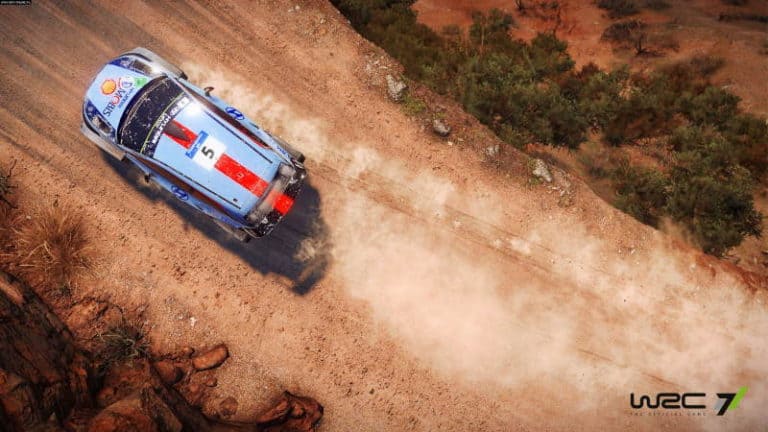 Fans of the sport will be treated to their favorite cars and teams in career mode.  It’s all officially licensed and every ride has been reproduced here in great detail.  Solo players will have a blast in career mode where you’ll strive to get your team a wind in the WRC.  You’ll need to address which driving style is the best fit; aggressive at all times, wide open when safe or lastly on the cautious side.  The game really shines when you are pushing it to the limit in my opinion,  so I weighed in more on the aggressive side in regards to driving style.  For those looking to go online, there will be new challenges posted up weekly which is nice.  Kylotonn has thankfully included local play as well.  This is always a welcome addition. 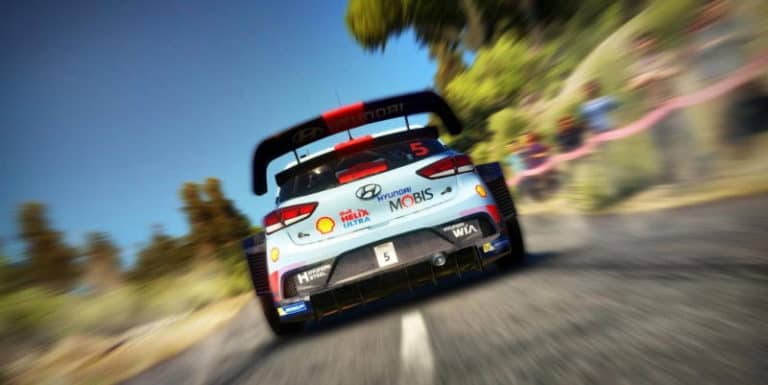 While there is some Déjà vu in WRC 7, it really performs where it counts and that’s in the driving department.  Kylotonn really dialed in the controls and sense of speed here.  As you race across different surfaces, it is now much more pronounced.  You’ll clearly notice the change from dirt, to tarmac, to snow and everything in between.  The scenery will start to blur as you rip through each section with lightning quick changes, only found from the sequential gearboxes these little rockets possess.

It feels thrilling as you power through each drift, and push it to the limit as you thread the needle between a controlled slide and utter disaster.  When the latter does happen, it’s properly violent as parts scatter through the air from the devastation.   It’s a fine line between getting the fastest time or ending up in the trees.   This keeps the excitement and tension peaked.