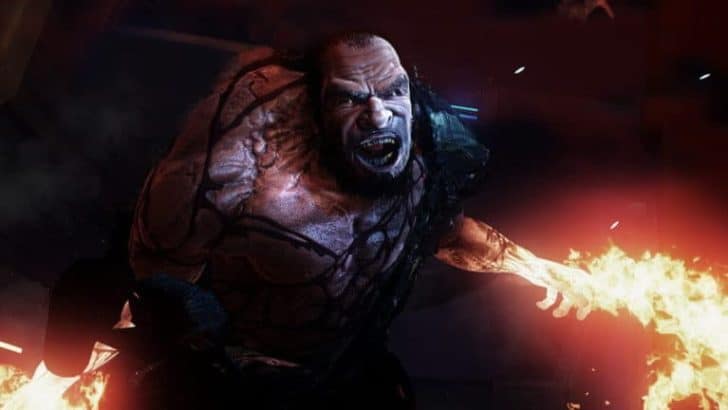 There is nothing quite more frightening to your senses than a good horror game in VR. While the player obviously knows they are just playing a video game, it’s different when it truly feels like you are inside the gamespace itself and being actively hunted. The enemies and creatures become a lot more real in this realm. It’s a much more personal and interactive experience when implemented in VR. Enter “The Persistence” (which is actually the name of the colony ship), a sci-fi survival horror title developed by Firesprite Games that will no doubt send chills down your spine and make the hair on the back of your neck stand up from start to finish.

The ship’s crew has been wiped out, but luckily clone printer technology has resurrected artificial versions of yourself to make the needed ship repairs that are required for the Persistence to safely return home. Players soon find out however, they aren’t the only artificial life on board and these mutations are of the most hostile nature. Stealth is encouraged because if you are spotted, these creatures will actively pursue you and depending on what weapons you have and which enemy you are dealing with, this could be a fatal mistake. Without solid controls and options in place, the VR experience can be quickly ruined. Thankfully Firesprite Games has implemented plenty of options so each player can tweak different things such as in how their character turns and the speed in which this happens. Being able to customize comfort settings like this in VR is extremely important, as each gamer has varying sensitivities to movement in this space.

The Persistence has a lot going on in its overall design. It features procedurally generated floor plans that change up as you make it to the next level up or after dying. This adds some great replay value to the game and at the same time keeps every floor just as challenging as your first exploration, as enemy placement and routes are all different. The good thing is that if you complete objectives, you won’t have to replay through those specific challenges again (unless you select the most difficult mode), but you will have to find your way to the next sector to repair or carefully make your way to the elevator in order to reach the next floor.

There is a large amount of items and weapons to collect throughout the game. Once you lock on an object by looking directly at it, a progress ring comes up and just like that you have now picked up the item. This gameplay mechanic is also in place for when a door or cabinets are opened; and head tracking is also used for aiming at enemies. I would have personally loved to have used my PSVR Aim Controller, but this style still works surprisingly well and I adjusted fairly quickly. The visuals are pretty solid throughout the campaign, but I do hope a future patch is possibly in the making for the PS4 Pro to enhance graphical performance where possible.

One factor to accept before beginning your journey is that you will be dying a lot in this game. With the floor plans and enemy locations constantly changing, there is no way around it. Luckily with each run you will slowly, but surely build up your character’s weapons and abilities. Upon starting the game, you have nothing more than a energy shield and Stem Cell retrieval tool, which is cleverly called the Harvester. Parry your enemies to effectively spin them around and then quickly use the Harvester to end them in satisfying fashion. This will also reward you with currency used for upgrades (stronger melee damage, increased health and larger Darkmatter storage). If you want your improve your character quickly, this is the best and most effective route.

If you miss the parry, you’ll have to melee your adversary into submission. This can work early into the game, but as you progress, this will only serve to agitate the tougher enemies. Luckily the clone printers can also replicate weapons once you unlock the required blueprints (using Erebus Tokens). When you die, you will lose these weapons, but thankfully it’s as simple as paying the Stem Cell Fee to reacquire them. There are some really cool weapons to acquire. Our favorite was the gravity gun, which allows you to slam enemies at will against the walls as if you are using the force (for the Star Wars fans). The love gun is also one worth investing in and quite ingenious. When an enemy gets shot with this, they’ll immediately become your personal bodyguard. Having a large enemy on your side is great for distraction and to also help you wear down the health of other creatures.

Acquiring better weapons certainly help even the odds, but there are also other abilities that really give players a better shot at survival. Two big skills to take advantage of are teleportation and scanning. While you can’t teleport far, it can get you out of danger when in a pinch. The scanning tool helps in identifying the threats in the room and whether or not it may be wise to avoid that section for the time being. Each of these abilities utilize dark matter energy, but this does regenerate, so just keep an watchful eye on it.

To top things off, there is even an App for The Persistence, which is available for both Android and iOS devices. It allows someone else to interact with your character and gaming experience. They are able to see a 3D map of the current floor you are exploring. They can also spot enemies, drop health packs, weapons and even help you with navigating the ship by placing waypoints to places of interest. If they are devious, they can lure or worst yet spawn enemies at your location. What are friends for right? It’s a really neat addition that you don’t see in many games since the Wii U. 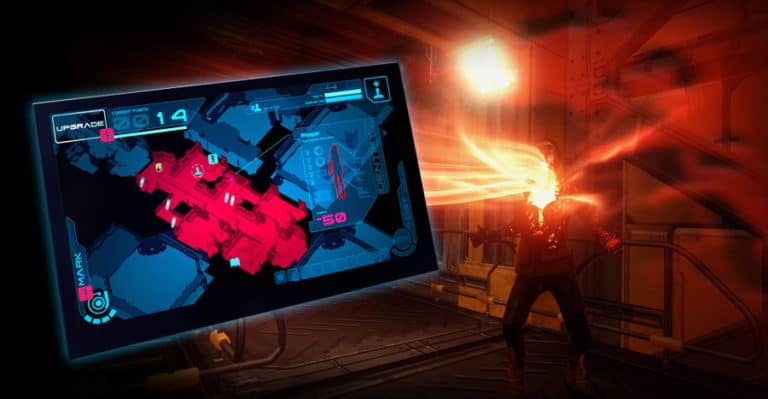 The Persistence is no doubt a great showcase for how incredible and equally terrifying VR can be when done right. Firesprite Games has delivered an amazing experience that pulls you into a truly atmospheric nightmare, set in space where the dark is to be feared and monsters do in fact exist.

Can you survive The Persistence? Caught in the inexorable pull of a black hole, and with the crew mutated into horrific & murderous aberrations, it's down to you.