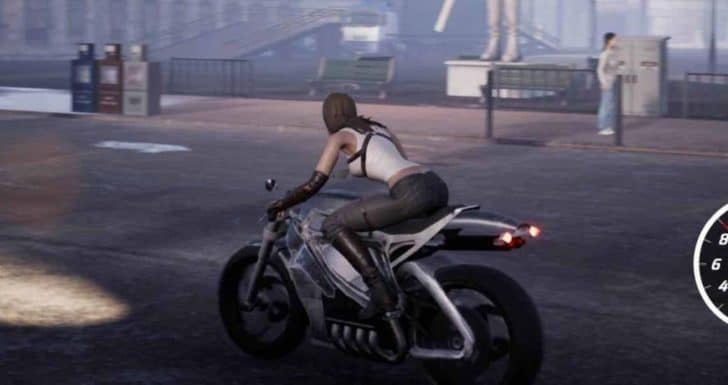 One of my favorite series on the Sega Genesis was Road Rash.  Upon hearing that a similar premised title called Road Rage was coming out on the Xbox One, PlayStation 4 and PC, I was quite excited to see what Team6 Game Studios had in store for gamers with this release.

Players race and brawl their way through close to 100 missions in a city overrun by total anarchy.  It is surrounded by a wall to keep those inside it trapped, plus to keep people outside it from getting in.  The entire town of Ashen is now mostly inhabited by rival gangs looking to stake their claim on every corner.  I’m not sure if it was intentional, but the beginning intro made me laugh.  You’re told that these biker thugs will take not only your home, but your girlfriend as well apparently.  I’ve got to say the dialog reminded me of a B-rated horror film after hearing this opening script.

Gamers race around the open city environment and the different districts within it.  You’ll get mission information through your cell phone and will have markers on the map for navigation.  The graphics and animations are very bland given what we know is possible on these platforms. The physics can at times generate some pretty hilarious results.  I came around a corner at one point too sharp and hit a car head on, causing the vehicle to shoot up straight in the air over my bike while I carried on unscathed.  Pedestrians that cross your path can showcase similar rag doll effects as well.  This will however make you a wanted man with the law and with enough violations, you will be pursued by the police.  They are fairly easy to outrun and escape from though if you are pursued. 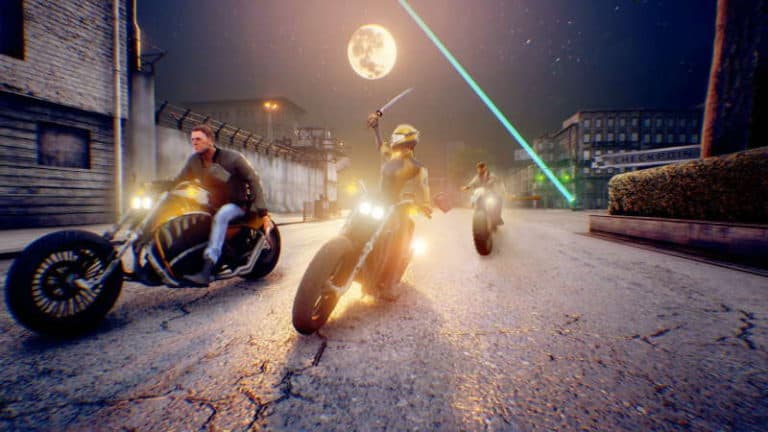 You can attack your competitors on each side of your bike using various weapons ranging from bats, swords and chains.  This fighting mechanic does make the racing aspect more enjoyable, again bringing back fantastic memories of Road Rash, but the hit detection can at times spoil the fun.  If you do get knocked down, the respawn time is very quick and players can activate a shot of NOS on their bike to get back into the action.  There are multiple modes to mix things up that include timed races, checkpoint based missions, stunt races and assassination contracts where you must eliminate certain rivals. 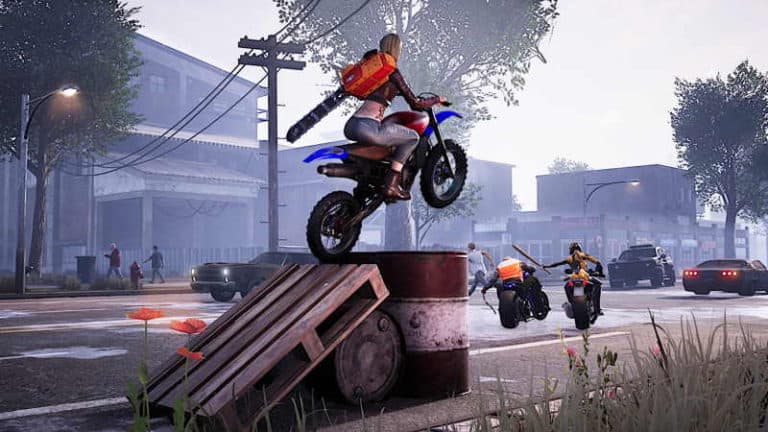 As you win races you’ll be awarded money to upgrade your bikes.  This is done from the game’s garage.  Here you can make your bike faster, get new rides and also purchase different weapons.  Some missions are dependent on certain bikes, so you’ll have to save up for these to compete in them.  Road Rage does feature multiplayer offerings in both online and local play modes.  The local play is no doubt the better of the two and can provide some entertaining moments as you race against and try your best to knock your friends off their bike. This might be the game’s strongest area. 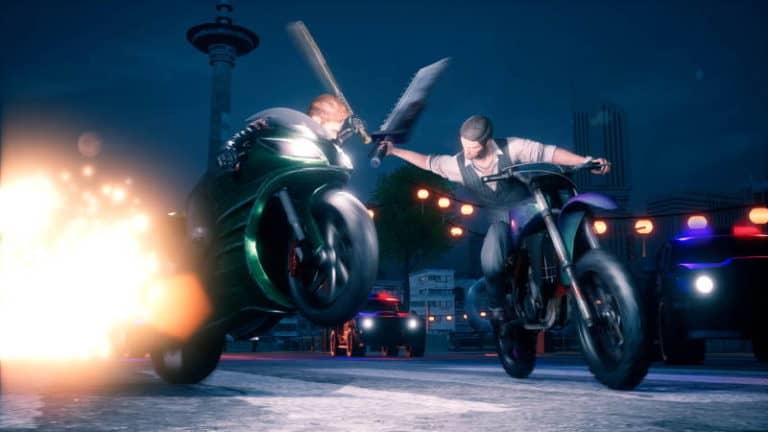 Road Rash junkies will likely find some enjoyment out of Road Rage from Team6 Studios.  The racing and brawling mechanics are certainly nostalgic and the local play opens the door to some fun cooperative matches.  It’s too bad the game trips over itself in the gameplay department quite often and needs a few extra coats of paint and polish graphically.  At $20, there is actually a good bit of content here.  Hopefully some of the bugs plaguing this release can be ironed out through future patches, as the potential is there for a much better experience.