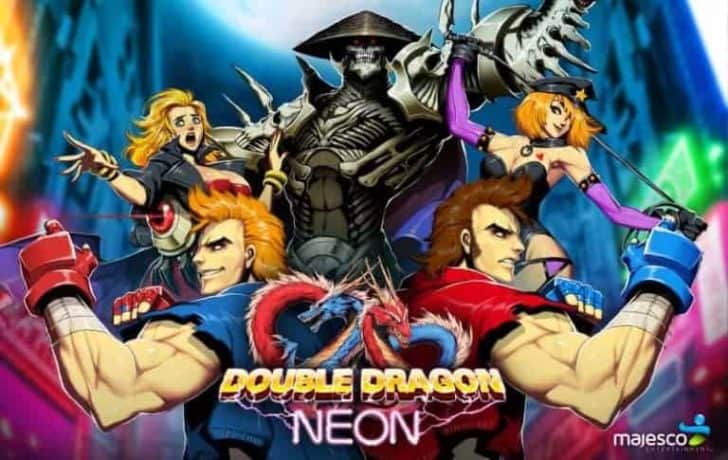 Majesco Entertainment has once again partnered with WayForward (the award-winning team known for producing the thrilling BloodRayne: Betrayal title). They collaborated to create a reboot of the father of all brawlers: Double Dragon! Double Dragon: Neon features plenty of memorable characters, classic beat ’em up action, and a retro feel topped off with a HD face-lift. WayForward has taken the original Double Dragon recipe and thrown in their own unique spin to it. This includes a heavy 80’s influence and an amazing soundtrack to keep gamers pumped throughout the campaign.

Sean Velasco, Director of WayForward, had the following to say about their latest project, “It’s WayForward’s love letter to the decade that spawned the franchise – the music, the style, and culture of the 80’s pulse through the nucleus of Double Dragon: Neon. But don’t think this is a simple graphical facelift; with our innovative ‘mix tape’ level up system and power-up high-fives, we pushed it to the limit!” 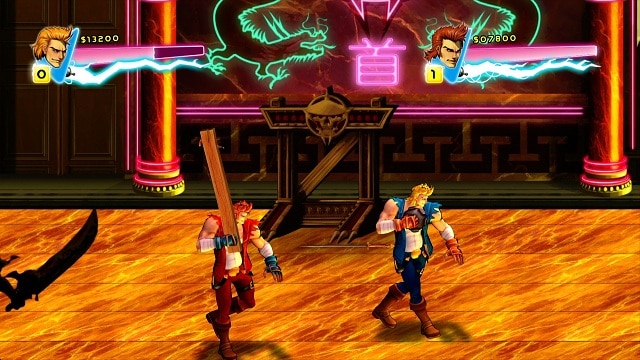 Double Dragon: Neon Takes place in a hyper-saturated omniverse where players beat up baddies across earth and beyond. Billy and Jimmy are back in action as they return to the streets to save their shared love interest Marian. That’s right, she was punched and kidnapped again. It’s time for hasty revenge. You’ll be going against the Black Dragon Clan and their supernatural leader Skullmageddon this time around. Rest assured you’ll still get to brawl with the brick-busting Abobo.

This is a tough game where a teammate can be of great help. Luckily WayForwad has included CO-OP to ensure you and your friend can tackle this job together. Combat will feel familiar to fans of the original. You’ll have to learn the enemies attacks and from that identify weaknesses to exploit. Nothing mind blowing, just classic beat’em up action. Gamers will fight in space however, so there are a few surprises thrown in along the way. Billy and Jimmy retain their classic punch, kick and grab moves. Veterans will quickly be steam rolling thugs and Abobo’s alike. New features include high-fives where Billy and Jimmy celebrate upon finishing an opponent. Besides the hand to hand combat, players will also use baseball bats, tazers and knives. After an enemy is defeated they’ll drop a cassette tape. These tapes will enhance Billy and Jimmy’s basic abilities and also enable special moves. This includes using fireballs, whirlwind kicks, the ability to heal and lastly a chance to summon the spirit of the dragon. 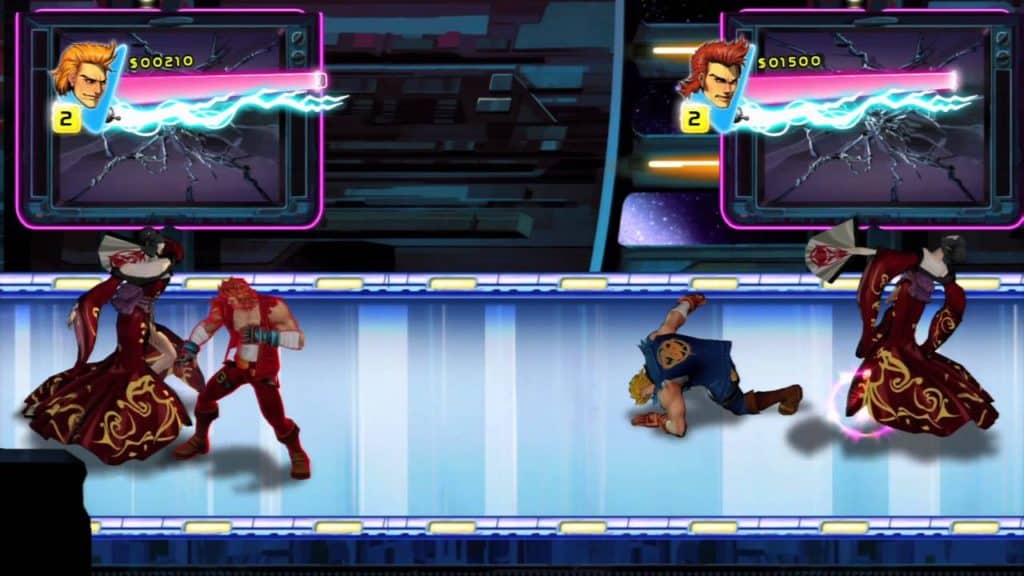 One of the finest features of Double Dragon: Neon would have to be the soundtrack. It does a phenomenal job at setting the tone for the entire experience and really brings the game to life. Old school gamers will appreciate the throwback to their favorite brawler of all time while also experiencing something new that WayForward has brilliantly crafted.

The classic 1987 original rocked the faces off gamers in arcades across the world. Fast forward to today and WayForward has yet again worked their magic to bring this classic experience back to life. Double Dragon: Neon is simply a lot of fun and this really is the most important factor to any gaming experience. Gamers will punch and kick to their heart’s content while not worrying about their dwindling quarter supply this time around. 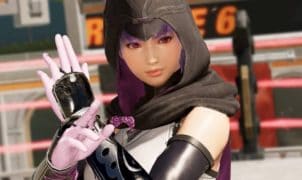 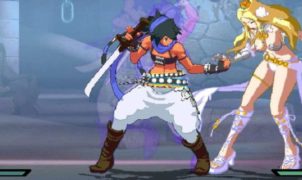 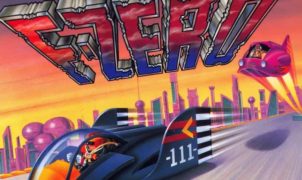 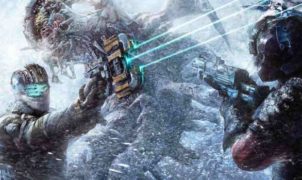