Studio Saizensen has just released their latest 2D fighter Blade Strangers, whose roster of characters come from an assortment of great indie titles such as Shovel Knight, The Binding of Isaac: Afterbirth+, Code of Princess EX and Gunvolt to name a few.  Between the colorful and excellent art style, unique lineup of fighters and superb animations, this brawler stands out from what you might expect to find in the current fighting genre lineup as of late. 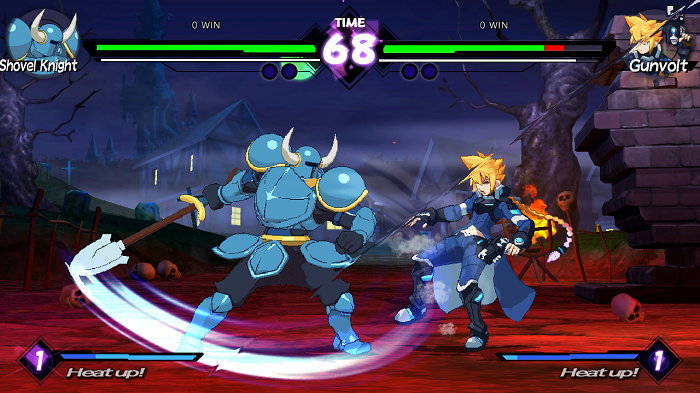 Blade Strangers has also ensured that this would be a fighting game anyone could just pick up, start playing and have fun with.  There are plenty of deep, technical brawlers out there for purists, so this is a nice change of pace.  That’s not to say there still isn’t a lot that can be learned and mastered if you want to with each character.  Attacks are based off which button is pressed in combination with the corresponding directional input.  I recommend starting off with the tutorial and training modes to get a good feel for how the game’s mechanics work.  From there, jump into Story mode; or if you’re feeling really brave, take a look at the online competition. 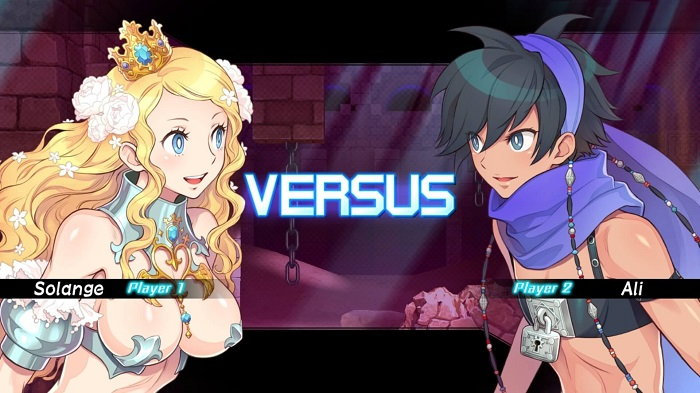 The game is basically structured off light, heavy and skilled based attacks.  There is also a progress bar beneath each character.  This builds by effectively attacking your opponent or by taking damage.  Once full, it gives players the ability to unleash a devastating special move, or if needed the capability of breaking a combo.  As you can see, there is still depth instilled within the Blade Strangers combat system, while keeping the core gameplay easy and entertaining enough for casual fans of the genre. It’s great Studio Saizensen didn’t alienate either sector of gamers here.

You can be confident you’ll have a blast from your very first match, whether it be online (lag free from my playthrough), local or participating in the Arcade and Story modes.  The Story mode offers dialog from each character, but it’s obvious the main focus for the developers was spent on the local and online versus modes.  The potential for some actual cinematic cutscenes is definitely there when you consider the colorful roster of fighters.  I fell it was a missed opportunity that fans would have thoroughly appreciated, but maybe that is something to look forward to if a sequel follows in the future.

Blade Strangers is a bit of a sleeper hit for me.  It’s now one of our favorite fighters on any system this year.  While I was looking forward to its release and was confident it would be received well, I didn’t know it would pull me into its world as hard as it did.  It is both easy to pick up and hard to put down.  The lower initial difficulty allows players to really start enjoying the game immediately and from there grow their combat skills and strategy with each unique character.  The visuals and sound are well executed and the frame rate is rock solid.  It also makes great use of the Table Top Mode on the Nintendo Switch.  It’s yet another great fit for this hybrid system and a unique fighter to add to your game collection. 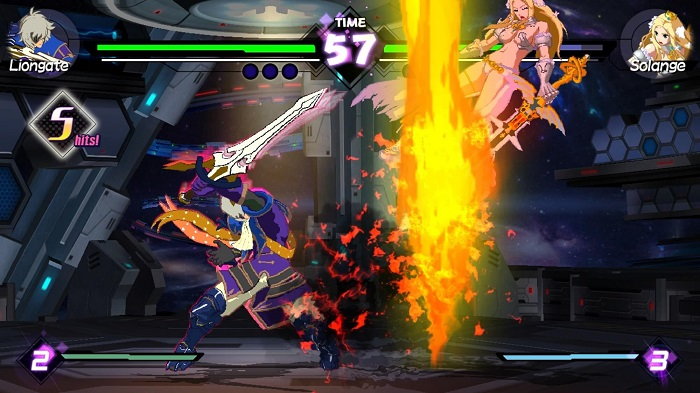 • Play offline Story, Missions, Arcade and Versus modes or try to climb the leaderboards in the highly-competitive Online modes.

• Tutorial and Training modes are available for beginner and advanced players.

• Each character has alternate color settings and their own familiar “home” stage for players to select.

Blade Strangers is a 2D crossover fighting game developed by Studio Saizensen and published by Nicalis, released on PlayStation 4, Nintendo Switch and Microsoft Windows via Steam in August 2018, as well as a Japanese arcade release.