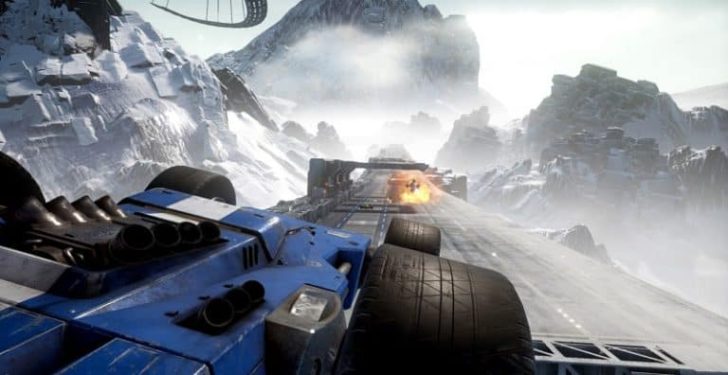 Futuristic racers are rare within the gaming scene today.  They use to be wildly popular, with many well known classics such as F-Zero and Wipeout reigning supreme as the fastest and most popular racers in town.  In 1999, Rollcage was released and brought some frantic gravity defying battle racing to the PlayStation.  Wired Productions have taken this original recipe and fine tuned it for a resurrection in 2018 with GRIP: Combat Racing. 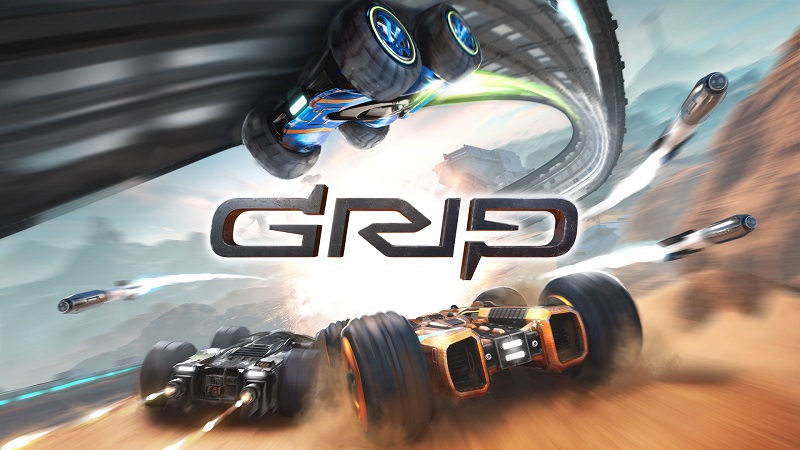 GRIP: Combat Racing brings speed on top of more speed, alongside some serious firepower to use against your competition.  These two elements provide a thrilling and sensory overloading race experience.  Players will be perform gravity defying maneuvers, such as driving completely upside down and on the sides of walls to take the lead at over 700 MPH.  It’s brilliantly fast and the sense of speed has been wonderfully captured by Wired Productions.

Traversing upside down as you shoot off a ramp and corkscrew through the air to land back on the track below is a beautiful thing to pull off and it feels incredibly solid.  You’ll no doubt overshoot as the game moves at such a frantic pace, but this happens less frequently as you begin to learn exactly how your car handles and the layout of each track. 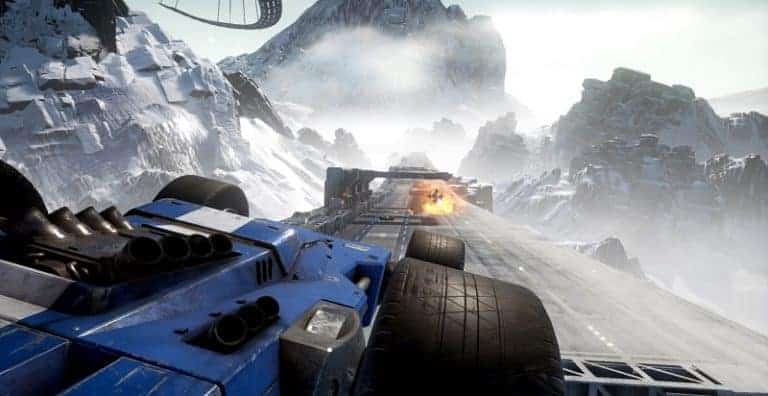 Hitting each green boost pad and securing weapon load-outs found throughout each track is absolutely key to winning each race.  Fan favorites as chain guns and heat seeking missiles are in attendance to raise the carnage to another level.  There are also defensive power-ups that are very important if you intend to keep your lead.  If you happen to fall into the back of the pack, you will be given a temporary turbo boost that helps to get back into the race.  It will take several laps and crashes before you begin to feel somewhat competent against 9 other racers at the blistering pace GRIP sustains. 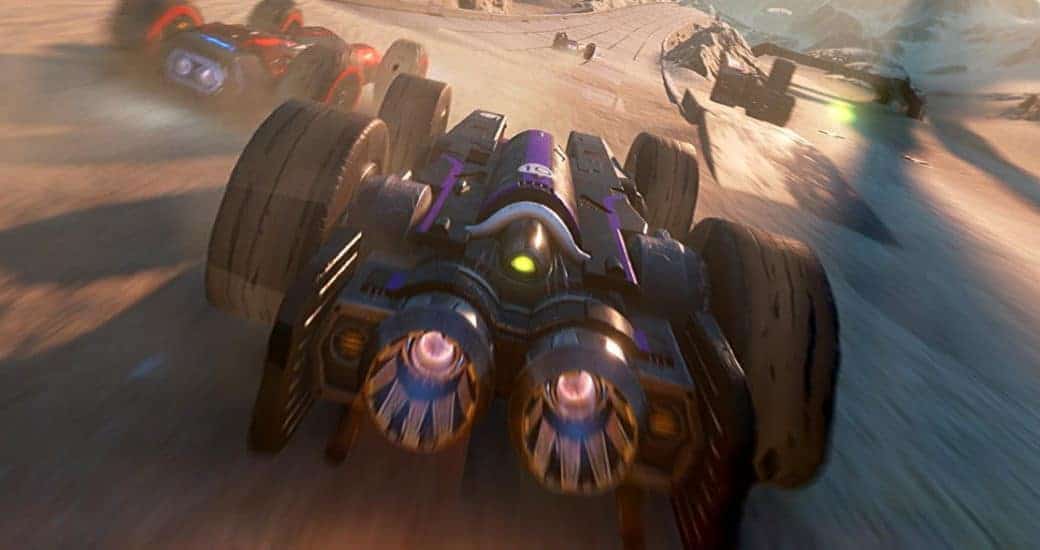 Grip: Combat Racing sports some excellent looking visuals, even though you will not be able to sit and enjoy the view as it blows by you at an alarming rate.  There are 22 twisting and looping tracks to compete on and all are exciting as these speeds and the presentation of the environments around you look fantastic.  The frame rate is absolutely rock solid, offering up buttery smooth gameplay during each race.  There is a nice selection of modes to choose from that include: Classic, Ultimate, Elimination or Speed Demon.  There is also an Arena category for specific competitive matches (local or online MP) that features Deathmatch, Steal the Stash and Time Bomb. Lastly, there is a Carkour mode, that have you twisting and flipping your vehicle through specially designed tracks that will test even the most elite players. 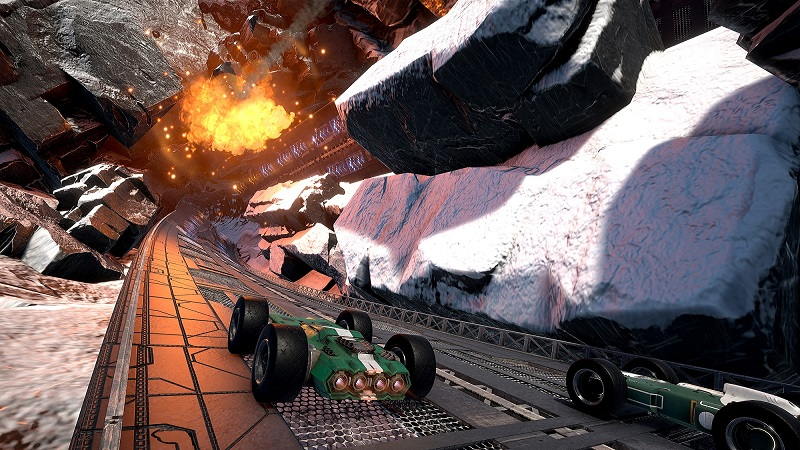 • Hit speeds of up to 767 mph on floors, walls and ceilings
• Race your way through 22 tracks across a host of 4 exotic planets
• Pick-up 9 power-ups & weapons, from shields and turbos, to missiles and explosive darts.
• Offline split screen and online multiplayer
• Face off alone or team up in 5 Arena battle maps
• Beat the clock in 19 point-to-point Carkour runs.
• Single player campaign – gain XP to customize your ride’s appearance

GRIP: Combat Racing from Wired Productions successfully fuses eye watering speed and vehicular combat into one polished package.  There is an impressive amount of tracks and both local and online modes that will keep players entertained for quite some time.  The high octane visuals and soundtrack go hand in hand for a thrilling racing experience.  The vehicular combat presents an added layer of carnage and unique angle to this futuristic racer.  You’ll likely find yourself gripping your gamepad extra firm as the gravity defying twists and loops blast by at a blistering pace.  Ludicrous mode engaged.

Grip: Combat Racing, often shortened to Grip, is a racing video game developed by Canadian studio Caged Element and published by Wired Productions for Microsoft Windows, PlayStation 4, Xbox One, and Nintendo Switch. It was released for all four platforms on November 6, 2018.