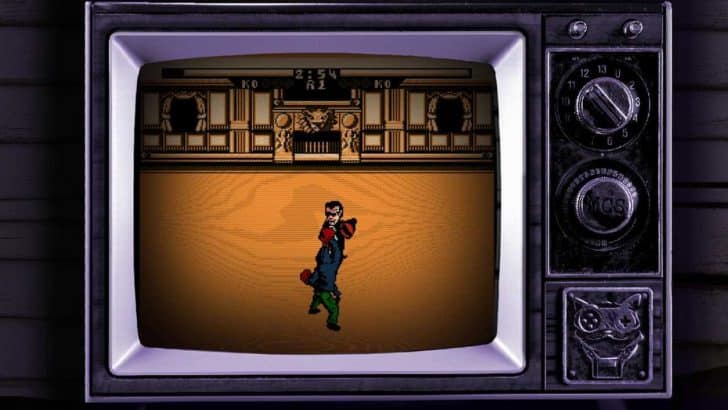 Mega Cat Studios is back again with yet another new game for the NES.  Their team has developed a sports title this time around called Creepy Brawlers.  It’s a boxing game that is highly reminiscent of one of the greatest games on the Nintendo Entertainment System…Punch-Out! 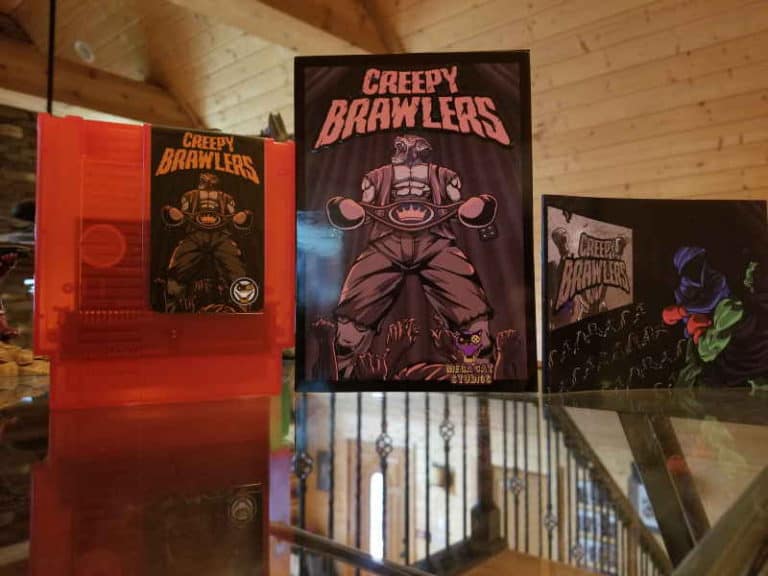 Creepy Brawlers comes in a light red transparent cart that shows off the game’s circuit board, battery and even the Mad Cat Studio logo.  The box art and manual are equally impressive.  The game starts out at the theater where you are snatched out of your seat by a mysterious force and are pulled directly into the horror movie that the protagonist was heckling.  You are now forced to compete in a boxing championship where players will fight all types of ghouls and goblins from popular horror movies.  Gamers will face off against Dracula, Wolfman, Zombie, Frankenstein, and many more fiends.  Each have their own specific style and key weaknesses that will be up to you to figure out if you wish to defeat each monstrous opponent.  A training mode is available where players can tune up their skills against each opponent you have faced.  This will help prepare gamers for when they go toe to toe in the official Championship. 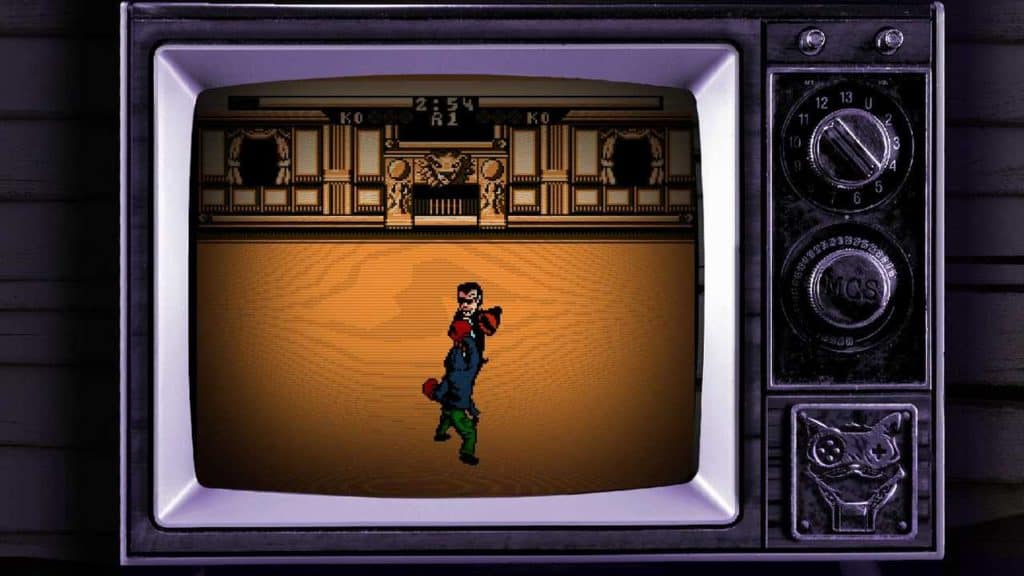 The gameplay behind Creepy Brawlers feels right at home and is immensely fun.  Players will have to dodge, counter and attack with precision in order to move through this villain packed fighting roster and finish victorious.  Learning their patterns is critical to being successful.  Some opponents have multiple phases as well, which helps to ensure each fight is action-packed.  It’s also a ton of fun once you learn to read your opponent in the ring and can put them down for the count.  Players can also earn achievements.  You can see all of the one available, plus the ones you have unlocked from the start menu by selecting the trophy icon.  When you beat the first fighter, who happens to be a Zombie, you’ll unlock the”Undead” achievement.  If you can make it through a match without taking a single hit, you’ll score the more elusive “Butterfly” achievement.

Creepy Brawlers showcases some excellent retro visuals.  The sprite and pixels are detailed and well implemented by Mega Cat Studios.  As mentioned earlier, the cart itself is bright red and translucent.  It shows off the NES circuit board inside and I absolutely love that.  You’ll also get an actual manual (something modern games have completely done away with) that includes details of the game and pictures of each monster that you will face off within this pixelated boxer. 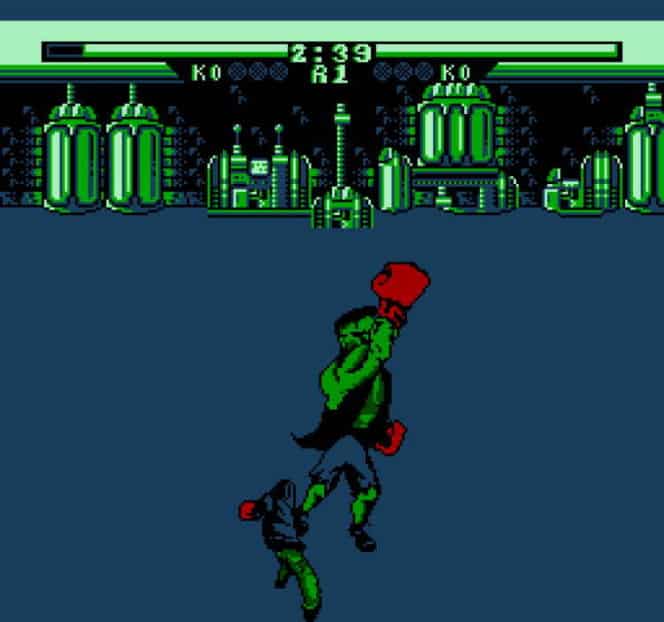 Mega Cat Studios has created an excellent horror themed boxing game with Creepy Brawlers for the Nintendo Entertainment System.  It was no doubt heavily influenced from the classic Punch-Out series, but still manages to stand on its own unique premise.  The solid controls give way to some excellent gameplay, where players bob and weave through flurries of jabs, crosses and uppercuts to time their attacks effectively against many iconic monsters that are all in excellent detail for this brand new 8-bit release.  It provides some really challenging and entertaining fights, which should keep players coming back for more, time and time again.  It’s another KO for Mega Cat Studios and NES fans.

A retro indie homebrew game that brings your favorite horror tropes to life in an unexpected and creative take on Knock Out! 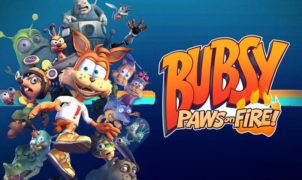 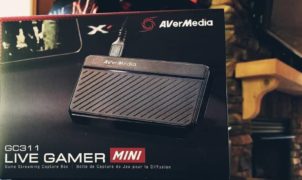