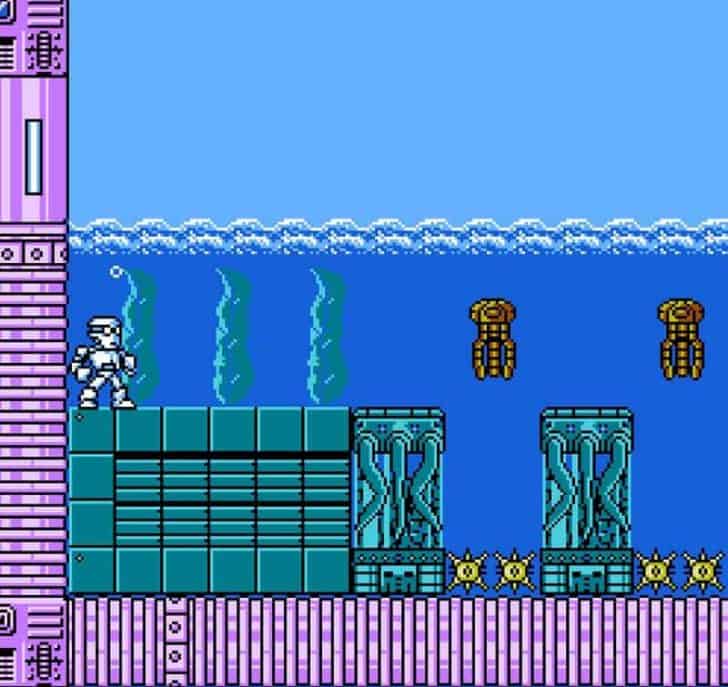 Trophy is a brand new and exciting 2D platformer for the NES that is heavily reminiscent of the iconic Mega Man series in look, feel and design.  It was first envisioned by Derek Andrews at the young age of 12, later brought to life by Gradual Games and is being published by The 6502 Collective; with the collective help from both Sole Goose Productions and Retrotainment Games.  The physical NES carts are currently available for pre-order, with a target date of summer for shipping.  Keep an eye out for digital copies on the PC coming soon.  Now, let’s jump right in and see if this venture truly is 8-bit legit.

Time to Save Planet Gearus 9 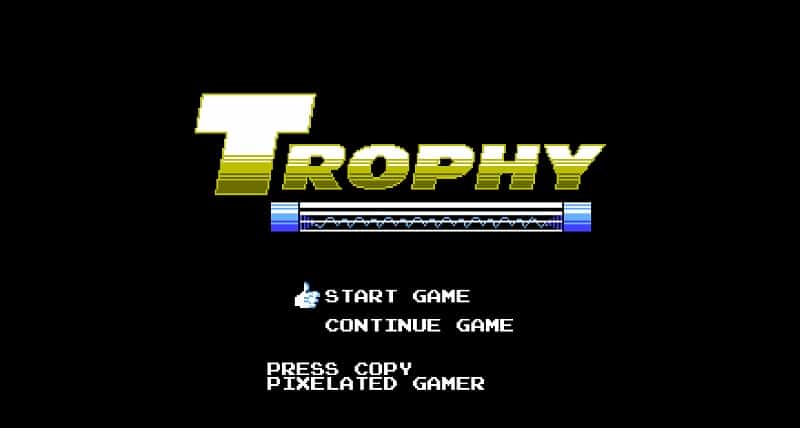 Trophy’s story follows the madness orchestrated by Xella Quine, now known as Lord Q,  who has set his eyes on total world domination over the once harmonious planet of Gearus 9.  The computer scientist Jared Sword and robot ally “Beeper” use the latest technology to fuse as one, creating the ultimate hero.  Imagine a 8-bit version of Tony Stark and Robocop mixed together.  This hybrid robot is now the only one who can possibly restore peace across the land and stop Lord Q’s evil plan. 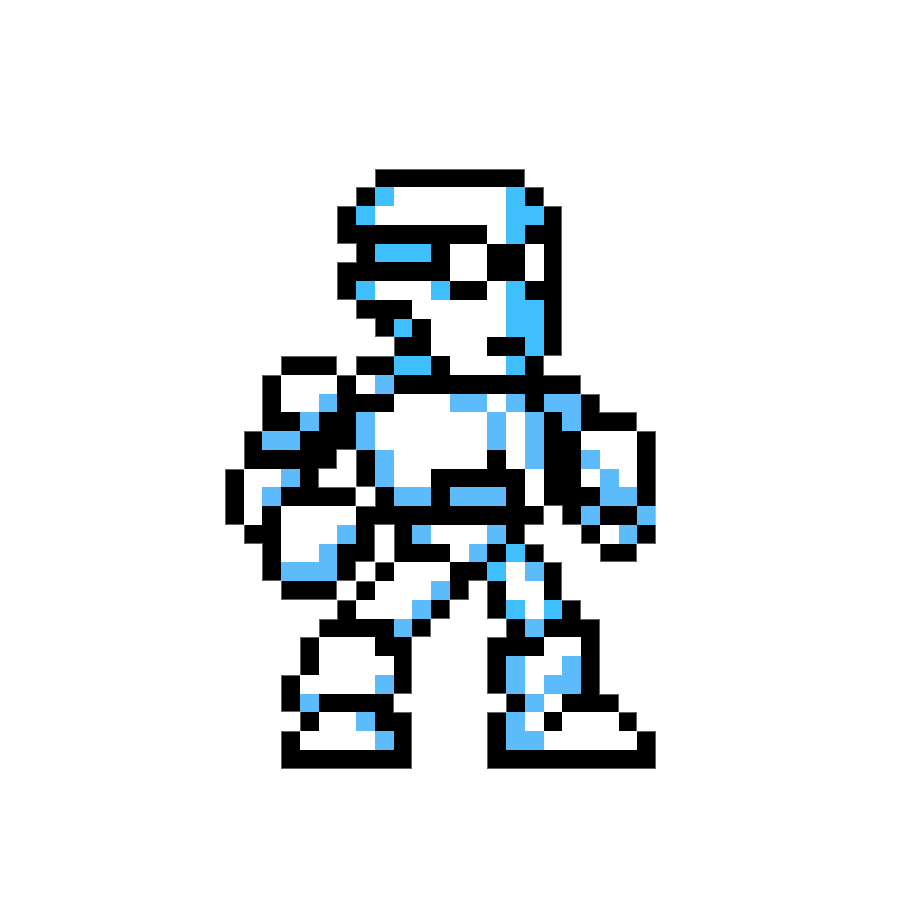 There are 8 stages to choose from once you begin your journey.  In similar fashion to Mega Man, you can choose which level to begin on and knock them out in any order.  Within every area you will have to overcome different challenges and enemies, where a punishing boss awaits you at the end of each stage.  Once all levels are cleared, the hidden and final stage reveals itself.

“The sprite work that this team has accomplished is incredible, showcasing an impressive amount of detail in each and every pixel.  Trophy features a wonderfully vivid color palette, where each enemy and background pops thanks to excellent design and artwork.  This is not only a great testament to the team’s profound programming experience and the immense time that was devoted to this title from Gradual Games, but it also demonstrates what the NES hardware is truly capable of while in the right hands.” 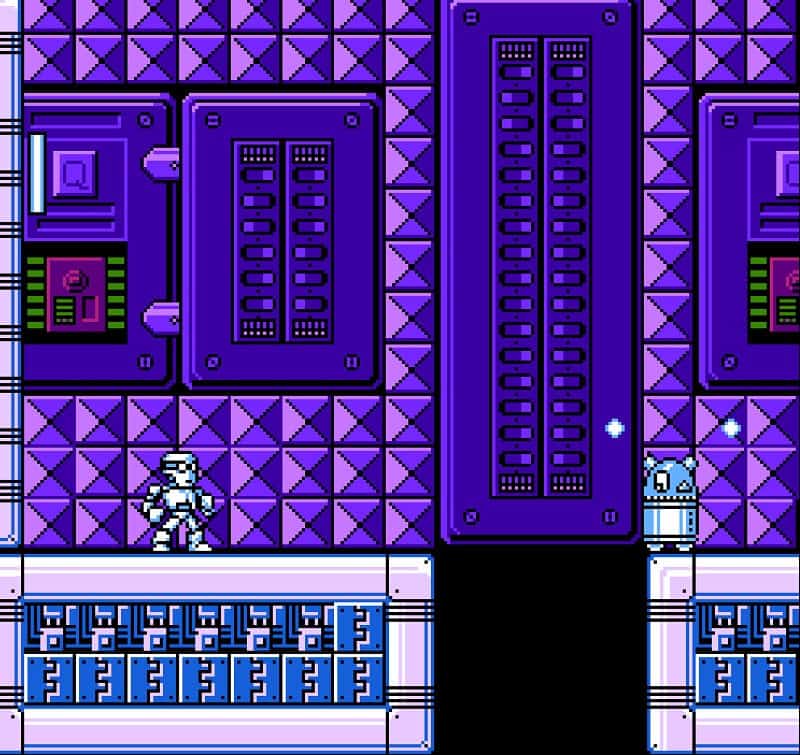 Trophy is a tough platformer where each jump, shot and dodge has be to done with absolute precision.  It thankfully plays just as well as it looks.  Inputs for your character are highly responsive, making the steep difficulty approachable and an enjoyable challenge.  Our robotic protagonist moves extremely well, exhibiting a nice weight with each jump, all while being able to fire off accurate shots to destroy your enemies.  The level of scale presented here and the range of effects taking place are outstanding. 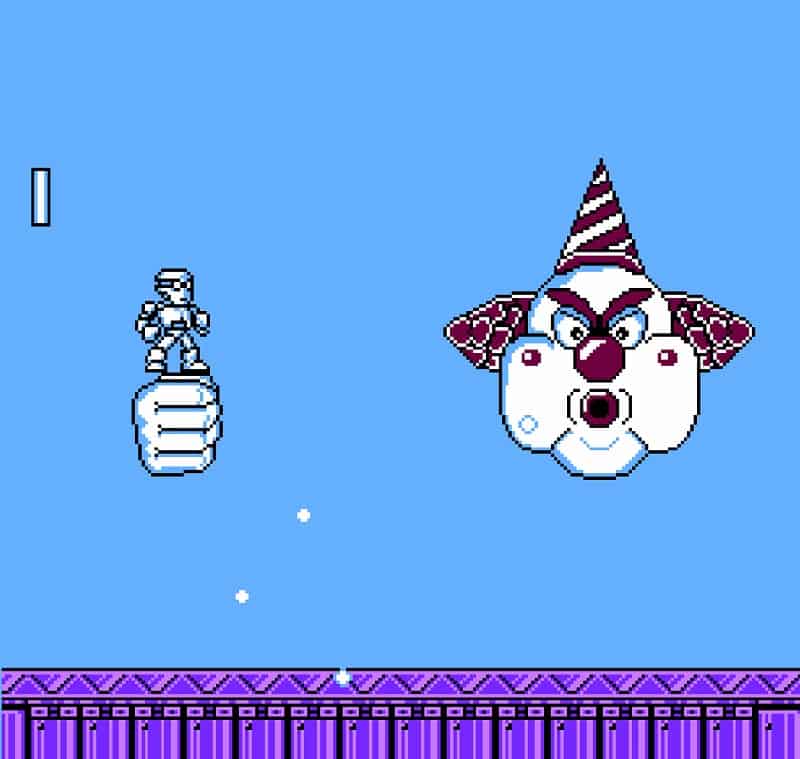 The team extensively made great use of the MMC3 expansion for the NES.  This Memory Management Controller is what made the enormous bosses, smooth animations and parallax scrolling possible.  Super Mario Bros. 3 and the entire Mega Man series utilized this tech in the same manner to achieve their top shelf visuals and gameplay experiences.

There is always something very exciting about reaching the end of a level to only face off against a giant menacing boss.  You will face some absolute bruisers here that will destroy your first attempts at just surviving, much less defeating it.  As with all great battles, learn their patterns to perfection and eventually you will see their attacks coming ahead of time.  This allows you to properly dodge, counter and blast away till you eventually find your way to victory. 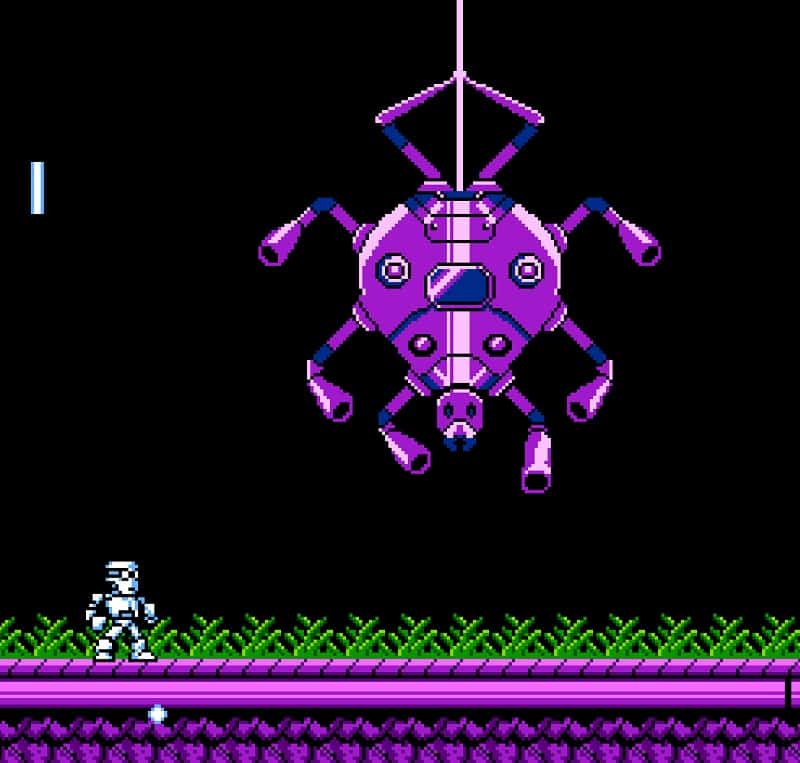 Trophy is a nostalgic gem and a gorgeous 2D platformer every retro gamer should experience.  This brand new NES game was developed in 6502 assembly by Gradual Games.  It showcases brilliant colors, fantastic effects, impressive animations and killer chiptunes throughout each stage.  Every action-packed level and thrilling boss fight is memorable and unique.  It’s tough as nails, as most NES games were during the 8-bit and arcade era.  This system was the godfather of forcing players to ‘Git Gud’, long before this phrase ever existed.  This is a no nonsense platformer, where your accuracy, timing and skills are put to the test.  You will earn every victory, which in turn delivers tremendous satisfaction once achieved.

I absolutely loved my time with Trophy and eventually reached the last boss, who will demand near perfection out of you to see the final credits.  I’m happy to report that after relentless brute determination, I finally defeated Lord Q and restored peace to Planet Gearus 9 once more.  I simply can’t wait to add the physical NES cart to my collection later this summer. 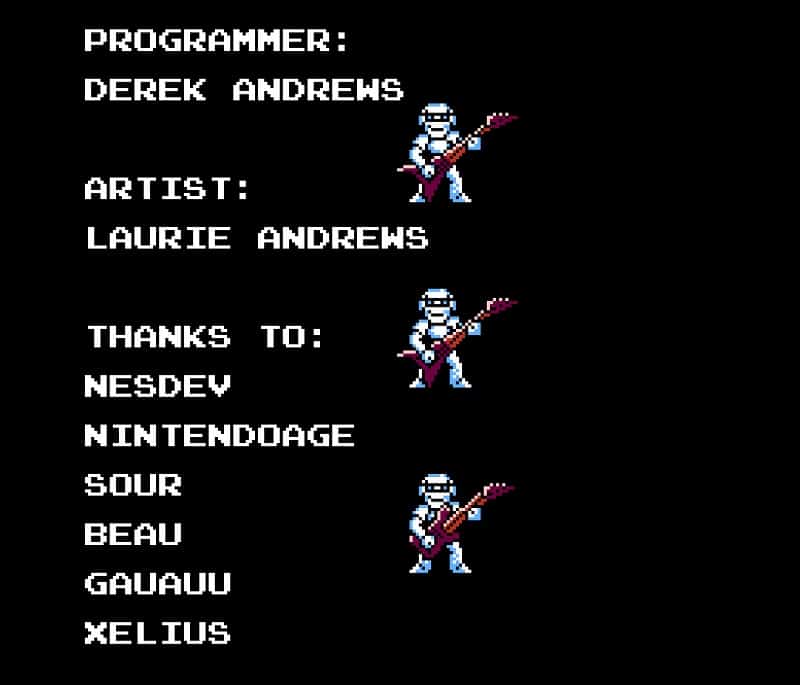 Review Copy provided by Retrotainment and The 6502 Collective