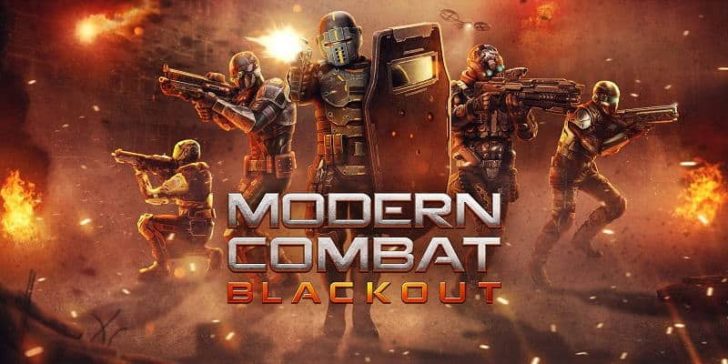 Modern Combat Blackout is the latest release of the long running Modern Combat series. Originally released as Modern Combat 5: Blackout in 2014 by Gameloft Bucharest for mobile as a Free-To-Play title riddled with microtransactions, it fortunately makes the leap to the Nintendo Switch by Gameloft Mexico unencumbered from this model.

When I first got a review code for this game, the name of the series struck me familiar. Years before I had downloaded the first two games in the series on my new iPad, I appreciated them but it was never for me due to the reliance on touch controls. Gladly, the series is now on Switch and with that I can play using my trusty Pro controller.

Being primarily a console gamer, I’ve only dabbled with mobile gaming. Cumbersome controls and the predatory Pay-To-Win model of mobile gaming were instant turn offs in general. Several games that were Free-To-Play bummed me out, I always hoped to just drop a $20 bill and get the full experience. Thankfully, exclusively for the Switch version, Gameloft brought just that with the updated release and even better no microtransactions. You gain a generous amount of in-game currency through gameplay and daily challenges to open loot boxes for various gear. Unlike the mobile releases, the wearables are strictly cosmetic evening the playing field in multiplayer.

In Modern Combat Blackout gameplay is broken up into Campaign and three types of Multiplayer including the competitive Soldier’s League, non-ranked Custom Matches and Local custom matches. The story in the campaign feels a little lackluster but it doesn’t really matter. As forgettable as it is, it gives you reason mow down waves of enemies and blow stuff up! The main draw is it’s the easiest way to earn currency to unlock combat packs for cosmetics and allows you to unlock, customize and use over 100 weapons. You’ll need access to all of them as there’s more than 70 missions to blast through.

As with all FPS’s multiplayer though, it is the main draw and Modern Combat delivers in spades. The Nintendo Switch has a minuscule amount of shooters available. Albeit a little dated graphically as well as the gameplay department(WHERE IS THE JUMP BUTTON?) it fills a gap in this console’s library that is sorely lacking. The animations and particle effects lean towards the rudimentary though the game runs quite smoothly on the hardware. The net-code seems to be quite solid and I never experienced any drops during online play. The multiplayer suite of the game is basic free-for-all or team battle for which you can battle up to 12 total players online in either mode. The game features nine maps currently available for competitive play. Unique to the Switch is the ability to link up to eight systems for local custom matches.

As stated before I played exclusively with my Pro controller, the Xbox gamer in me won’t allow for anything else. Luckily, if you want options you have them. Another Switch exclusive feature allows you to game with the before mentioned Pro controller as well as the standard Joy-con Controllers and if you’re a veteran of the series you can also control it in tablet mode with only the touchscreen.

Although overwhelmed by the likes of Doom and Wolfenstein on the console, Modern Combat Blackout pound for pound brings a lot to the table for a third of the price. The story of the campaign is paint-by-numbers and a bit of a shooter’s gallery but the multiplayer and unlockables help the game really shine. Making the $20 a year you pay for Switch Online a little more palatable.

Jump into the crossfire as the latest Modern Combat raises the bar for FPS action on Nintendo Switch! Pick from 9 customizable classes and fight around the world in thrilling 12-player online battles, or in the engaging offline story mode. Find friends and join a squad that fights together, or go it alone like a true commando. However you play, you’ll unlock potent new skills and a variety of gear as you progress.