Middle-earth: Shadow of War has landed and is arguably one of the most anticipated sequels this year.  In the first title, Shadow of Mordor, players took on the role of Talion.  His family was murdered right in front of him, just before Sauron took his life as well.  The Elven wraith Celebrimbor resurrected the ranger, making them as one.  From here, Tailon was determined for swift vengeance.  While players were able to square off against Sauron in Shadow of Mordor,  Tailon was only able to take down Sauron’s physical form.  He was not able to rid him from this world just yet.  Now Tailon is looking to forge a new ring and destroy Sauron once and for all.  This is where Shadow of War begins.

The story in Shadow of War is somewhat controversial as it steps outside of Tolkien’s mythology.  Another factor in the game that is getting a lot of attention are the micro-transactions.  To put it simply, neither should be a deal breaker if you enjoyed the first game.  This sequel has lots of surprises along the way within the story and it’s no doubt a highly entertaining campaign.  Shadow of War just contains more of what made the first game such a a huge hit, on top of some new innovations for the franchise.  While I am in agreement that micro-transactions have become far too prevalent this generation,  it won’t ruin your time with Shadow of War unless you are determined for it to. 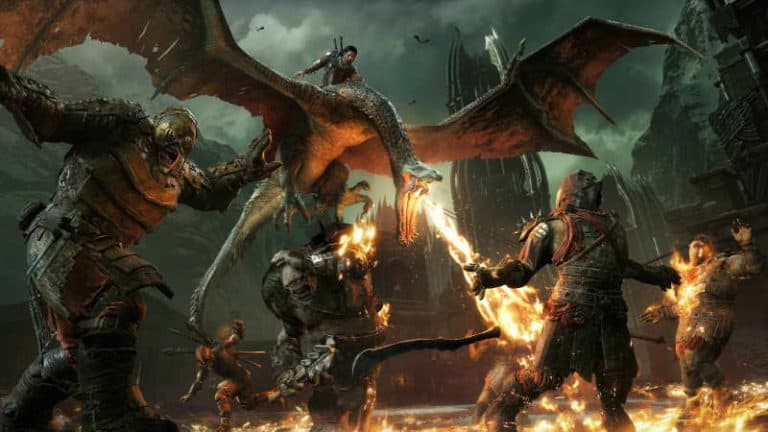 Chaos surrounds you even more so in the sequel and the action is relentless.  It is such a fun game and the amount of content is really impressive.  Thousands of orcs, Uruks and Olog-hai are waiting to meet the end of your sword in battle.  As you work on exterminating their rule on the land, you’ll rack up experience points with each kill.  These can be used to acquire more devastating ways to finish off these fiends.  Mastering parrying, evading and countering is key to survival.

The Nemesis system has a new dynamic to it in Shadow of War.  Players can now dominate orcs and captains, which makes them not only follow Tailon, but are capable of actual loyalty. Their respect for you can turn to betrayal as well however, depending on how you interact with them.  This new addition really makes Middle-earth seem that much more alive and personal to your playing experience.  Orcs are somewhat easy to turn, but captains will give you a much harder fight.  They are well worth the trouble though, as these brawlers can command your troops, spy for you or even be your very own bodyguard.

Each area once again has armies of orcs and you’ll have to take out the captains and warchiefs within the camps.  Your armies can be used to secure control points and claim fortresses after a hard fought battle.  These battles are pretty epic in scale and exciting to behold.  Another layer of immersion that Monolith Productions has brought to the table is how the world reacts to events.  For example, if a captain kills you, they can raise in rank.  If you fall to an orc on the front line, they could become a legend in their circle.  These guys are then cocky and remember you on the next interaction as they grin and laugh in your presence.  This will give players even more reason to track down these ghouls and let it be known who the real alpha is.  This is just another way that keeps Shadow of War fresh and engaging throughout the campaign.  Between the variety of objectives, defeating Sauron’s armies and building your own loyal legion for assaults, you will spend upwards of 40 plus hours before wrapping up the campaign. 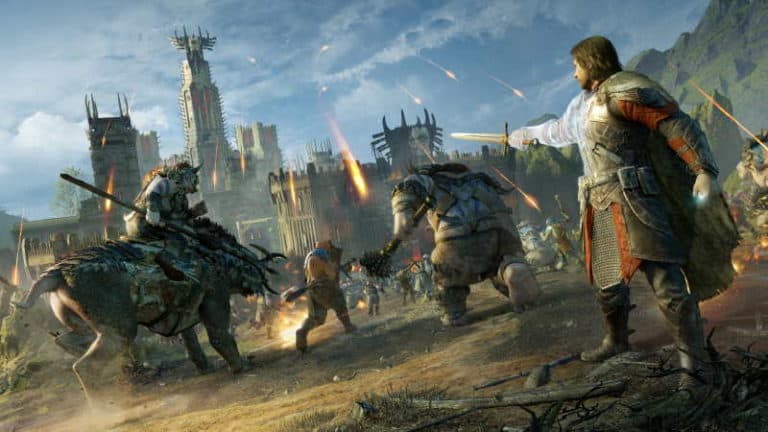 The visuals are outstanding on the PlayStation 4 Pro.  The environments are much more memorable this time around.  Players will visit a wide variety of locations in Shadow of War.  Explore rich forests, dense jungles, treacherous swamps and snow covered landscapes.  The one downside is that only the PC gets a high resolution texture pack.  There is a 4K cinematics pack that players can download for the PS4 Pro, but that is it.  With that said, it’s still a gorgeous game and widely impressive from start to finish. 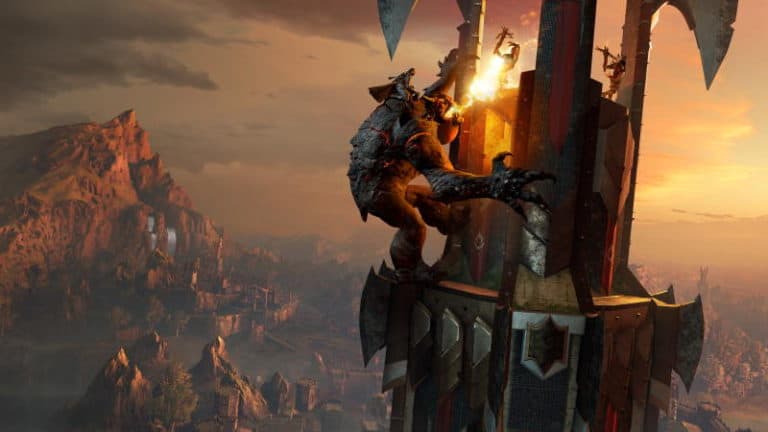 As impressive as Shadow of Mordor was, its sequel shows up with improvements across the board. Monolith Productions has implemented more interesting locations, an advanced Nemesis system, epic assaults and some of the best action sequences seen this year on any platform.

Middle-earth: Shadow of War is an action role-playing video game developed by Monolith Productions and published by Warner Bros. Interactive Entertainment. It is the sequel to 2014's Middle-earth: Shadow of Mordor, and was released worldwide for Microsoft Windows, PlayStation 4, and Xbox One on October 10, 2017.