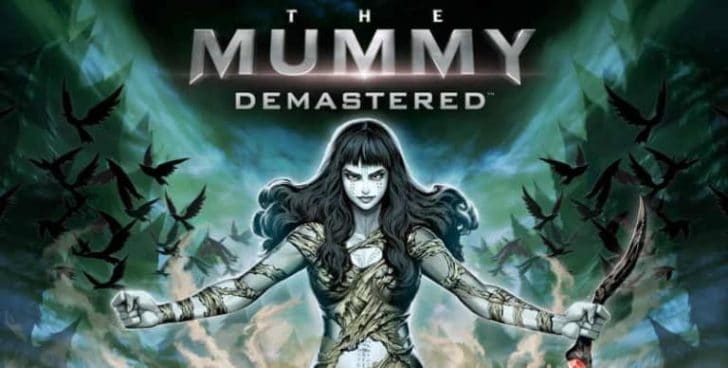 WayForward has created a Metroidvania style shooter with The Mummy Demastered.  If you watched the film and are thinking this game is a quick cash grab, I’m happy to say it certainly isn’t one.  It’s actually a great 2D side-scroller with graphical and gameplay traits that remind me of some iconic classics like Contra, Ghosts n’ Goblins, and Castlevania.

The story in The Mummy Demastered does not follow the movie.  WayForward wrote their own tale here and that is for the best as the film pretty much bombed at the box office.  Players take the role of a soldier from Prodigium.  It’s your job to locate and put an end to the mummy, Princess Ahmanet.  You’ve been sent in to locate other team members from Prodigium, assess their condition and the threat level within. 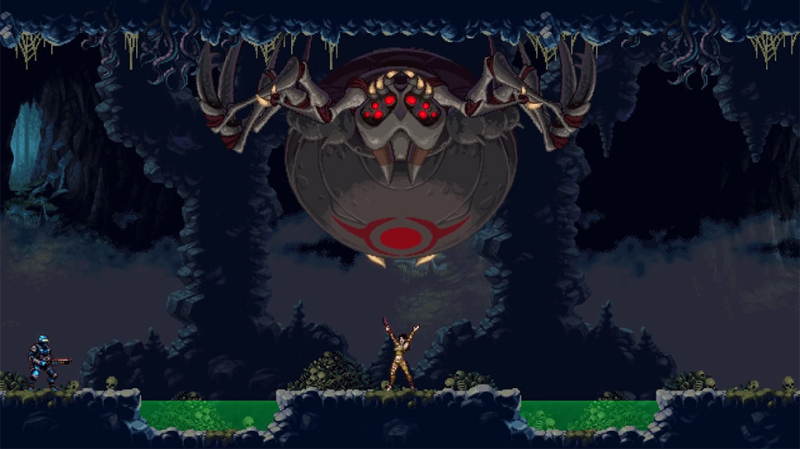 Players will quickly find out this place is crawling with things eager to kill them.   The Mummy Demastered has a nice variety of enemies to contend with that include insects, bats, dogs and many more respawning monsters.  You have an automatic rifle with unlimited ammo, but you’ll need to conserve bullets on any new weapons that you acquire.  You’ll gain some powerful firepower along the way, including a shotgun, flame thrower, grenades and even a rocket launcher for maximum damage.  You can also gain new capabilities that will help you along the way such as extra speed and higher jumping abilities.  These upgrades are what encourage players to thoroughly explore each area due to possible rewards in each new room that you access. 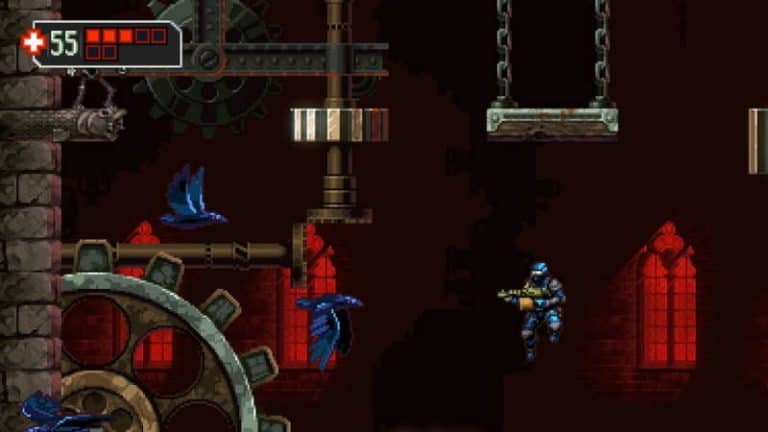 WayForward has implemented an interesting death mechanic into The Mummy Demastered.  When you fall to an enemy or boss, you’ll come back as a new Prodigium agent and have to kill the now zombie form of yourself to get your gear back.  It may be a bit harsh for some and can make for tedious replenishment runs prior to boss fights, but I believe it fits well for a game developed to match those in the 16-bit era which had many challenging titles.  The controls are pretty spot on, but I did have the occasional moment where there were enemies above or below at an angle making them difficult to shoot.

The Mummy Demastered offers a challenging Metroidvania shooter that looks like it came straight out of the SNES library with its colorful sprites and old school presentation.  The campaign should last in the 4-6 hour range, providing a fun side-scrolling experience that is quite challenging at times and another great option for retro gamers on the Nintendo Switch.

The Mummy Demastered is a Metroidvania video game released in October 2017 by WayForward Technologies based on the 2017 film The Mummy.