Mercenary Kings Reloaded is a brand new 2D shooter for the Nintendo Switch from Tribute Games. It originally hit the PC and PS4 in 2014, but this reloaded version comes with new characters and gameplay improvements that make it quite enticing for those that have yet to play this action packed shooter.

The visuals and gameplay in Mercenary Kings Reloaded certainly seems to have been inspired from classics such as Metal Slug and I can also spot some Metal Gear likeness within the communication screens between your comrades and home base.  The game’s campaign is based upon a squad of elite soldiers that must bring down Commander Baron and the CLAW organization that he leads on Mandragora Island.

Gamers can choose from 4 characters that include King, Frigg, Empress or C-Zar. Once you choose your soldier, the game takes you to  a small mother base of operations where you can upgrade your armor and weapons. Select which mission you wish to tackle and jump in the chopper. Each level is timed, so you’ll need to be mindful of this or it’s gameover. Once the primary objective is completed, you’ll clear the stage. 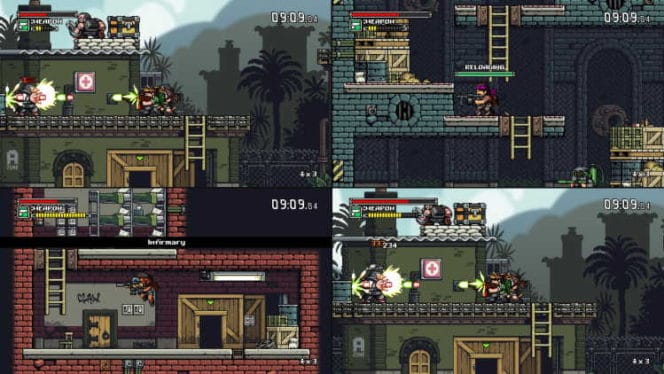 To level up your gear, you’ll need materials. These are found throughout each stage and also dropped from the enemies you defeat. It’s a nice system that encourages gamers to explore and get as much supplies as possible in each area for future upgrades. The objectives behind the levels primarily range from rescues, locating specific characters and shooting and blowing things up. There are 4 inventory slots that consists of your firearm, knife, C4 and grenades. The 2D action is actually pretty violent and over the top as the blood explodes from each shot; especially true with head shots. 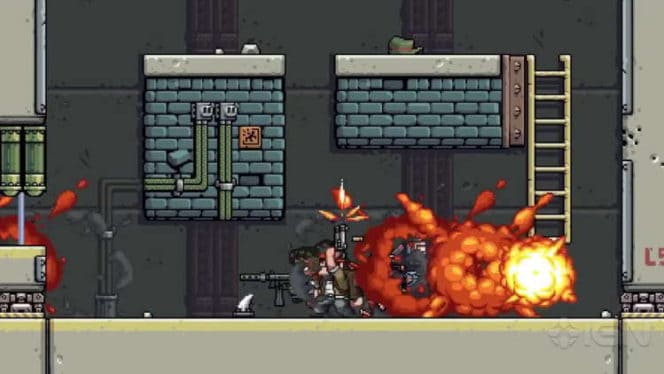 The game can be somewhat difficult if you get lazy in taking cover or not timing your shots correctly. The reload feature greatly resembles the mechanic in Gears of War. Hiting the reload button brings up a bar where if you time it right, will grant you increased firepower. If you miss it however, it will jam and leave you vulnerable during firefights. Local co-op is supported and this is an excellent game for playing with a friend or two. 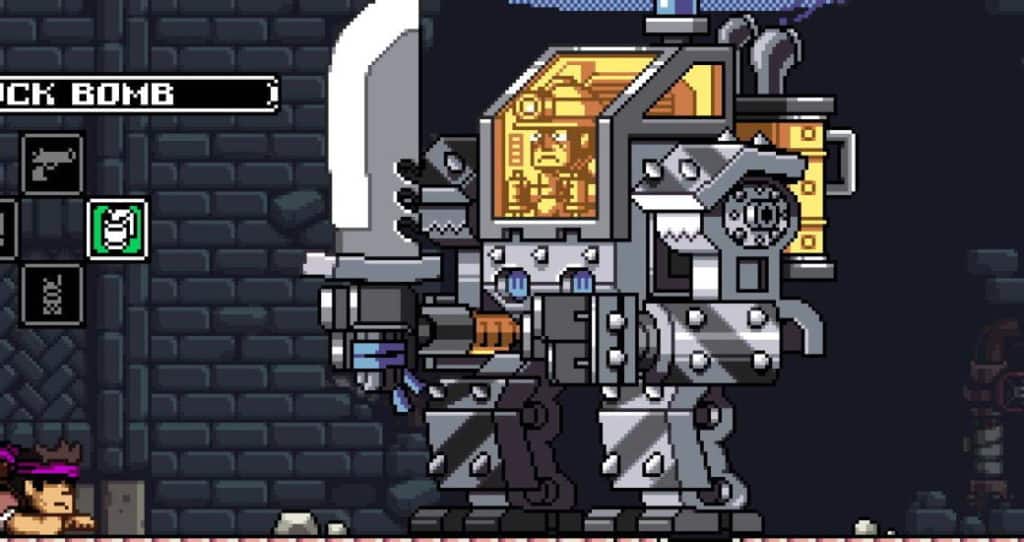 Mercenary Kings Reloaded delivers a classic 2D shooter experience that marks all the right check boxes. It has fantastic visuals, animation and the gameplay is a ton of fun. The home base and all the characters and options available was a really nice surprise. It’s a perfect title for couch co-op and should provide some serious fun for fans of this genre.

Mercenary Kings: Reloaded Edition. Craft your arsenal to avenge your fallen comrades and save the world from the fearsome forces of CLAW!