Marble It Up! Review (Nintendo Switch) 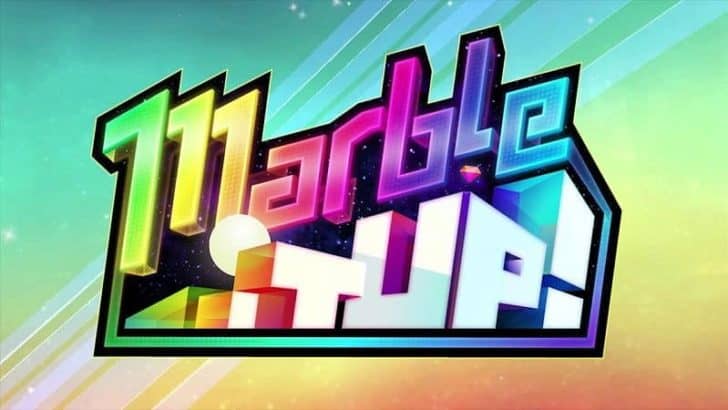 When first discovering this title, I knew immediately that I absolutely had to get it. Having spent many hours as a kid enganged in the NES classic, Marble Madness, I had a good feeling that this new release from Marble It Up! LLC would likely consume me from the very beginning.

The Marble Magic is Back

In an instant, I had a wave of nostalgia that took me back to the 8-bit classic in which my friends and I spent many weekends playing. It was colorful, engaging and immediately addicting. That’s pretty much the same recipe the original Arcade and console masterpiece had. This time around the tracks are much more detailed, vibrant and diverse in design. There are some really cleverly designed levels that have players defying gravity and the speeds that can be achieved adds to the overall intensity. The goal remains the same, get to the end as quickly as possible across all 40 stages. The faster and more precise you are, the higher your score will be.

This type of game would be dead in the water without solid controls. Thankfully the devs have really fine tuned this release; giving just the right weight and feel for the marble while moving and jumping. The levels get progressively more difficult, but when you fall off the track or misjudge a jump, it’s more a lack of experience than a cheap shot from the game. It really drives players to push forward and get faster with each run to beat their friends and other competitors on the leaderboards.

Marble It Up! is a fantastic new chapter for those that have fond memories of the Arcade and console classic Marble Madness. It sinks its hooks in you from the beginning and is incredibly addicting thanks to the high level of polish implemented by the passionate developers at Marble It Up! LLC. This is especially a great game to take on the go and knock out a few tracks while you are out and about with the Nintendo Switch.

Review Copy provided by Marble It Up

Marble It Up! Review (Nintendo Switch)

Roll, bounce, and boost your way from skillful start to frame-perfect finish in Marble It Up! - the next generation of marble-rolling platformer. Chase the records of your friends and the world's best players through intricate, beautiful, mind-bending levels… Get Ready to Marble It Up!