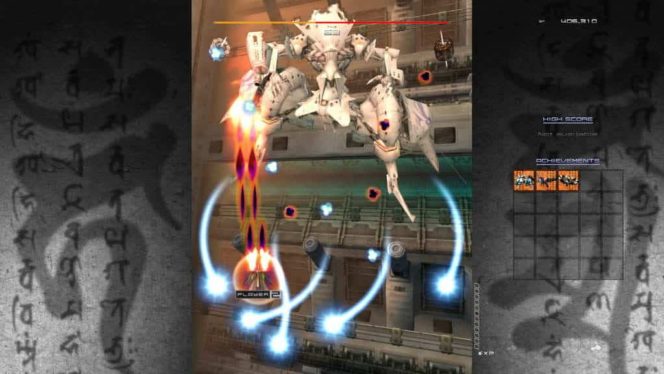 Ikaruga first made its appearance at various arcades in Japan back in 2001 running off the Sega NAOMI board.  It is the sequel to the popular shoot ’em up, Radiant Silvergun. Both titles were developed by Sega and directed by Hiroshi Iuchi. Ikaruga was later ported over to the Dreamcast in 2002 and then shortly after brought over to the GameCube, but strictly for Japan. The North American audience finally got their official port in 2003. Since then it has seen release on Xbox Live and Steam. Fast forward to today and we are reviewing it for the Nintendo Switch.

First off the bat, Ikaruga on the Switch is quite special because it allows players to choose if they want to play it vertically, as it was intended. Everything in this mode is formatted to perfection (unlike it’s horizontal playing style counterpart) and it’s a really nice feature to have available. The bullet hell style gameplay is in full attendance, as is the brutally difficult, but brilliant key gameplay element that really makes this title shine, which is the polarity system. There are 5 stages that include Ideal, Trial, Faith, Reality ,and Metempsychosis) that all conclude with a devastating boss that will do their best to crush your very existence. 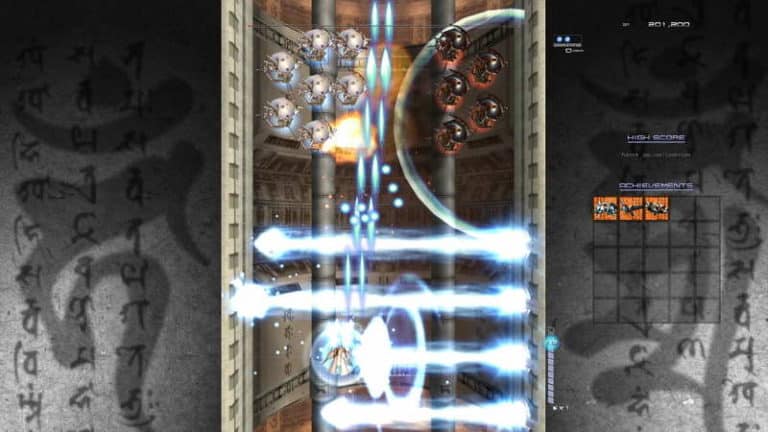 There are three levels of difficulty to choose from, offering quite a few choices and actually hours upon hours of gameplay for purists. For more casual gamers, you can lower the difficulty where you can enable continues and even unlimited continues if you wish. Note though that your scores will not be recorded on the leadboards if the default settings are changed. This means if you want the recognition online, you gotta all in.

The beauty of this system is that it works by forcing the player to make on the fly decisions, based off two polarities. By simply pressing a button, you can match white colored bullets and by doing so absorb their hits, which also charges up a special attack that can be unleashed on any and all enemies on screen. This allows you to charge directly into gunfire and then when there is an opening, switch polarities and fire off black colored shots for extensive damage to enemy ships. However, the same rules and principles apply to your ship. If you get your polarities mixed up during battle and get hit by gunfire of an opposite color, your ship is toast. The scoring system is another inventive system that is based upon chaining your attacks for bonuses. If a player destroys three enemy ships of the same color in a row, you’ll be rewarded with a chain bonus that is good for 100 points.The bonus is doubled for each successful chained attacked that follows in succession.

The whole concept is not overly complex, yet it is incredibly intense and immensely difficult to master for even the purist of bullet hell vets. The game design is so masterfully implemented that even through the most chaotic of times, there is always a chance to come out victorious. This comes though with hours of practice, and a mega ton of lost ships. Nothing worthwhile comes easy, so keep that in mind with Ikaruga. It will push you to your absolute limit, but in the end it will also reward all your hard fought efforts with an incredible sense of accomplishment for mastering the core mechanics that make it such a joy to play. Playing Ikaruga in vertical mode, cooperatively with a friend is absolutely a thrilling experience for shoot ’em up fans, and makes this the definitive version to own and a must buy for Nintendo Switch owners.

Ikaruga is a shoot 'em up developed by Treasure. It is the spiritual sequel to Radiant Silvergun and was originally released in Japanese arcades in December 2001.