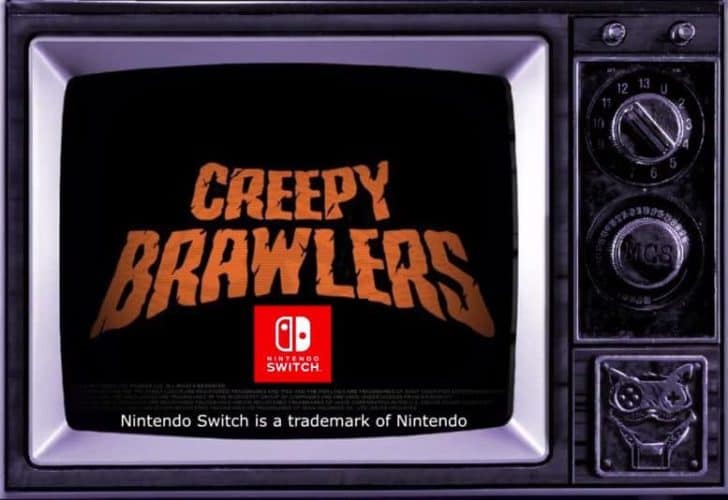 Mega Cat Studios is officially on the Nintendo eShop.  It was only a matter of time, as they both develop and manufacture brand new physical carts for the NES and Sega Genesis systems, making them a perfect fit for amazing retro game content on the Switch platform.  Today we are looking at Creepy Brawlers.  It’s a boxing game, highly reminiscent of Punch-Out!!, but with a ghoulish twist. 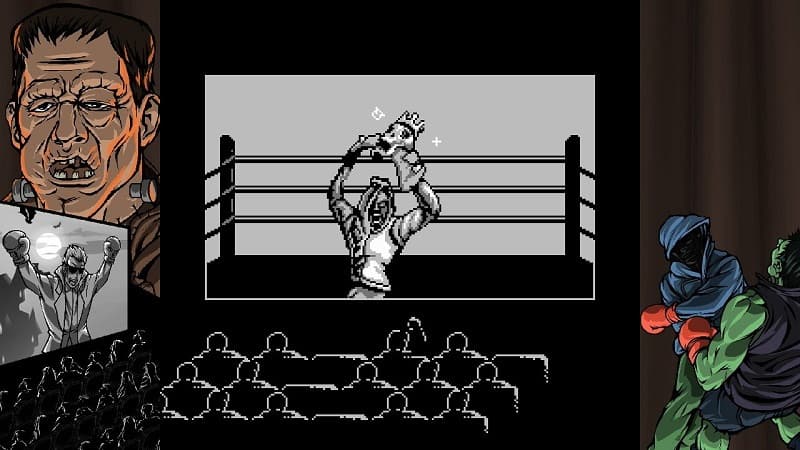 Creepy Brawlers starts out at the theater.  Our protagonist of the story is heckling the horror flick and it’s at this point where he is snatched out of his seat by a mysterious force.  You are pulled directly into another dimension…the very horror movie that was on screen.  Players are now forced to compete in a boxing championship, fighting all types of ghouls and goblins from popular horror movies. You’ll face off against Dracula, Wolfman, Zombie, Frankenstein, and many more fiends.  The only way out of this nightmare is to become the undisputed champ.

Each nemesis you face will have their own specific style and key weaknesses that can exploited.  It will be up to you to figure out each opponent, their attack patterns and most importantly when to strike.  A training mode is available where players can tune up their skills against each monster you have fought.  This will help prepare gamers for when they go toe to toe in the official Championship. 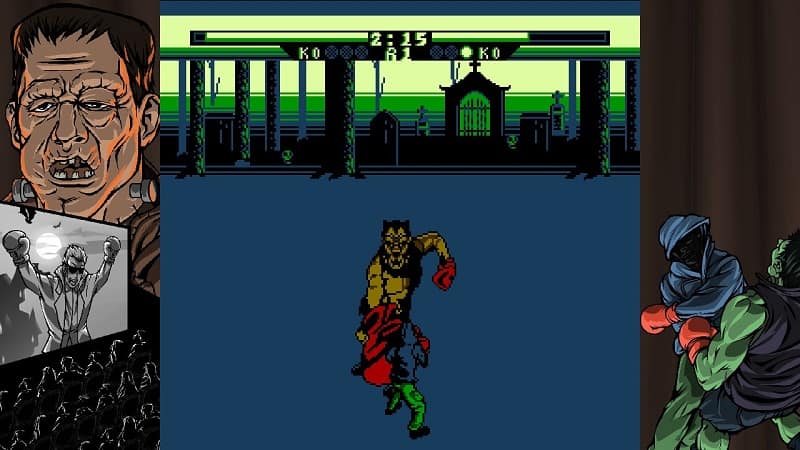 The gameplay behind Creepy Brawlers feels right at home on the Switch and is a great boxing game on the go.  Players will have to dodge, counter and attack with precision in order to move through this villain packed fighting roster and ultimately finish victorious.  Learning their movement and combos are critical to being successful.  Some have multiple phases as well, which helps to ensure each fight is action-packed. 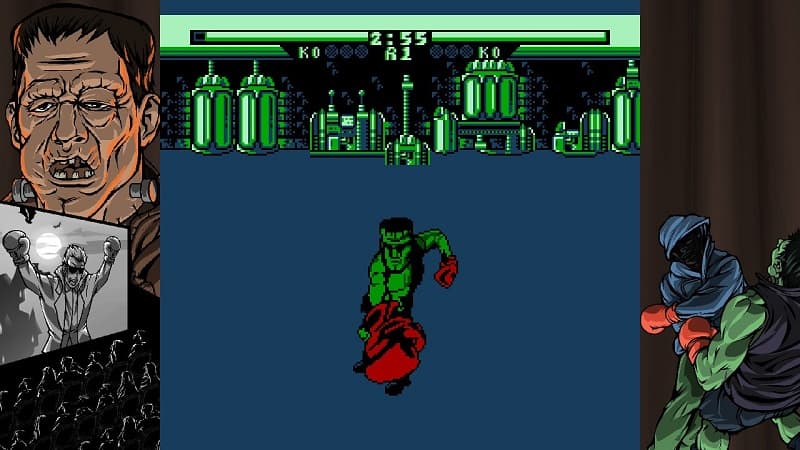 It’s also a ton of fun once you learn to read your opponent in the ring and are able can put them down for the count with ease.  Trust me though, that will take some time as this is no easy game.  Players can also earn achievements.  You can see all of the ones unlocked, plus those that are still up for grabs from the start menu by selecting the trophy icon.  When you beat the first fighter, who happens to be a Zombie, you’ll unlock the”Undead” achievement.  If you can make it through a match without taking a single hit, you’ll score the more elusive “Butterfly” achievement. Creepy Brawlers showcases some true to the time retro visuals for this port to the Switch.  The sprites are nicely detailed and very NES like in nature.  I don’t see any extras in place here for this latest release, but everything looks intact from the original game in all its pixelated glory. 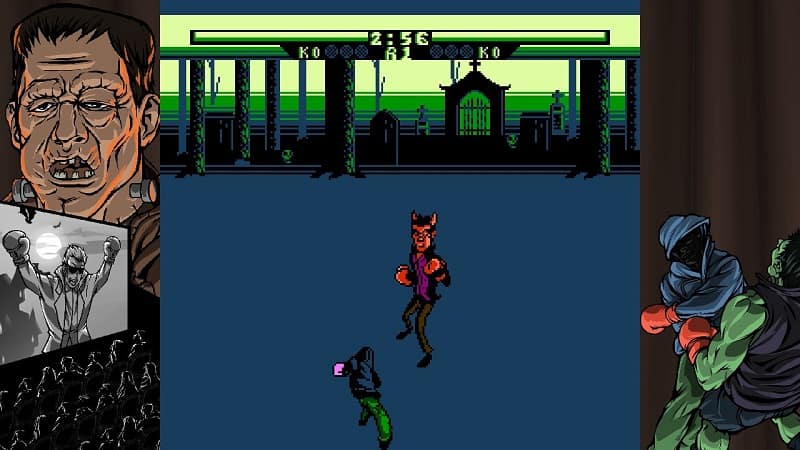 Creepy Brawlers from Mega Cat Studios is absolutely perfect for those that enjoyed Punch-Out!! from the NES and also happen to like horror flicks.  The game features solid control and gameplay, where fast reflexes and effectively timed counter attacks are your only chance at coming out alive.  The roster of iconic monsters are awesome, with each offering a substantial challenge.  You can pick this one up for $4.99 on the Nintendo eShop, while collectors can grab a rad physical copy for your NES here.