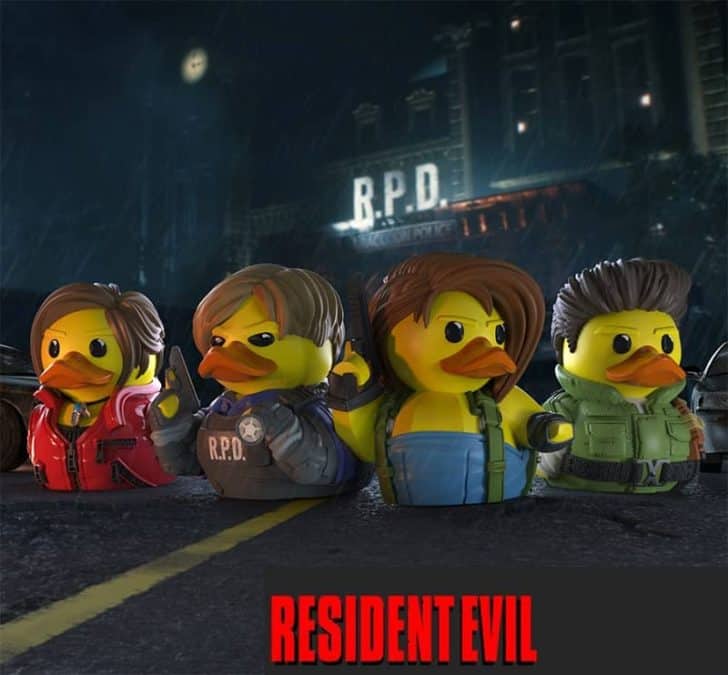 TUBBZ, from Numskull Designs, offers a wide variety of products to collect from your favorite movies, games and comics.  Today we are taking a look specifically at a few of their figures from the Resident Evil series.  This is one of our favorite gaming franchises and they sent over two legends from this iconic survival horror game, including Chris Redfield and Leon Kennedy. 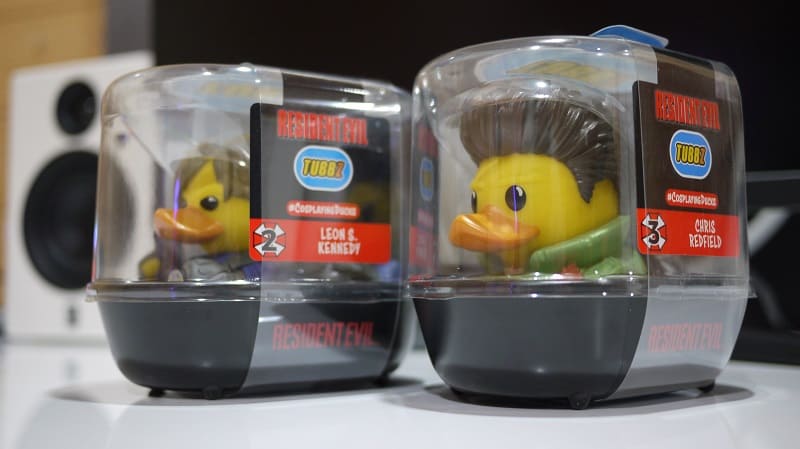 If you are any fan at all of the RE series, you’ll no doubt be familiar with Chris Redfield.  Chris and Jill Valentine debuted in the original Resident Evil as team members of S.T.A.R.S.  You could play as either character for the lead protagonist.  Chris was also in Code: Veronica, RE 5, RE 6 and made a special appearance in RE 7.  We also now know that he is coming back for the upcoming 8th chapter of Resident Evil in 2021, known as “Village”. 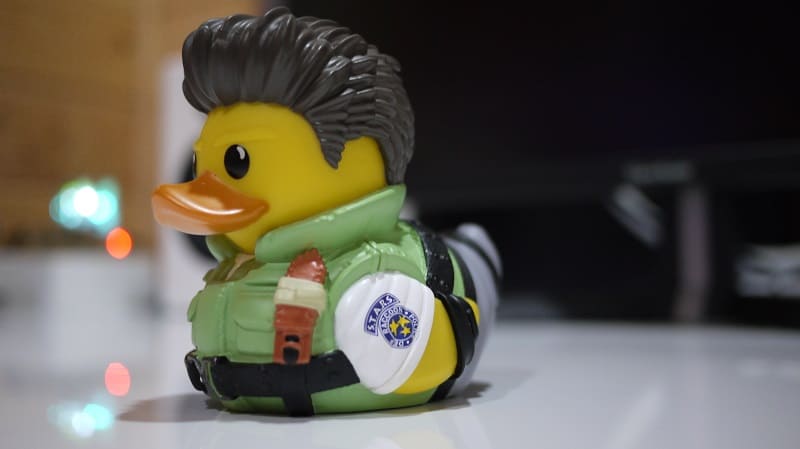 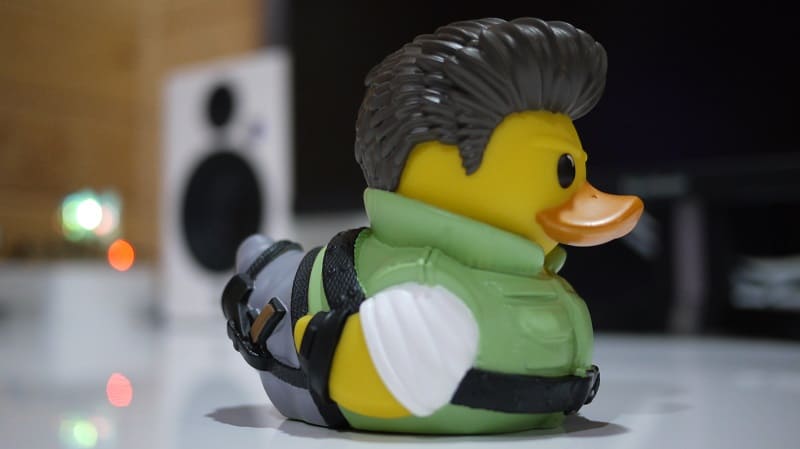 For this collectible, Chris is sporting his green combat vest, complete with the large combat knife across the left pocket.   Underneath the vest is a white t-shirt that has the S.T.A.R.S. Raccoon Police Dep logo featured on the left sleeve.  A black utility belt holsters Chris’s firearm on the right side; while grey pants tie in perfectly to match up his full uniform from the game.

First hitting the scene in RE2 alongside Jill Valentine, Leon didn’t really hit stardom until he was the star of one of the greatest survival horror games of all time…Resident Evil 4.  At the time, it completely revolutionized the genre and has since inspired multiple ports and HD remasters.  He’s become to many a fan favorite ever since. 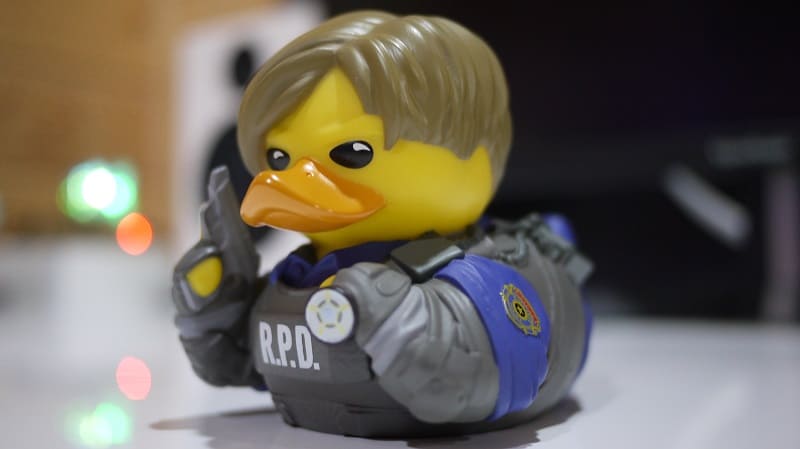 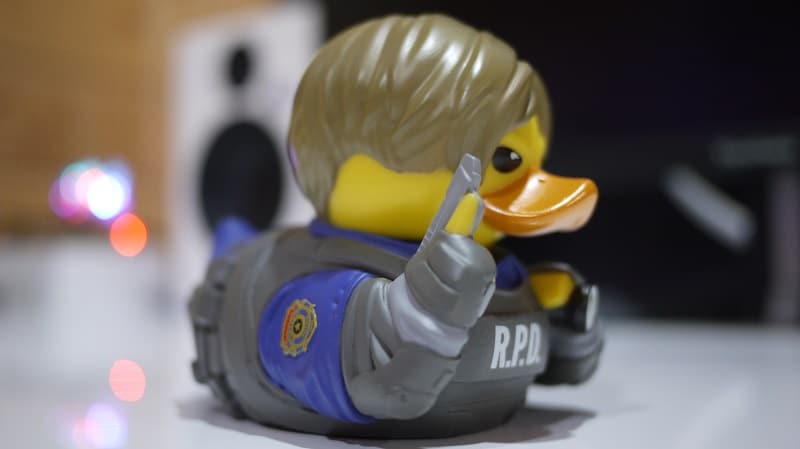 Out of the two figures here, my favorite would have to be Leon.  He has a bit more detail all around and the artists have created a fantastic expression on this model that is very true to Leon’s character.  The classic grey bullet proof R.P.D vest is in place, alongside the navy blue Raccoon Police Department uniform (R.P.D. Officer badges on each sleeve).  He is holding up his VP70 handgun with his right hand, while the the left hand is grasping his trademark flashlight, for taking out the undead lurking deep within the shadows.  Working your way around the figure, you’ll notice a few small satchels and a gun holster on his right side; while a police radio is firmly secured on the left side of his utility belt. 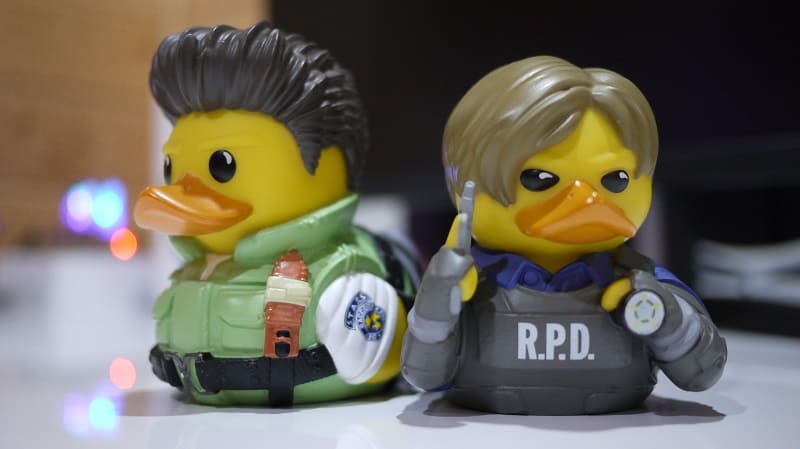 Numskull Designs has done a terrific job in carrying over all the intricate details from both of these iconic characters from the Resident Evil series.  Chris and Leon both have a nice weight to them and the quality found on each one is impressive.  They stand around 3.5″ tall and make a great addition to your gaming desk or workstation.  The TUBBZ product line is vast and continuing to grow by the day.  I’m already eyeing up the Metal Gear Solid, The Last of Us and God of War figures for future additions. 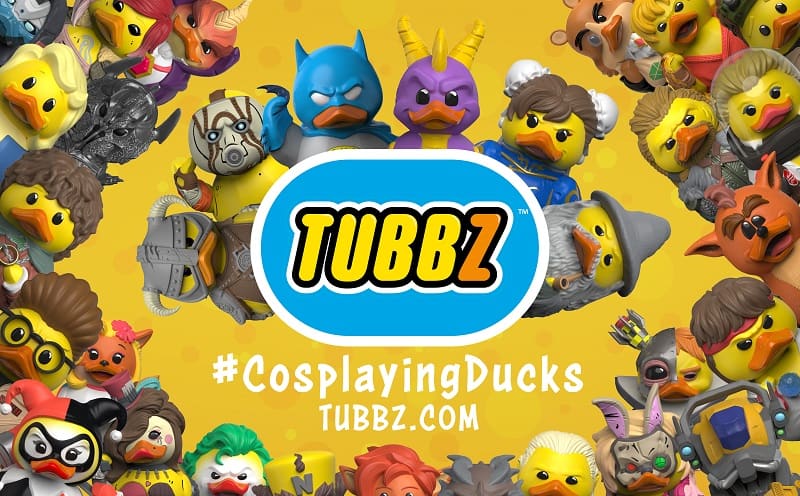