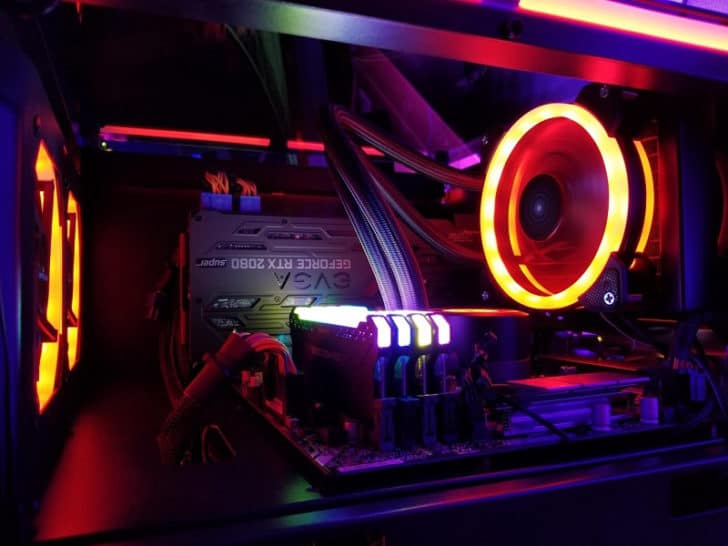 After much debate and consideration, we have hand picked and built what we feel is the ultimate Gaming PC under $2500 in 2020.  Our requirements were that it had to not only deliver high frame rates at 4K with Ultra settings applied, but also be visually striking in its design and features.  It needed to be void of any bloatware and we wanted to source this from a company where we could customize each and every component.  Lastly, it had to be extremely efficient, keeping everything nice and cool when under load.  This eventually led us to CyberPowerPC and their stunning Syber Cube Elite 300 model.

The CyberPowerPC Syber Cube Elite 300 is a site to behold.  It rests upon a steel stand, showcasing its components through three thick panes of tempered glass.  Each pane has a dark tint to it, giving it a sleek and stealth-like appearance.  That is until the PC is fired up.

At that point, the 5 large RGB fans, Corsair Vengeance RGB PRO RAM (32 GB), CyberPowerPC MasterLiquid Lite 120mm ARGB CPU Liquid Cooler and EVGA GeForce RTX 2080 SUPER XC ULTRA illuminate with brilliant color and effects.  The fans can be controlled and customized through the included remote.  The Corsair Vengeance RGB PRO RAM and EVGA GeForce RTX 2080 SUPER XC ULTRA can also be customized through their own software from your desktop.  No matter which angle or side you view it from, it’s one of the most impressive looking gaming PC’s on the market.

Max those Game Out 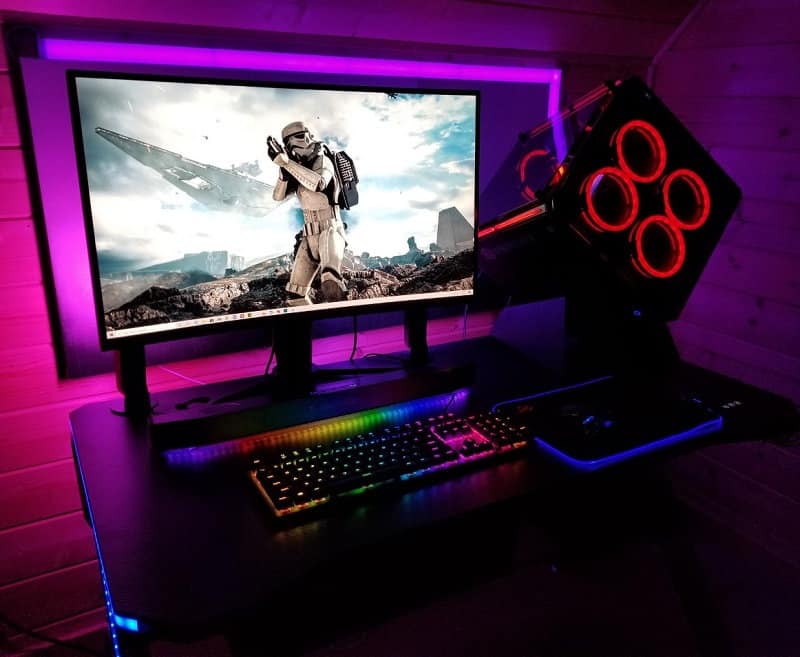 Let’s go ahead and list everything that makes this cube an absolute gaming beast.

While we considered the RTX 2080 Ti, the improvements in gaming are far too minimal to justify the $400 difference.  With a little overclocking (easily accomplished and controlled through the Precision X1 software) our EVGA GeForce RTX 2080 SUPER XC ULTRA provided outstanding performance under Ultra Settings @ 4K.  It was an extremely rare event to see anything below 60 fps on even the most demanding games tested.  This included Gears 5, Modern Warfare, Resident Evil 2 and Star Wars: Jedi Fallen Order.  Most averaged or were above 100 fps and it really does look amazing.  The RTX line also supports real-time Ray Tracing.  Modern Warfare’s lighting, fire and explosions looked phenomenal with this enabled, showing a very promising future for this evolving tech.  There are several highly anticipated games that will be taking full advantage of this feature in 2020, including CyberPunk 2077 and Doom Eternal.  We fully plan on maxing out these two titles as well upon release, as this build will be future-proof for some time. 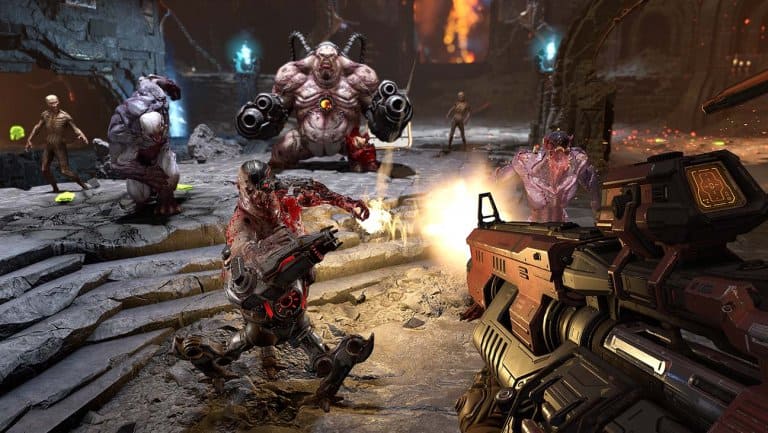 If you wished to sneak under the 2K mark, you could drop the RAM down to 16GB and go with either a regular RTX 2080 or 2070.  Switching out to a Ryzen CPU and possibly less storage, could easily taper the final cost to under $1,500.  This would still allow you to have a serious gaming machine, capable of playing most games at their max settings, but likely at a lower resolution on more demanding titles.  GPU prices will start dropping as we cruise through 2020.  Nvidia’s next-gen Ampere series will supposedly be launching mid year.  This means you can snag some of these flagship cards at a substantial discount soon.  Game on!