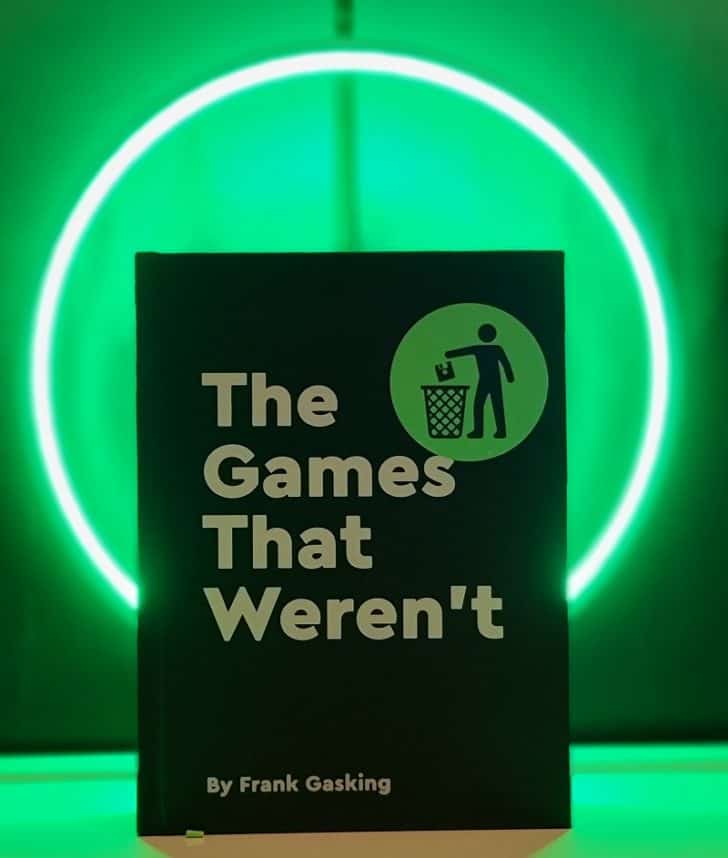 Bitmap Books has amassed one of the most impressive collections of retro gaming publications on the market.  The book we are covering today, “The Games That Weren’t“,  is by far one of their most interesting pieces of work to date.  It features an impressive list of video games that for one reason or another didn’t quite make it to full production.  It’s an exciting look into what gamers almost got to play.  This is a comprehensive and highly detailed read that covers the years from 1975 – 2015, featuring games from Atari, Sega, PC Engine, Nintendo, 3DO, PlayStation and much more.  Get comfortable and let’s take a look at what this very special release has in store for readers.

How Gaming Took Over the Entertainment Medium 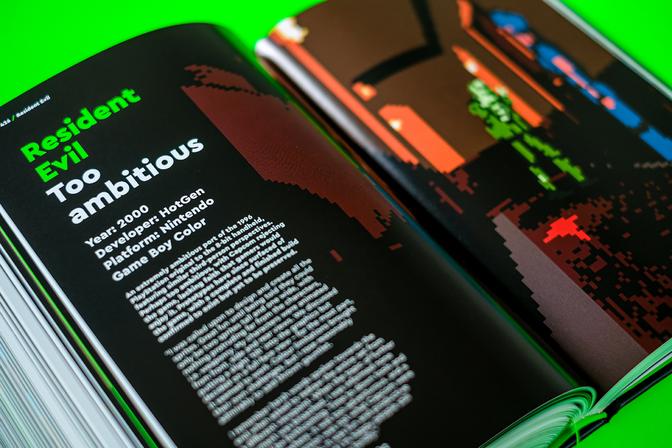 The gaming scene has grown into an absolute juggernaut, displaying what seems like near unlimited potential and growth in just about every region of the world.  Many aren’t aware that this once niche hobby, is now bigger than both the music and movie industry combined.  That is an astonishing accomplishment that very few could have ever predicted.  This has resulted into a plethora of console generations, the resurgence of arcades (for both collectors and entertainment venues) and an intense competition in having the best hardware and greatest exclusives.

The fight for a spot beside the living room TV really kicked off in the mid to late ’70s, especially with the launch of the Atari VCS.  The crunch to get games out quickly was even prevalent at this time and to no surprise, resulted in the same disastrous repercussions witnessed in today’s market.  We’ve certainly seen this happen to a concerning extent on many highly anticipated and large budget games this past year.  Within this present generation, rushed games can at least be patched (no excuse for not being fully polished and optimized however), so while first day adopters of new releases may encounter rampant bugs during their playthrough, it is usually corrected and made right by the devs through steady updates.

Before the introduction of quality broadband connections that enabled large updates and full digital game downloads, the videogame you purchased was the final product.  For that reason, there are so many titles that gamers have no idea were sidelined and eventually scrapped.  Journalists and those within the industry at times get leaks and receive inside information on projects that were in full production, but ultimately never made it to store shelves.  Thankfully for us, Frank Gasking and Bitmap Books worked together to produce, “The Games that Weren’t”.  After 5 years of incredible dedication and work, this limited edition hardback contains over 600 pages of truly fascinating stories and the games that for one reason or another didn’t make the final cut to our beloved consoles and local arcades.

A look at what could have been 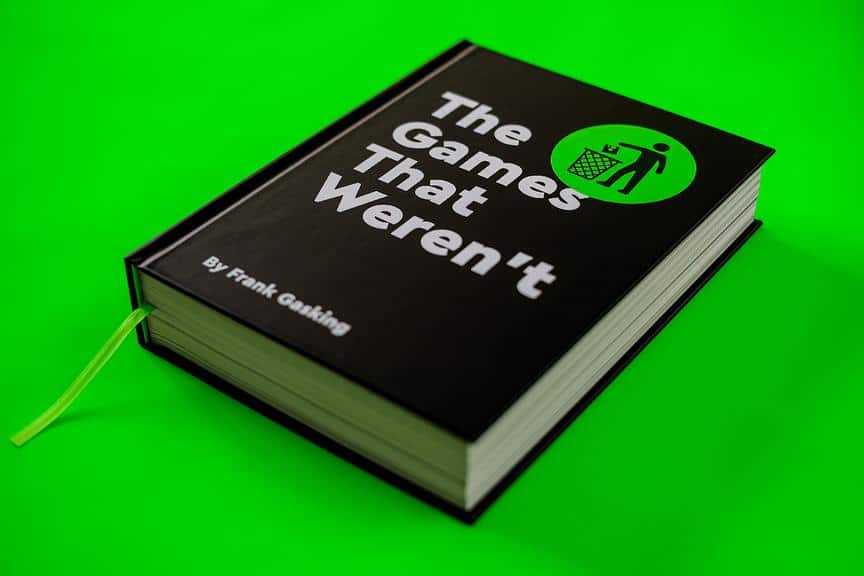 First off, this is such a unique book for game collectors.  It shares truly fascinating details and images of games that even the most hardcore crowd and gaming veterans have likely never come across.  A hot topic right now is game preservation.  With digital games more popular than ever, what happens when those servers are shut down?  Those games are potentially lost forever.  This book opens up an incredible portal into 40 years worth of games we missed out on; with some being a blessing in disguise and with others leaving us extremely disappointed in their unfortunate cancellations.

“Another really neat touch here is on every game featured, it states if it’s Available to Play today.  Many unreleased games after enough time has passed, can see their source code released.  This might be only specific levels to play or the entire project and available data.  This gives fans a chance to check it out and in some circumstances, work on it and even complete their version of what a finished build might have looked like.”

The beginning of the book details a system I have personally never heard of.  It was known as the “The Atari Game Brain”.  The controls, believe it or not, were on the console itself and the carts had the actually circuit boards to run everything (opposed to the console itself housing this hardware).  Interesting take and idea here, but not one that would take off unfortunately due to the obvious limitations that introduced.  Only a few prototypes exist today, with one being showcased at The National Videogame Museum.  As we all know, Atari thankfully didn’t throw in the towel with this setback and came back the next round with a truly winning formula. 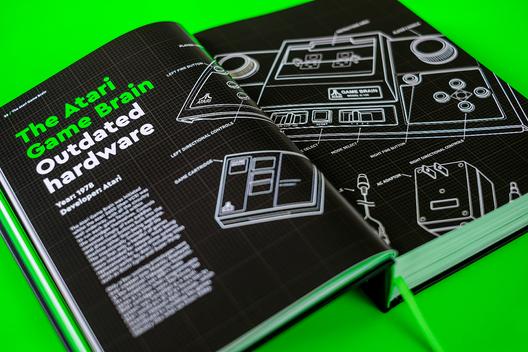 The Games we never knew we missed out on

As you progress further into the book, it covers a lot of lost titles that never saw the light of day for the intended home consoles.  Many of these were arcade based titles, with the goal to create ports for the ever growing video game console market.  The goal and pitch was to bring the arcade experience home.

Lots of tweaks and adjustments had to be made of course; with some hardware limitations proving too much to successfully create the desired arcade-like experience.  There were also many “test” units that were placed out in public venues to gauge customer interest.  It took very little time to see what had solid potential to be a big hit and which games were destined for the bin.  Some even had successful test launches, but were still cancelled due to other development complications.  A great example of this was Sebring by Atari, from 1979. 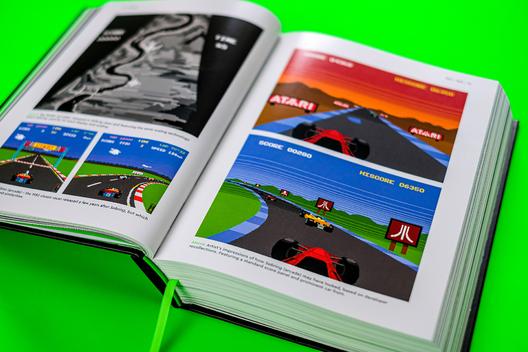 This was an F1 like racer for the arcade and had some really neat features and ideas implemented into the gameplay and cabinet itself (such as looping graphics that created an infinite-like road course and a 25″ monitor secured above the player that reflected into a curved mirror; producing a exciting 3D effect).  There is a picture of the official prototype cab in this book and collectors to this very day are still in search of it.

Attack of the Mutant Zombie Flesh Eating Chickens from Mars 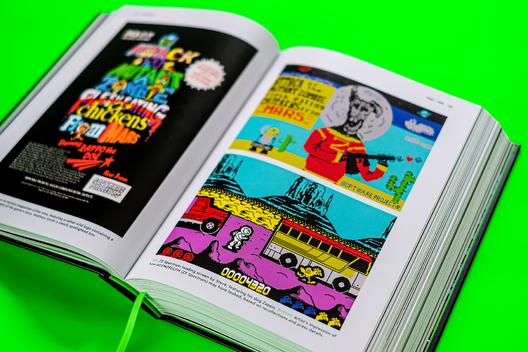 One of the more unique and downright wild games that was never able to make its debut was “Attack of the Mutant Zombie Flesh Eating Chickens from Mars”.  I can only imagine how hard this was to pitch to a bunch of corporate suits.  Even more interesting than the title, was what it was first intended to be…a Road Runner game for fans of the Looney Tunes cartoon.  The devs found out afterwards, that the license was actually already acquired.  A couple sprite and design changes, alongside a new protagonist “Zappo the Dog”, had the team excited once again.  Check out this awesome magazine advertisement for the game.  I really love the art style, font and look used here.  It certainly would have caught your attention back then, with its wild premise and visuals. 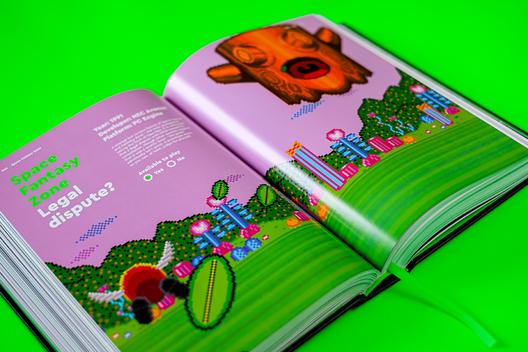 Any fans of Space Harrier here?  Of course there are, what a crazy question!  There was a game very similar to this iconic gaming franchise that was called “Space Fantasy Zone”.  It was developed by NEC Avenue for the PC Engine.  Some say Sega saw this as a blatant rip off of their IP, causing the inevitable cancellation; while others stated it was due to poor gameplay and an overall lack of quality. 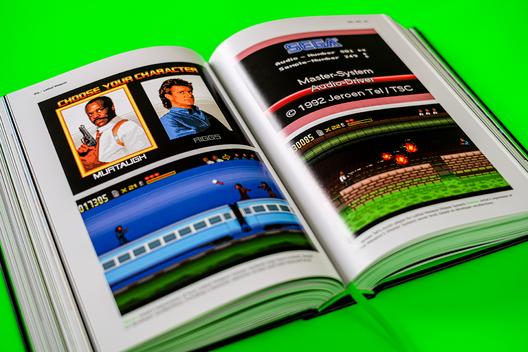 Another popular move in the ’80s and ’90s was to cash in on popular movies with games based off the film or series.  One such example was Ocean Software’s attempt at the Lethal Weapon franchise.  It appears there were many roadblocks on this one, including Nintendo being adamant that the dev team not release it on Sega hardware.  The work on this project continued however and they actually finished it.  A port for the Game Gear was even completed and feedback was positive on both platforms.  With no solid reasoning for the cancellation, most point towards the repercussions that would have transpired between Ocean Software and Nintendo, had they moved forward with branching out onto competing consoles. 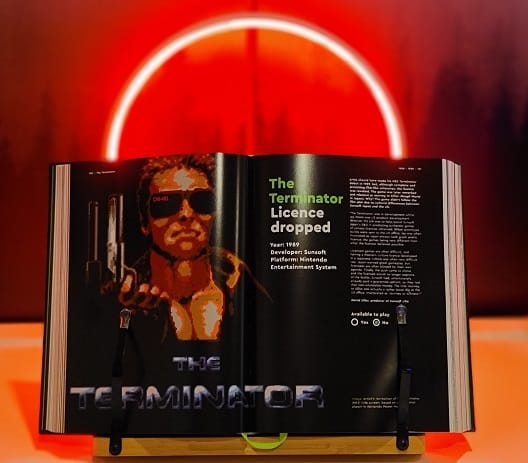 NES fans missed out on Sunsoft’s Terminator game, strictly due to once again licensing issues at the time.  The game was practically finished by the time this unfortunate news became public.  The team reworked the graphics and storyline, and lastly renamed the title to “Journey to Silius”.

The NES eventually saw a Terminator game based off the original film in 1992, but was not received well due to poor controls, lackluster graphics and no continues.  We did eventually get some awesome Terminator games though on the Genesis and Sega CD.

The Games That Weren’t is a joy to read and wonderfully detailed. It is comprised of so many incredible stories, across truly legendary gaming systems (from consoles to arcades).  It’s beautifully written and showcases the high quality fit, finish and look that Bitmap Books is known for.  What you have seen here is but a tiny glance into the plethora of titles covered in this very special release.

There isn’t another book like this on the market and as with many Bitmap Books, supply is extremely limited due to the immense demand.  We missed out on the initial release, but were absolutely stoked to secure a copy on this latest production run.  It is no doubt one of our new favorites to show off and proudly display on our coffee table.  Grab this one while you still can!