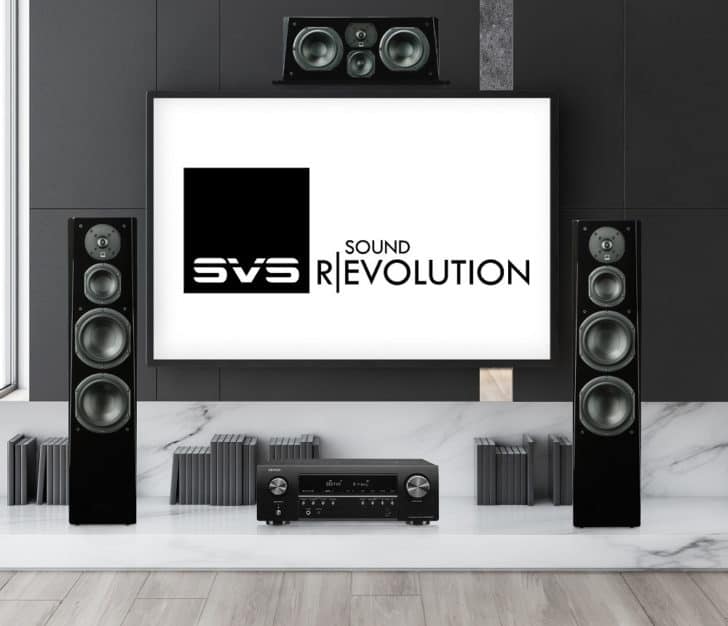 SVS entered the home theater scene with a specific goal in mind.  President and CEO, Gary Yacoubian, sole mission was to provide premium speakers and subwoofers, that showcase immense build quality and stunning audio performance at an unbeatable price.  It’s safe to say that over the years, they have certainly earned that reputation and in turn the respect from even the most demanding audiophiles.  For this feature, we are testing their Prime Tower Surround System to see if this still holds true today, amidst the flurry of stiff competition within this highly competitive sector.

The home theater market is a crowded scene.  Once you move up and start competing in the high-end audio performance segment, there is an entirely new level of expectations to meet.  That’s a daunting and intimidating task for anyone to take on.  Every component, material and finish of every cabinet must exhibit top tier level standards.  The bass needs to hit with more authority, the midrange has to be on point, your highs need to absolutely soar and the system must be expertly tuned for that perfect balance.

Spoiler alert, SVS has accomplished this with their Prime Tower Surround System and at the same time somehow managed to keep this under the $2,000 mark.  While it’s possible to sneak in even cheaper at $1,549 if you order it in the Premium Black Ash trim, you’ll want to splurge for the Piano Gloss Black if at all possible.  Trust me, it’s worth every last penny when you see how magnificent they are in person.  To understand the immense value contained here, let’s take a look at exactly what’s in this system and most importantly what it is capable of. 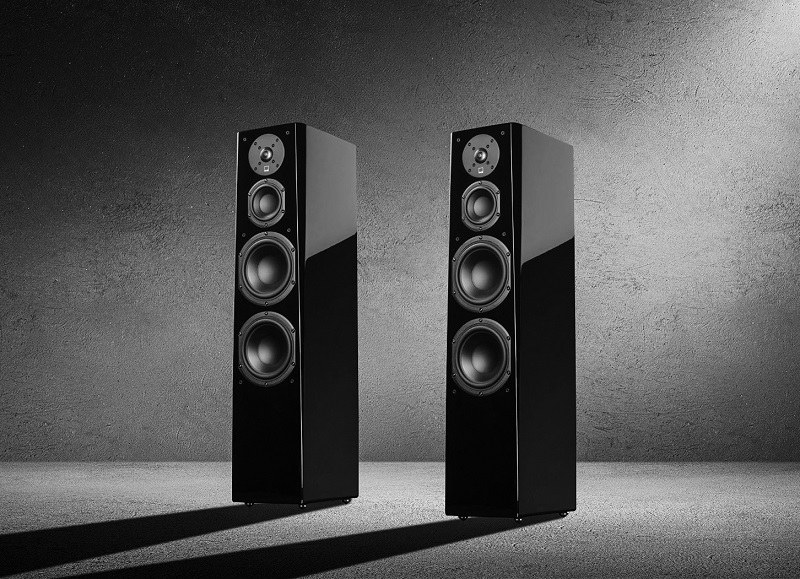 First off, you’ll be receiving a pair of SVS Prime Towers.  These are arguably the star within this system.  Weighing in at 40 lbs each and standing 36″ tall, it’s apparent these towers are here strictly for business.  They look absolutely stunning in the Piano Gloss Black finish.  Be sure and remove the cloth grills to expose the gorgeous speakers and drivers enclosed in this tower.

Dual long stroke 6.5″ woofers provide the hard hitting and high output bass notes.  A self contained 4.5″ driver delivers excellent midrange performance thanks to its ingenious enclosure design.  Both of these speakers feature Polypropylene cones, an Aluminum shorting ring, cast ABS-fiberglass composite baskets and vented voice coil formers.  At the top is a 1″ Aluminium Dome Tweeter with an FEA-optimized diffuser.  Located at the back of the towers are dual 1.7″ rear ports.  For effective placement of each tower, be sure there is proper distance from the wall for best results.

With these being essentially the core of the build, we immediately tested several types of entertainment media including video games and movies. This would give us a good idea of what to expect from the rest of this system.  First at bat was Call of Duty: Modern Warfare, set at Ultra Settings on the latest and greatest gaming rig from CyberPowerPC.  This highly anticipated FPS just released and is a prime candidate to push these hefty guys to their upper limits.  While I was more than confident in their inherent potential, the force that these towers bestow upon you when dialed up is just unreal.  You not only hear every shot and explosion, but feel it deep within your body; delivering incredible game immersion that is only capable through high-end components and speakers such as this.

“The deep bass notes, punchy midrange performance and crystal clear highs all come together for a full on audio assault that rivals any pair of towers we have heard yet.”

SVS has setup each 6.5″ woofer, 4.5″ driver and 1″ tweeter with their very own crossovers, creating a highly versatile 3.5 way cabinet.  The bottom sub has been tuned to hit lower notes (down to 30Hz), while the other is configured to perform on a much wider spectrum;  delivering not only tight bass, but highly efficient midrange response.  When you add up all the technology and components within each tower, it provides stunning performance that rivals anything even remotely close to their price point. 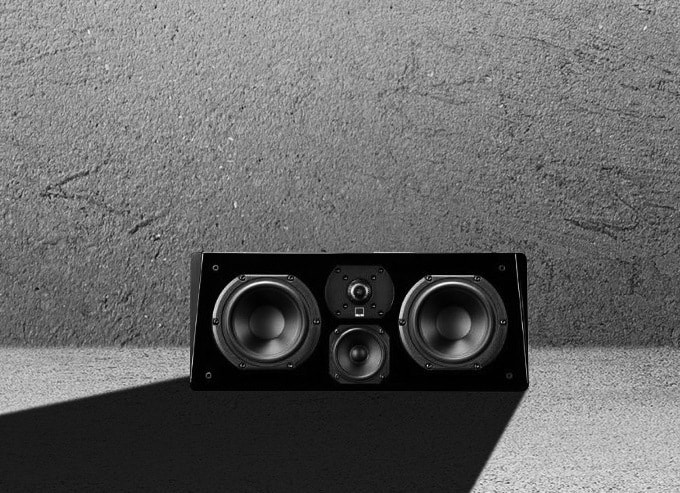 Once again, SVS goes all out with the Prime Center Speaker.  They seem to enjoy over-engineering their products, which I absolute love!  This thing is a tank, sporting two 5.25″ woofers with the same Polypropylene cones and cast ABS-fiberglass composite baskets found within the beastly towers.  Nestled neatly in the middle is a 3.5″ driver in its own enclosure, plus a aluminum dome tweeter to nail all the highs with the utmost accuracy.  This behemoth is around 8 inches high, close to 19″ wide and just over 9″ deep.  I was genuinely shocked at the sheer size and weight on this model.

The center channel is vitally important as it has many critical roles.  To see what this bruiser was capable of, we launched Avengers: Endgame.  To no surprise, it delivered full, deep sound and crystal clear dialog throughout the movie.  The large woofers allowed the center to really make its presence known here and synced beautifully alongside both towers.  The Prime Center also has two ports on the back of the cabinet, so be sure and place this in an open environment with no obstructions to ensure it performs at its full potential. 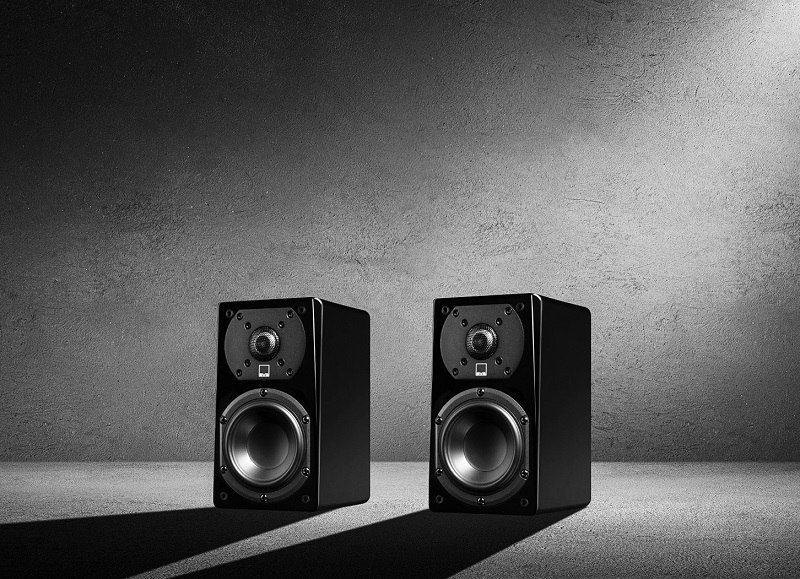 The same trend of immense quality found in the rest of the Prime System continues here.  The Prime Satellite Speakers carry the same sleek design and are surprisingly heavy upon picking them up,  especially given their compact dimensions (weighing nearly 7 lbs each).  Each cabinet contains the same 4.5″ driver and 1″ Aluminum Dome Tweeter found within the Prime Tower.

It features a 2-way crossover with premium grade capacitors.  There is a single 1″ rear-firing port on the back.  It can easily be mounted to your wall via the included rear bracket and it’s recommended that each satellite be 24-36 inches above ear level from your couch or seat.  As the other models in this system, the Prime Satellite speakers can be cranked within an inch of their life without losing any noticeable audio clarity.  Their additional support and presence rounds out this outstanding home theater package, maxing out the excitement level of every game and movie played through them.

With everything properly placed and connected, it was time to have some fun.  While I didn’t think it was possible, this system made us even bigger fans of Rogue One: A Star Wars Story.  It was thrilling to watch with such powerful sound behind each battle and skirmish, specifically the scene on Scarif where the Rebels sacrifice it all for one last stand against the Empire.  Vader’s appearance upon infiltrating the Rebel ship for the films finale gave me chills.

After this, we moved on to more games.  These included Bloodborne and Shadow of the Colossus on the PlayStation 4; plus Gears 5 and Wreckfest on the Xbox One X.  The amazing Gothic, Victorian era-inspired setting in Bloodborne was more terrifying than ever, as the beasts and creatures roaming through the darkness felt that much more real; their low guttural growls and roars often made the hair on the back of my neck stand at attention.  Taking down each mountain sized beast in Shadow of the Colossus was nothing short of epic, as each step and stomp from these towering giants shook the floor and couch. 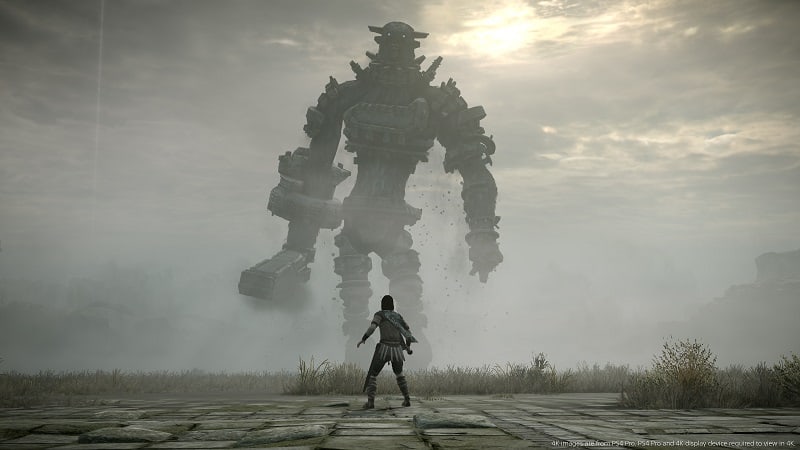 Gears 5 features a glorious campaign that includes some truly nightmarish opposition.  One particular scene early in features a dark tunnel packed to the brim with fearless, ghoulish creatures.  They swarm in at overwhelming numbers and scale the walls as they sprint towards you at a feverish pace in an effort to overtake and devour you.  This area provided another heart pounding experience thanks to SVS. 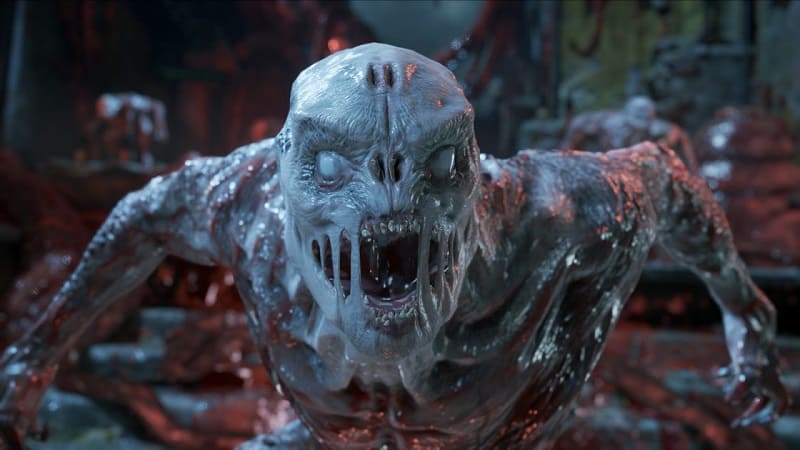 Our team wrapped up with Wreckfest, which is a new destruction derby style game where chaos and mayhem are king.  The sound effects from each collision and crash are brutal, plus the game’s OST sounded phenomenal.  It’s actually one of my favorites this year.  Each metal track absolutely ripped with aggressive guitar riffs and hard hitting bass notes throughout each song. 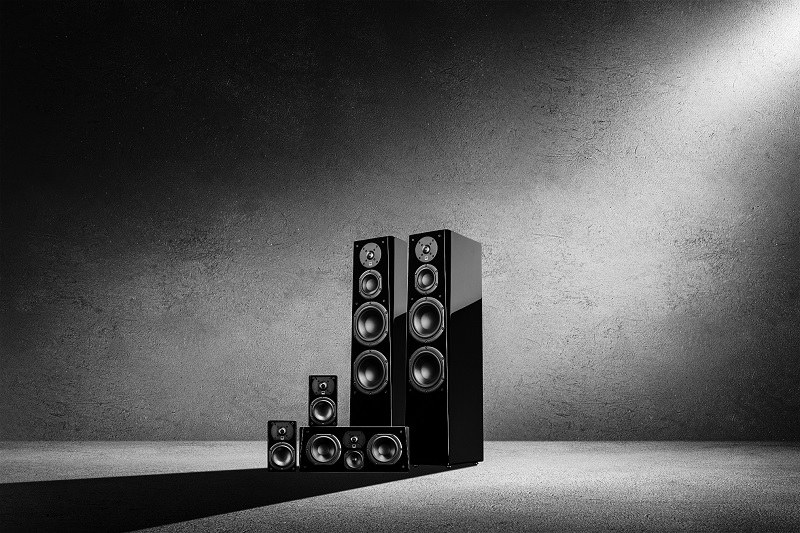 The Prime Tower Surround System from SVS demonstrates what is possible when a company refuses to compromise on their goals and accepts nothing less than absolute brilliance from their product line.  Each cabinet design presented here and their overall finish will floor you at first sight.  This system doubles as a work of art within your home theater or living room.  It provides blistering audio performance that makes every game and movie come to life around you.  The experience delivered here by SVS shouldn’t be possible at this price point and their competitors are more than likely loosing sleep over the immense capabilities and robust power produced in this amazing expertly tuned package.