Slain: Back from Hell originally released in 2016 on the PS4, Xbox One and PC.  The protagonist, known as Bathoryn, has to traverse through 6 realms and defeat each boss within to free the cursed lands.  It was funded through a Kickstarter campaign and got a lot of attention due to the gnarly pixelated art style and killer metal soundtrack recorded by Curt Victor Bryant.  It has loads of Gothic style throughout the game and features the old-school difficulty that was very prominent in these retro 2D action-platformers. 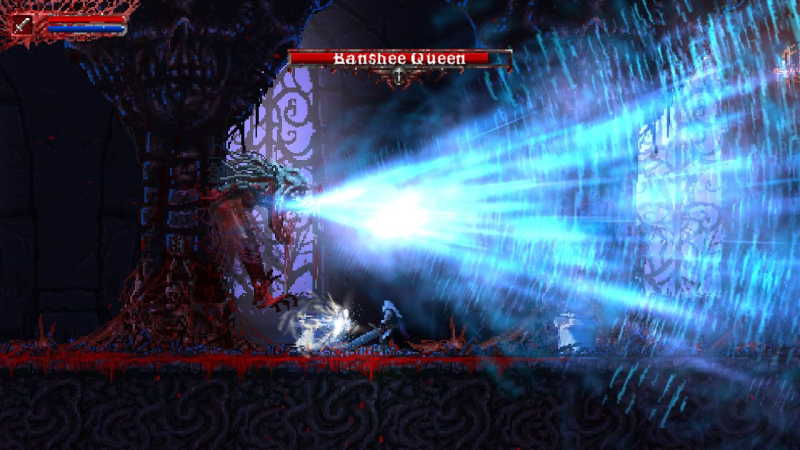 Published by Digerati and developed through Andrew Gilmour / Stage Clear Studios, Slain: Back from Hell brings the intense hack and slash experience to the Nintendo Switch.  It’s reminiscent of Brutal Legends in its metal inspiration, and similar to Golden Ax in its 90’s arcade inspired gameplay.  The soundtrack is amazing and can be even purchased for those looking to rock out to the 20 different headbanging tracks that have been composed for the game (recorded by Curt Victor Bryant). 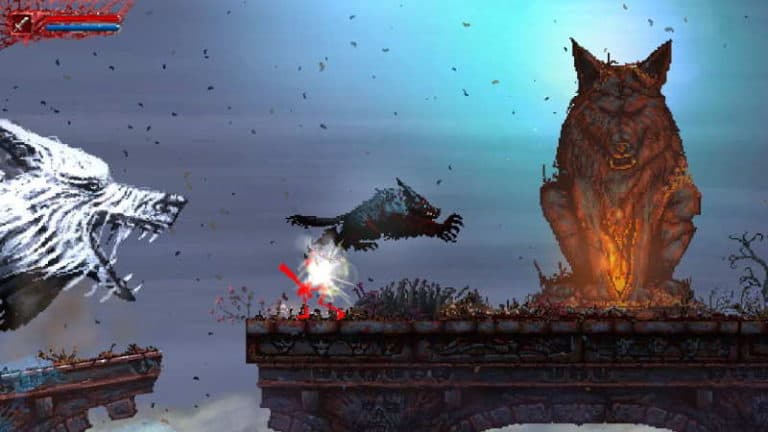 The visuals and animations in Slain: Back from Hell are wonderfully done.  The art style is rich in red tones, with a very unique and Gothic style that is a feast for the eyes.  The demons, environments and effects all have that old school charm to them that is sure to hit home with gamers that grew up during the 8 and 16-bit pixelated golden era. 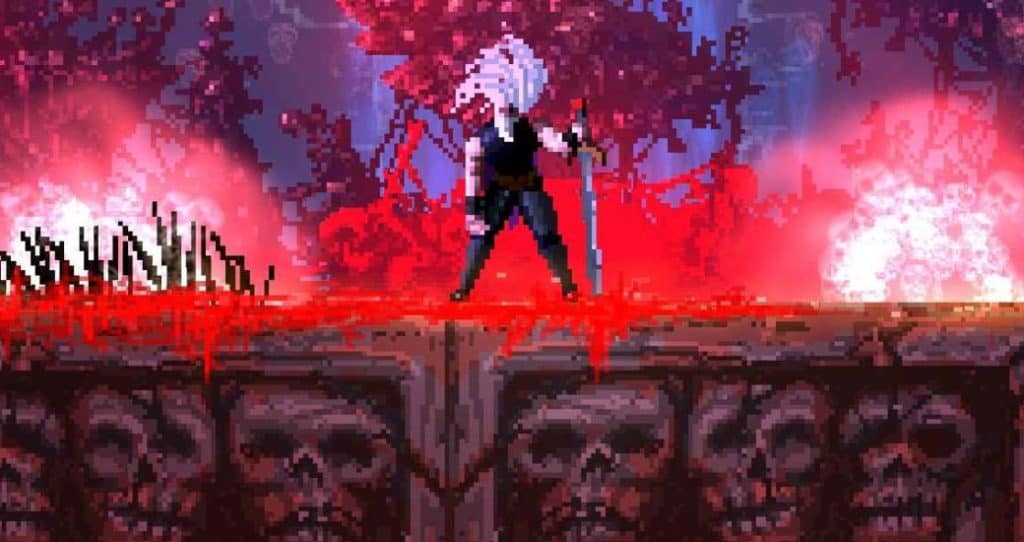 The game is absolutely punishing and players can expect incredibly challenging enemies and bosses along the way.  The platforming sections can be just as perilous as well.  Gamers are armed with a large sword that has the ability to be engulfed in fire or ice,  and Bathoryn also has magic to fight off the demon horde.  Timing a block at the right time allows players to parry attacks, making your opponent vulnerable to damage.  Mastering this is crucial to getting through each level and defeating bosses.  With the right timing,  you can also parry projectiles and send it hurdling back towards your foes.

There are no doubt times when players will experience frustration within the campaign.  Whether it’s from a one hit kill, or getting knocked off platforms due to taking a hit that results in instant death.  It should be noted that a new patch has been released that bumps up the performance significantly.  It now runs at 60 frames per second in both handheld and docked mode.  It previously ran at 30 FPS and this is an excellent improvement that makes the game much more fluid and enjoyable. 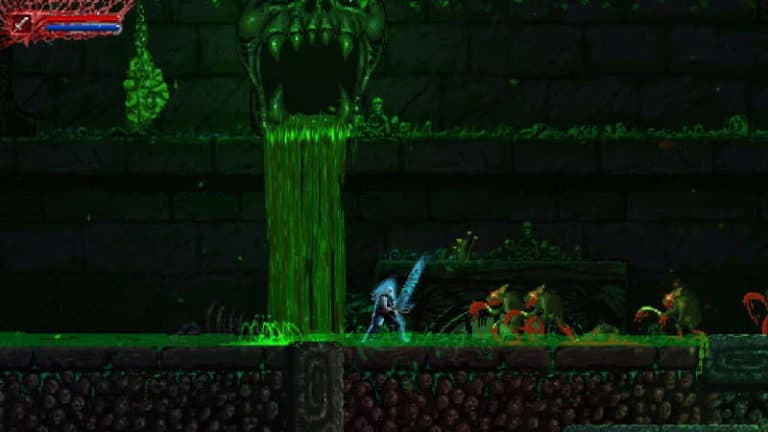 Slain: Back from Hell is a brutally difficult slasher that features a devilishly good music score, dark Gothic visuals and incredibly challenging gameplay. I think some players would have appreciated a more forgiving difficulty setting, as it can prove to be relentlessly punishing at times. With that said, you’ll get 7-8 hours out of the campaign if you hang in there long enough to master what’s needed to get through it, and I certainly encourage gamers to do so. With the new update in place that secures 60 frames per second for the game on the Nintendo Switch, I can now fully recommend this title. It’s a bloody good time that will demand you are at your best in order to complete each level and slay each menacing boss that awaits your arrival.

Slain: Back from Hell. A heavy metal inspired arcade combat with puzzle elements and gore galore. Prepare yourself for stunning visuals and true old school gameplay.