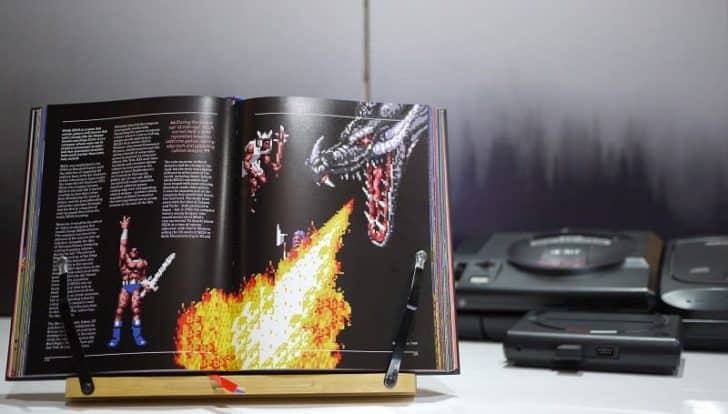 Bitmap Books was founded by Sam Dyer, a graphic designer with an enormous passion for retro gaming hardware and all the glorious games found on each system.  Sam, with the help from his talented team and a large number of supporters, have successfully published a dozen books now; collectively celebrating what many consider the golden era of gaming.  Today we are covering the SEGA Master System: a visual compendium.

This hardback features 424 gorgeous lithographically printed pages, complete with thread sewn binding, a spot varnished cover and dust jacket; plus 3D glasses for lenticular print.  This amazing book tells the history of Sega through not only vibrant art from the iconic Sega library, but from industry experts such as Mark Cerny, Mutsuhiro Fujii, Takashi Shoji, Steve Hanawa, Rieko Kodama and many more.  Take a seat, get comfortable and prepare to be swept back to 80s, where arcades dominated every mall and when Sega set their sights on establishing a stronghold on the Japanese gaming market and beyond. 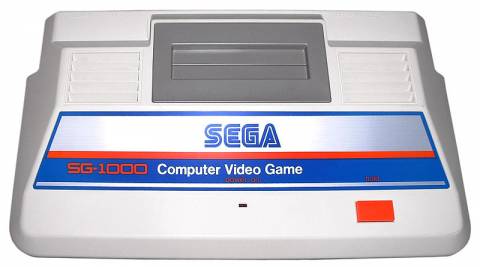 As you first open up the SEGA Master System: a visual compendium, you are greeted with a nice synopsis of the book’s content.  This is followed up with acknowledgements and a excellent foreword by no other than Mark Cerny.  Before he helped design one of the most dominant consoles in recent memory in the Sony PS4, he once was part of Sega’s team from 1985 – 1992.  He witnessed firsthand as Sega not only competed in the gaming market, but at times completely dominated the scene. 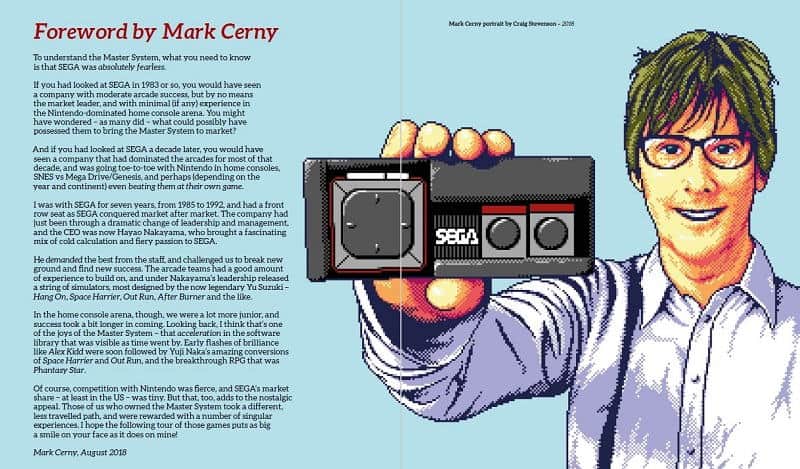 In America during this time, the infamous video game crash was taking place. The CEO of Sega at this time, Hayao Nakayama, remarkably saw this as a unique opportunity.  Japan wasn’t affected by this gaming recession and now was the the time to strike with the SG-1000.

“The ambitious mindset of Nakayama was a big factor in Sega’s initial takeover.  He pushed his team hard to deliver on the highest expectations and was highly successful thanks to their intense work ethic and his unwavering confidence in Sega itself.”

Sega wasn’t alone in the market though, as the crafty suits at Nintendo just happened to launch the Famicom on the exact same day the SG-1000 hit stores.  Due to some faulty chipsets, Nintendo had to recall a large amount of their stock and this allowed Sega to continue forward with their lead.  It was not to last long however, as juggernaut releases such as the arcade port of Donkey Kong skyrocketed the popularity of the Famicom.

To counter this, Sega released the SG-1000 II.  It had a brand new design that was sleeker than its predecessor.  It continued with traditional cartridge support, but also featured compatibility for a new media format called Sega My Cards.  They were the size of a credit card and could be manufactured at a fraction of the price in comparison to a game cart.  It also no longer had the hardwired joystick and at last featured detachable controllers.  Despite all these excellent changes and improvements, it was still not enough to hold off the strong third party support found on Nintendo’s system. 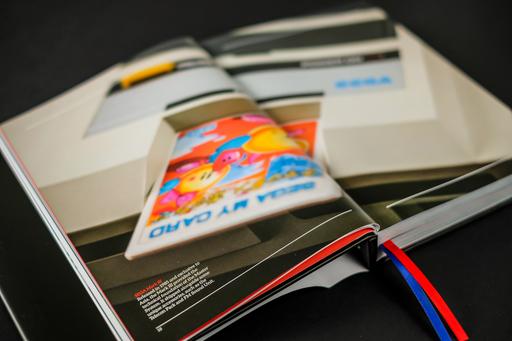 To once again counter the stiff competition found from the Famicom,  Sega launched the Mark III in 1985.  It sported faster speeds and superior sound quality thanks to the latest Yamaha chips housed inside the console.  It was backwards compatible with all SG-1000 carts and game cards, as well as previous controllers.  With this latest model, Sega got its mojo back, moving 1 million units within the first year. 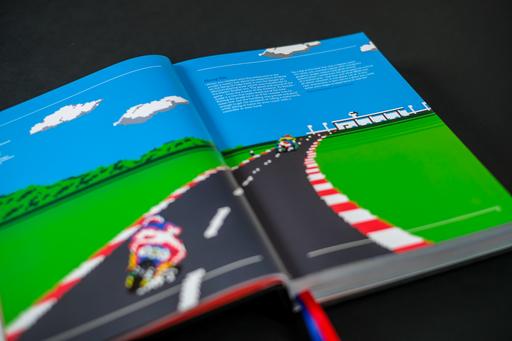 Sega was working hard on bringing over their amazing arcade franchises to the Mark III.  These conversions had to be scaled accordingly, which meant reduced graphic and audio fidelity, but the end result was still one of pure brilliance.  The mere thought of being able to play Out Run, Monaco GP, Hang On, R-Type and After Burner on a home console was mind blowing at the time.  If this wasn’t bold enough, Sega even delved into the world of 3D with their SegaScope Glasses.  They were truly innovative and not afraid of venturing into the unknown. 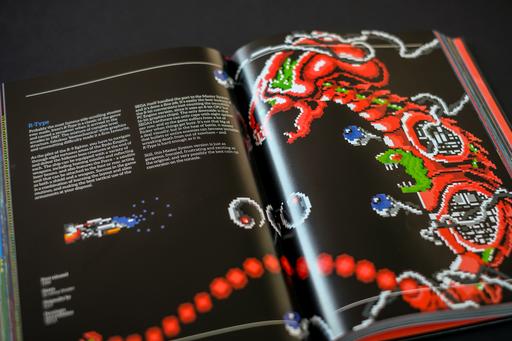 “To have this arcade experience at home was more than enough reason for most kids to save up every last penny and hustle extra hard on those early morning paper routes.” 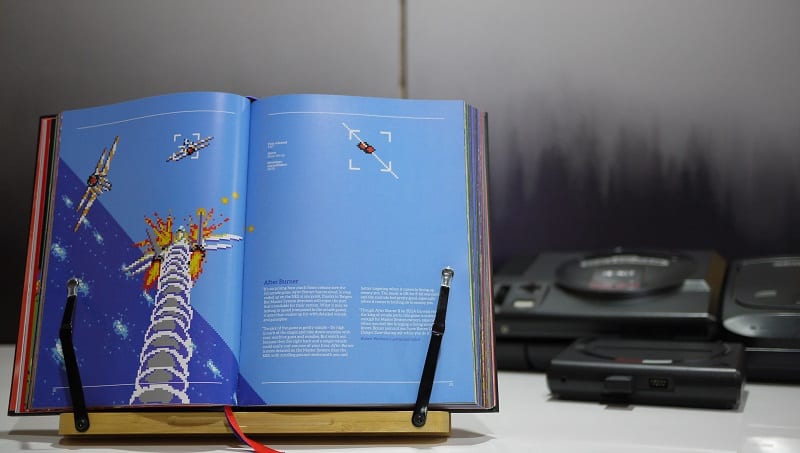 As good as their first party lineup was, the lack of third party games ultimately capped their success on the Mark III.  At the time, Nintendo had somehow negotiated an unusual contract with many publishers where they were prohibited to distribute their titles that were on the Famicom with any other game companies.  Without this crucial third party support, it was time for Sega to go back to the drawing board and come up with a solution. 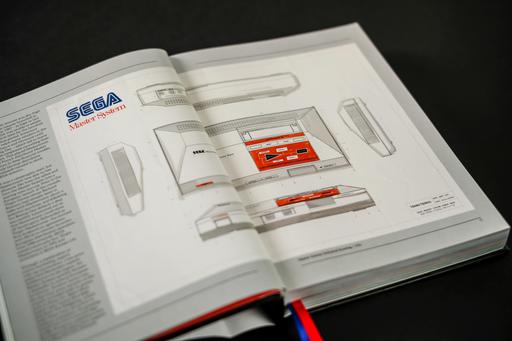 For America, the Mark III was a given a major visual overall in design.  The specs inside the box however remained identical.  It would also be known at the Master System in the US.  Origin to that name choice traces back to martial arts where there can only be one Master.   This system featured some amazing first party titles such as Alex Kidd and the wildly popular classic Phantasy Star. 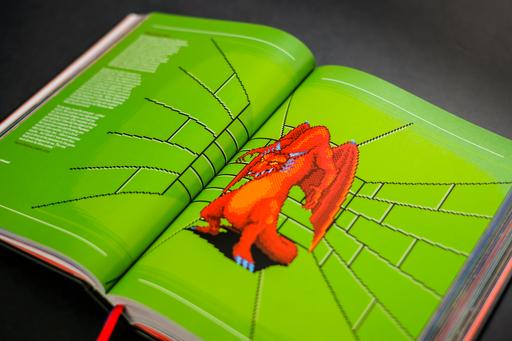 The Sega Master System remained the best place to play your favorite arcade games at home.  8-bit ports of Altered Beast, Alien Storm, Golden Axe, Ghouls ‘n’ Ghosts and Double Dragon were huge hits on the console.  They weren’t the near perfect ports that would later be found on the Mega Drive, but they were still wildly impressive for the time and an astonishing feat for the time; the developers found and harnessed every last bit of power hidden within the Master System. 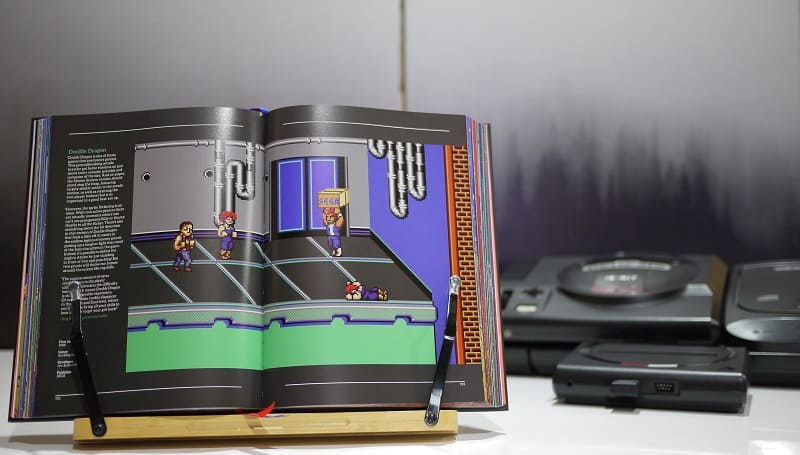 Even with this extensive catalog of solid games in place, it was still not enough to catch up to the overall fame of the Famicom.  Sega was not able to reproduce the level of global success seen from the Super Mario franchise in America and Japan. It did however prove to be a phenomenal seller in Europe and Brazil.  As of 2016, it is believed to have sold over 8 million Master Systems in Brazil alone.  The success, pitfalls and triumphs experienced here are what paved the way for the Sega to in time become one of the most recognized names in all of gaming. 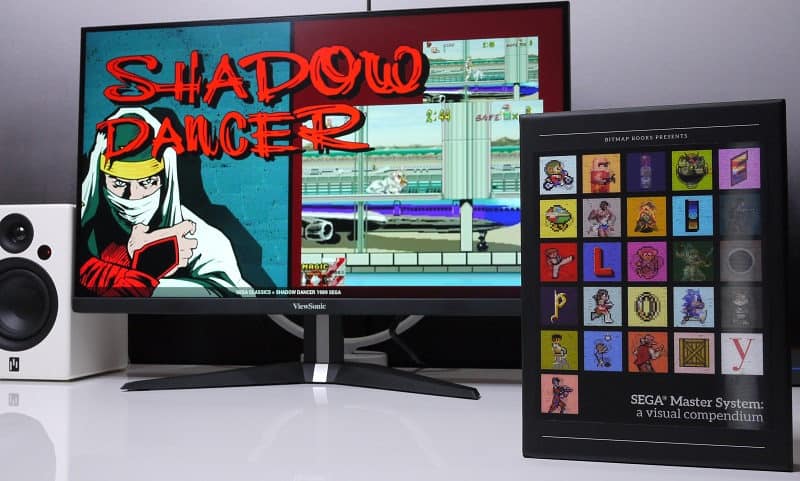 SEGA Master System: a visual compendium by Bitmap Books tells the incredible journey of Sega’s first steps into the console scene in immense and incredible detail.  Each page could be considered a piece of art that captures the historic origins of the SG-1000, SG-1000 II, Mark III and Sega Master System.  You’ll learn how these consoles impacted not only Sega’s trajectory, but the entire gaming industry.  The early experiments with not only each game machine, but the associated peripherals and technology is what made this such an exciting company.  Nearly 200 games are covered and captured here in pixel perfect presentation; alongside industry expert interviews, gorgeous box art pages and much more.  Weighing in at over 430 pages, this is just a priceless collection piece in itself for retro gamers.  Display this one proudly on your coffee table or in your game room…we certainly will. 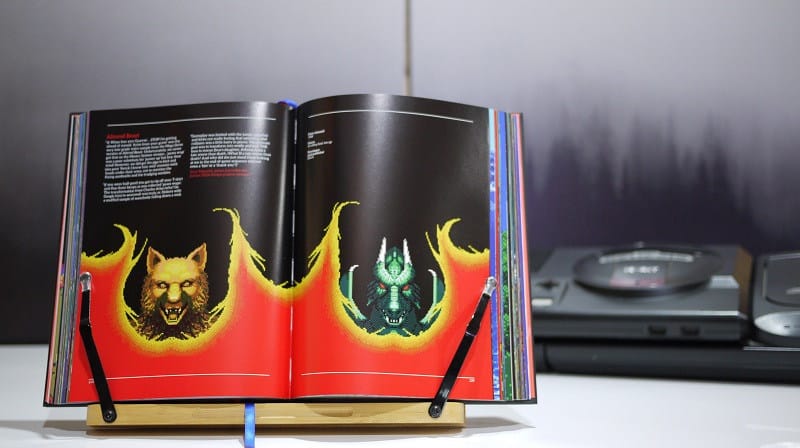 SEGA Master System: a visual compendium provided by Bitmap Books for this Review