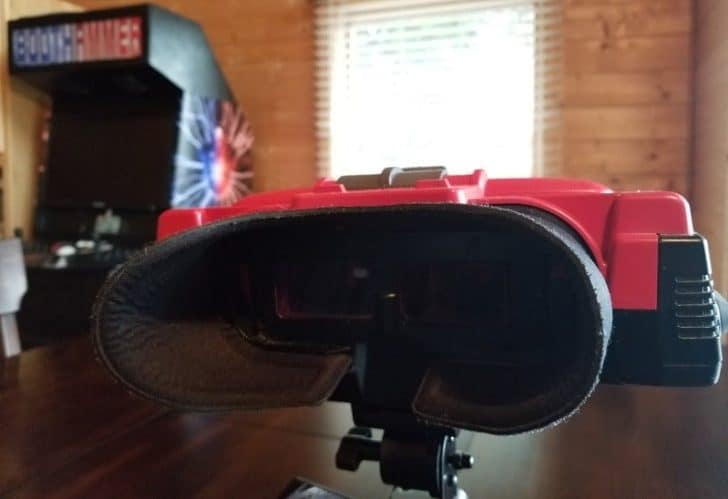 The Nintendo Virtual Boy was released back in 1995. This was when Twisted Metal, Chrono Trigger and Super Mario World 2: Yoshi’s Island were taking over the console scene. The thought of being able to dive into a Nintendo based Virtual Reality system was truly awesome. The reality of the end product however proved to be much different than what most gamers expected.

The Virtual Boy actually exhibited some impressive technology for the time that included 32-bit stereoscopic 3D graphics. In order to keep the cost down, the developers and engineers had to keep the display limited to a red monochrome display that it’s now infamous for. The world of every game is red and black; severely limiting the variety of scenery and look in each game. The development process for Project VR32 took 4 years and even with this long timeline, it was rushed out the door in the end to put all available resources on the upcoming N64. Production however was canceled after a mere year due to failed sales expectations.

I was able to briefly experience the Virtual Boy growing up by renting it at a local Blockbuster Video. I remember having fun with it, but not to the point where I convinced myself to save up for it at any point. It was merely a weekend rental and that was the only Nintendo console I had ever passed on up to that point and ever since.

Fast forward nearly 25 years and I have been quite interested in adding one to my retro game collection. This past Christmas, my wife surprised me with one in mint condition and even still in the box with everything included (Mario Tennis, a rad poster, controller, battery pack, manual and stand). The stand was the only item that wasn’t in near perfect condition. It was loose and wasn’t sturdy at all. A quick search online brought up new replacement replica stands for only $25. This was the only thing affordable associated with the system at this time. While it was Nintendo’s biggest system flop, they are now highly collectible and sought after by retro gamers. There are Japan based systems that are much more affordable on sites like eBay if you wish to save over the US model.

Mario Tennis is actually a great game to be bundled with the system. My wife and I both played this one as it’s easy to pick up and a solid sports title that showed off the stereoscopic 3D depth of field quite smoothly. I was eager to play more of the library, so I ordered Virtual Boy Wario Land (one of the highest rated games on the system) and Vertical Force (a fun space shooter that makes great use of 3D effects).

Outside of the monochromatic colors, the Virtual Boy’s biggest disadvantage is in how it has to be played. This is strictly a table top device and that was a large reason for its demise. Had Nintendo put in a full color LCD screen and different viewing options, it would have likely been close to $500 back in 1995. If the tech needed had been more affordable and it wasn’t quite as rushed, it very well could have been successful in its own right.

The Virtual Boy was a highly ambitious project and it was this specific type of innovation that brought us the beloved Game Boy, SNES, N64 and now the record breaking hybrid Switch. When you go down roads others haven’t traveled, you will eventually hit a dead end. I really appreciate the different quirks and systems Nintendo has created out of their passion for this entertainment medium since the NES and I’m happy to finally add the Virtual Boy to my own personal game collection. I wonder if they will pursue VR in the future now that it’s far more approachable and consumer friendly. One thing is for certain. I without a doubt look forward to whatever creative system they bring to the table next.