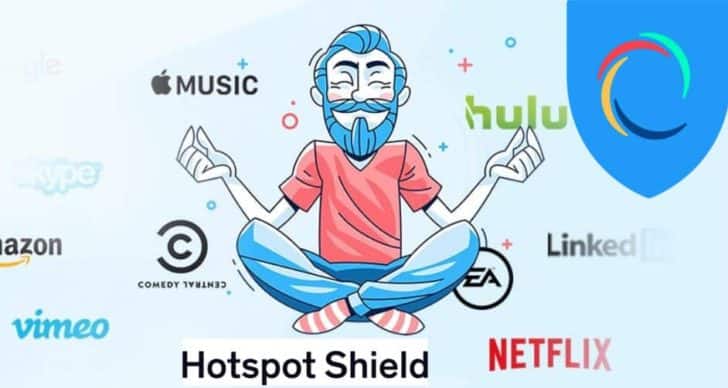 A Virtual Private Network (VPN) use to be a term only known by technically savvy geeks. It provides security, anonymity and peace of mind while one is connected to the internet. As technology has ushered in a new area of smart devices alongside a culture that is always online, this has introduced new threats and requires special tools to remain safe.

It’s vital that you understand the options available and exactly what they do. Some people might tell you that VPN’s aren’t needed and are overkill. Why not simply use a proxy server? For example, if you are attempting to view region restricted content on YouTube where your IP has to be hidden to access, a proxy server might be all you need. It can also aid in helping to filter content for employers within their network or for parents needing to block certain sites that aren’t appropriate for their kids.

However, a proxy simply hides your IP, while the traffic and information accessed from each site is fully exposed. Your data can be compromised by your ISP, malicious software programs and by people with technology specifically designed to capture your information for their benefit. This could be financial data, usernames and passwords to bank accounts and credit card credentials to steal your identity. Anytime you connect to a guest WiFi network, everything stored on the device you are using could potentially be compromised.

Utilizing a quality VPN can also be very useful for those that travel. You’ll be able to select which country to establish a connection to and therefore access content locked to that specific region. Without this ability, you would be blocked from accessing certain websites and services due to your current location. Many corporations require VPN’s to access confidential data and portals.

One of the core reasons for using a VPN is simply for privacy. ISP’s are notorious for logging data and supplying this information to potential advertisers. Many apps record your browsing history and interests too, which can be prevented by implementing a VPN.

With a VPN, your IP address is completely replaced by the provider instead of merely being hidden. It will appear you are in a completely different state and even country if so desired. For example, you can run a speedtest on your device and it will detect where you are located in order to select the closest server for accurate testing. You’ll notice it will appropriately determine the same settings that your VPN is reflecting in regards to your virtual geographic location.

Choosing the best VPN can be a daunting task, as there are many options available now due to increased cyber security awareness. Whether you are looking to protect your privacy on iOS, Android or PC, there are some excellent solutions that come in a variety of plans (both free and paid). Most free VPN’s are obviously bare bones in features. It can however at least give you a good idea of the UI and overall performance.

The graphical interface on Hotspot Shield VPN is sleek and extremely easy to navigate and operate within. Both the mobile and desktop layouts are nearly identical, with only minor differences. If using the desktop client, you’ll see your location highlighted by a pulsing blue dot on the map, as well as having it listed with a drop-down menu to select different regions if desired. It also displays how much data has downloaded and uploaded since establishing the connection; plus how long the session has been active.

On the mobile Android side, your present geographic location (as in which country), but you won’t see specific state information. The mobile app also features options to extend your battery life, clear out junk and unnecessary data from your phone and a tab that displays data consumption. Again, it’s all very similar in design, with just slight differences in how the details are laid out.

We chose Speedtest.net to gauge the performance of our network with and without the Hotspot Shield VPN connected. With Spectrum internet, this was our baseline latency, download and upload speeds. We hit 56.7 Mbps down, 93.9 Mbps up and had a ping rate of 19ms.

With the Hotspot Shield VPN connected to the US, we ran several speed tests and the results were incredibly impressive. The download speed hit 49.75 Mbps and the upload speed reached 64.75 Mbps. The latency was even lower at only 15ms. The only area where performance took a hit was the upload speed, which still provided close to 65 Mbps of bandwidth. At these speeds and extremely low latency, absolutely nothing would be affected or even noticeable that a VPN is connected and encrypting your data. That is what we like to see.

We also ran leak tests on dnsleaktest.com and ipleak.net to see if any data was slipping through the cracks. Once again, everything passed with flying colors. The results reflected what the VPN was showing (location and ISP) on both sites with zero leaks.

Hotspot Shield VPN proves its worth and clearly demonstrated why it is regarded by many to be the best VPN of 2019. It’s blazing fast, with a sleek and simple to use interface on both mobile and desktop devices. There are many plans to choose from, which are all competitively priced. Having a high performance VPN is crucial in a always connected world. Rest assured your data and anonymity is in great hands with Hotspot Shield.

Hotspot Shield is the world’s leading VPN, providing secure and private access to a free and open internet, which has been downloaded 650 million times, making it the world’s most downloaded VPN! It is currently the #1 app for productivity and tools in both the iOS and Android app stores.