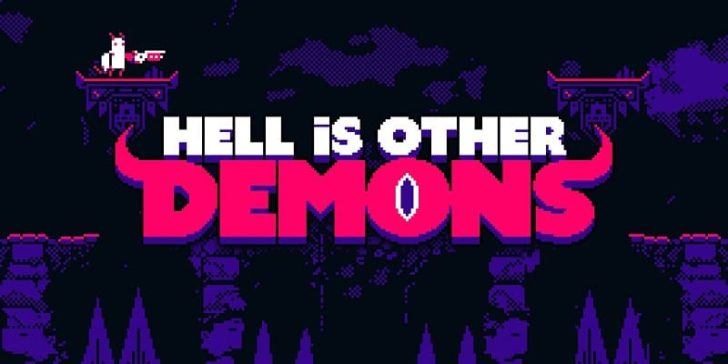 Hell is Other Demons is a highly stylistic and retro themed arcade shooter, developed by Cuddle Monster Games. It’s another brutally difficult game that demands precision and pinpoint accuracy. You’ll be facing relentless hordes of demons, spawned from the underworld itself. Can you handle the heat? 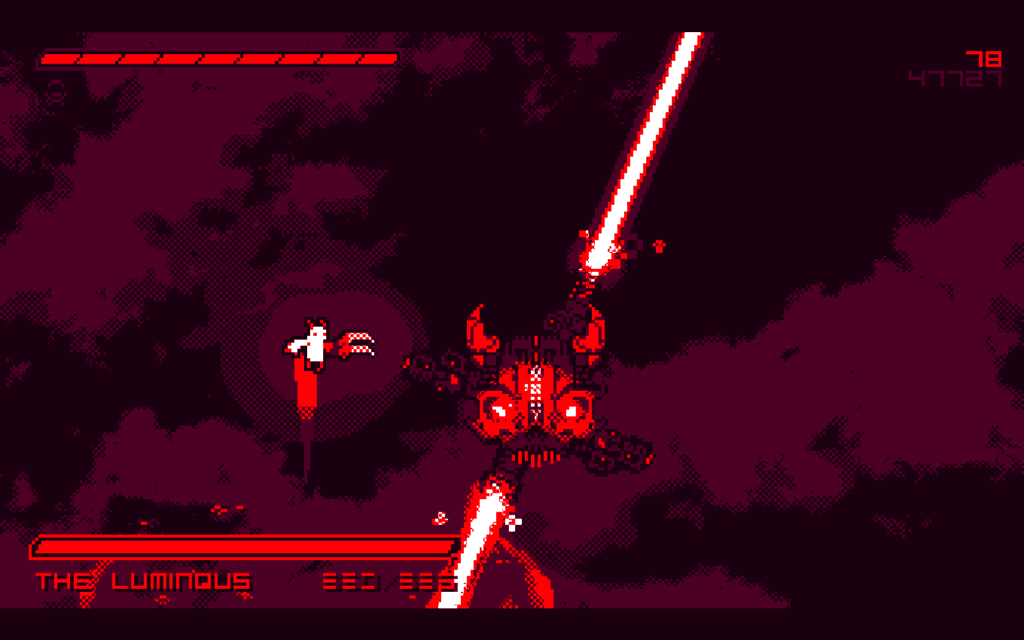 Players get to blast hellish ghouls into oblivion with a nice variety of weapons (machine guns, shotguns and even a chaingun for ultimate mayhem). Jumping on top of your foes is another method you’ll utilize to take them out. Your character has a nice double jump, which makes this a easier to pull off and rather satisfying.

Dashing through the air will allow you to avoid damage for a brief moment. Once you have killed enough enemies, you’ll charge up your special, which will annihilate anything on the screen within your crosshairs. This is a great tool for when you are cornered and outnumbered with no where to go. The core gameplay boils down to a sinister ballet of bullets, well timed jumps and clever evasion tactics. 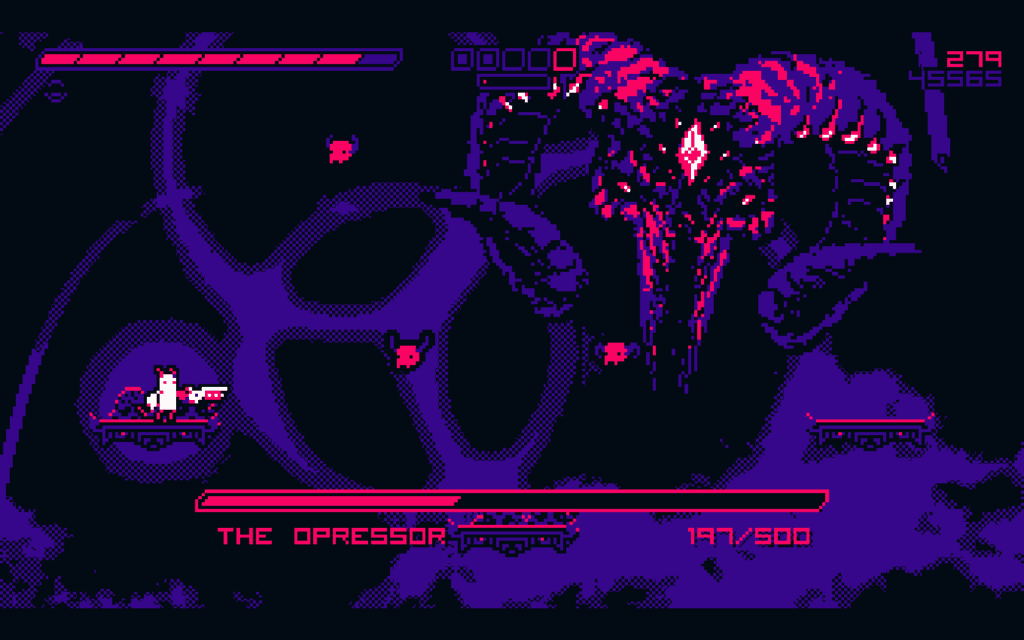 Hell is Other Demons showcases a gorgeous art style that is a throwback to the 8 and 16-bit sprites that we retro gamers can’t ever get enough of. It simply looks phenomenal and the devs nailed it with each and every pixel of detail. The OST is full of heavy riffs that fit perfectly with the chaotic gameplay. 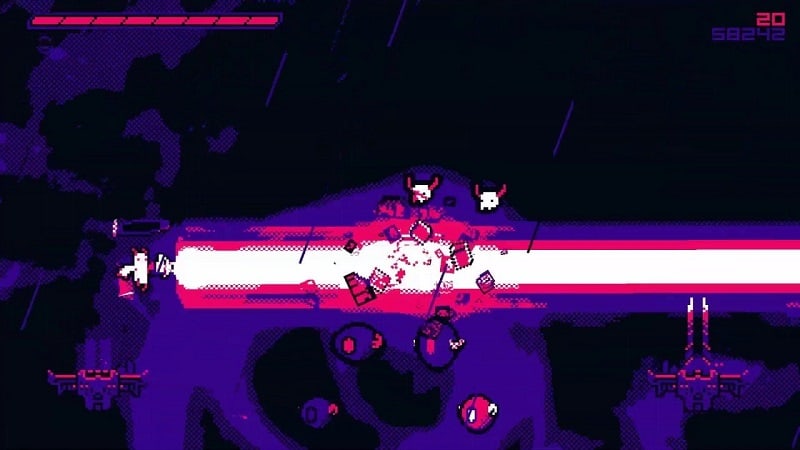 Players have two modes to choose from that include the main Campaign and Arcade. I recommend going through the short Tutorial and seeing how far you can advance through the Campaign first. Here you will slowly press forward and eventually start facing off against absolutely towering bosses (one of our favorite parts of the game).

After you get a feel for the gameplay, the Arcade mode offers up an endless amount of randomly generated levels to complete. This can really help in acquiring the timing and skills required to finish the game. Arcade mode is fantastic for short bursts of fun and the Nintendo Switch is the perfect platform for the job. 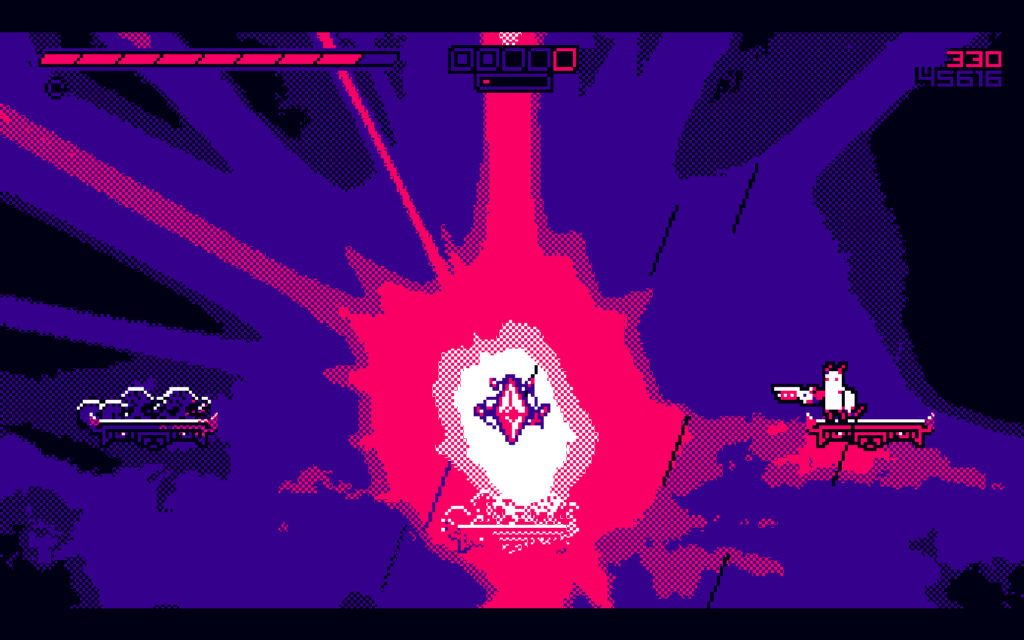 Hell is Other Demons takes players back to the pixelated era of arcades. It’s a reminder of how fun and engaging these gaming experiences were during that time; perfectly demonstrated through steep yet rewarding gameplay that keeps gamers coming back for more and more. Well done Cuddle Monster Games.

Hell is Other Demons

Hell is Other Demons is a juicy arcade shooter with bold color schemes and a heavy synthwave soundtrack. Jump into the hooves of a demon out to kill a bunch of other demons as you progress through an extensive campaign and dominate wonderfully over-the-top bosses.