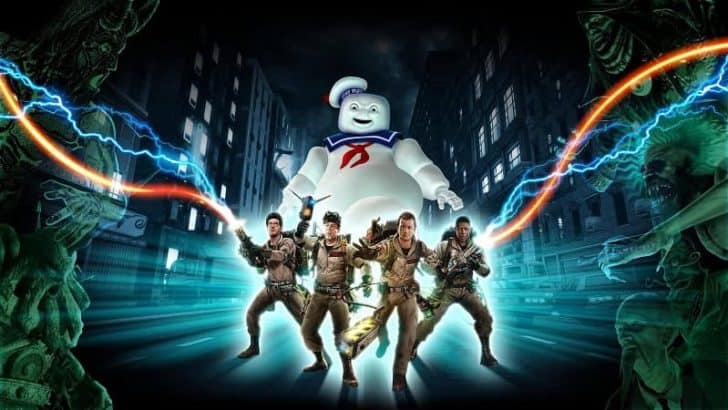 Ghostbusters: The Video Game, was originally released 10 years ago for the Xbox 360, PS3 and PC.  More often than not, movie based video games seem to be cursed and destined for the bargain bins, but that’s certainly not the case here.  This was a game made with love for the fans and now Saber Interactive has developed a remaster in an effort to recapture that magic a decade later.

The old crew is back and sporting a fresh coat of polish for this release.  If you never played the original release, this will really be a treat for you.  It features voice acting from your favorite Ghostbuster characters and the campaign comes from the minds of no other than Dan Aykroyd and Harold Ramis.  This is what makes the story so authentic and it truly does feel like your playing what could have been the third film.  The dialog between the team is fantastic.  The delivery of Peter’s sarcastic remarks after being scolded by the hotel owner for destroying yet another banquet hall couldn’t be more on point. 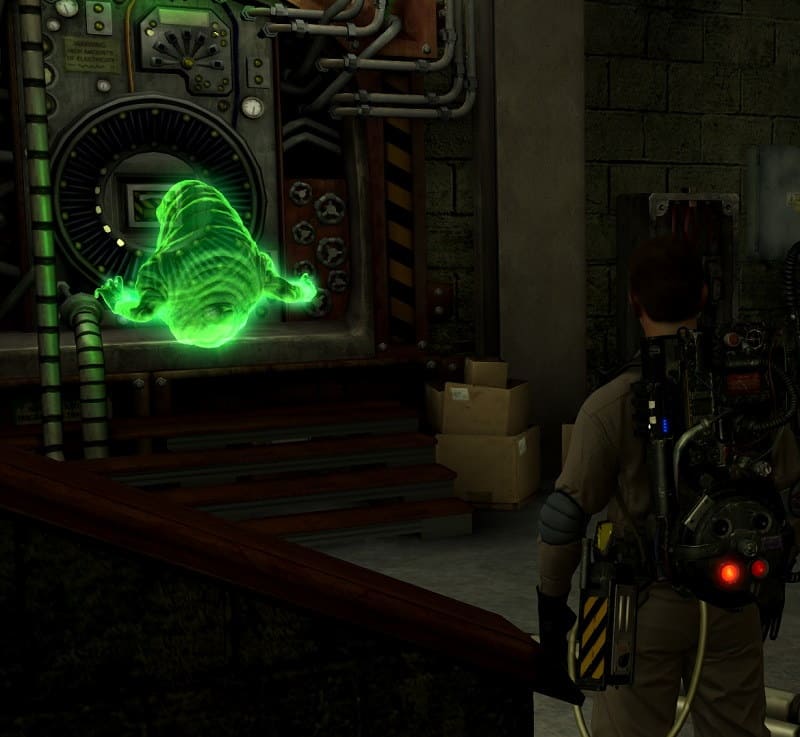 The games starts off a couple years after the sequel.  The Ghostbusters just hired a new recruit that they simply call “the rookie”.  This is where you come in and take over.  The game is played from a third person view, which is just perfect for the style of gameplay presented here.  There are however, moments of first person perspective when equipping the PKE meter and goggles to aid in finding these crafty ghouls.

The rookie is of course fitted with not only the iconic proton pack, but a few other experimental goodies thanks to the scientific genius Egon Spengler.  After a quick explanation of how your proton pack works and what the lights on the back of it indicate (basically serving as your HUD), you are tasked with capturing our well known garbage disposal Slimer.  As the rookie, this is where you’ll first get the feel for your proton pack, the traps and how to ensure you catch these pesky spirits.  Each ghost has a strength meter and once it is depleted, you can then sling your trap and wrangle them down into it using your capture stream. 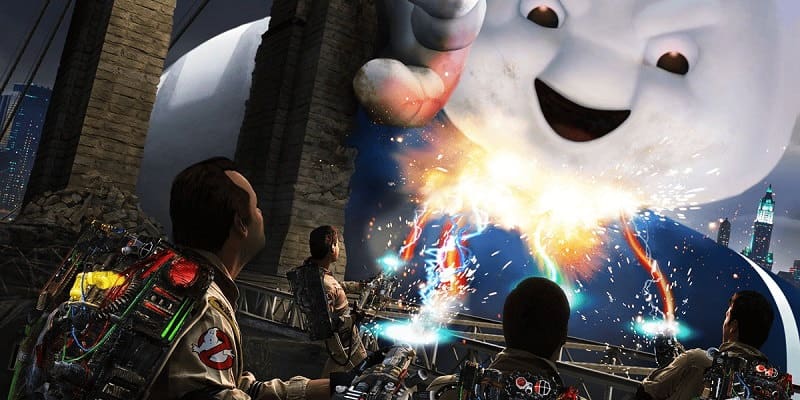 What really kicked things off was a strange powerful supernatural pulse that was felt throughout the entire city; mysteriously releasing several spirits.  The teams first service all for the day belongs to Sedgewick Hotel.  Things get dicey quickly.  What first seemed would be a quick job grows far more serious in nature by the second.  Before you know it, there is an angry fisherman spirit wreaking havoc within the hotel and once back outside, you are facing off against gargoyles and an ghoulish opera singer outside the theater.  Just when things couldn’t possibly get worse, the ground begins to shake and thundering foot steps come from a towering familiar foe…the Stay Puft Marshmallow Man.  Fans of the films are simply going to love this.

“There’s something you don’t see every day.” -Peter Venkman

The gameplay is rock solid and the entire campaign is just a ton of fun.  As you progress, the proton pack can be upgraded for increased accuracy, which can come in handy when you are completely surrounded by angry spirits.  If you happen to take too many hits, one of your teammates can thankfully revive you and likewise you can return the favor if the roles are reversed.  The games takes players to ghost filled libraries, museums and hotels to discover the secrets that lead to them to the root cause and evil behind this disturbance.  There is tons of lore and fan service throughout out the campaign, including a great back story to the librarian ghost from the first film, “The Grey Lady”. 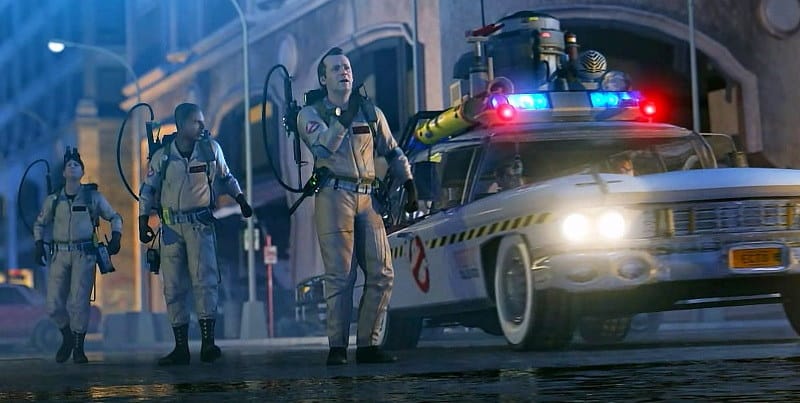 Ghostbusters: The Video Game Remastered by Saber Interactive captures the magic that made the original films so beloved.  The 8 hour campaign is heavily nostalgic yet new, as it presents an authentic and delightful third chapter for fans of the movies.  It’s a shame that multiplayer was scrapped for this outing, but we can always hope the devs surprise us in the near future with an update that corrects that.  Outside of that questionable omission, this stands as the absolute best Ghostbusters game to date and one of the greatest movie to video game transitions we have ever seen.