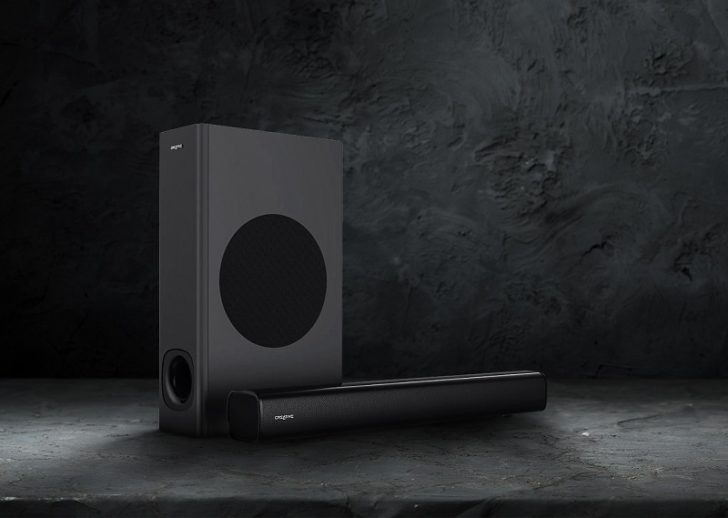 The Creative Stage looks to steal the thunder from any competitor systems promoting a 2.1 audio under-monitor system below the $99 mark.  Today, we are taking a look at what’s included in this package and why it’s easily one of the best deals currently in this price bracket. 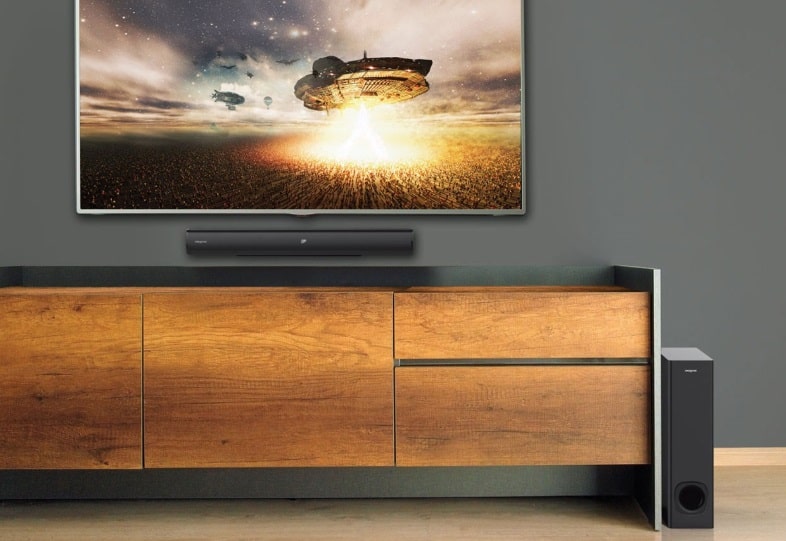 There is a lot to like on the Creative Stage, which is compromised of a 21″ long Soundbar and slender Subwoofer that stands 18″ tall.  Both have been built to easily fit and blend in with your gaming desk or entertainment center.  Don’t let their meager size fool you, this compact 2.1 system performs well above what you think the tiny dimensions might imply.  It’s packing 160 Watts in total, divided between two professionally tuned 20W drivers in the Soundbar and the 40W long-throw subwoofer containing a single bass reflex port at the bottom of the enclosure (which conveniently plugs directly into the Soundbar, needing no additional PS).

While this won’t necessarily shake the walls, that was never its intention or target audience.  The compact soundbar provides a surprisingly amount of audio clarity throughout the midrange spectrum, while the sub delivers tight punchy bass notes, giving the system that much needed extra layer of depth for gaming.  They compliment each other extraordinarily well and it’s highly balanced for games, movies and music.

Creative made sure to implement a nice variety of connectivity options on the Stage.  On the Soundbar you will find a 3.5mm aux-in, Bluetooth, Optical-in, USB port and lastly a HDMI (ARC) input.  This allows it to be easily connected to your monitor, TV, laptop or tablet.  Included with the system is a remote that will be able to control all settings and volume levels.  It features 4 Sound Modes, Treble and Bass settings and is also in charge of the intensity of the subwoofer.  If you happen to misplace or lose the remote, you are still in luck as physical controls are located on the side of the Soundbar. 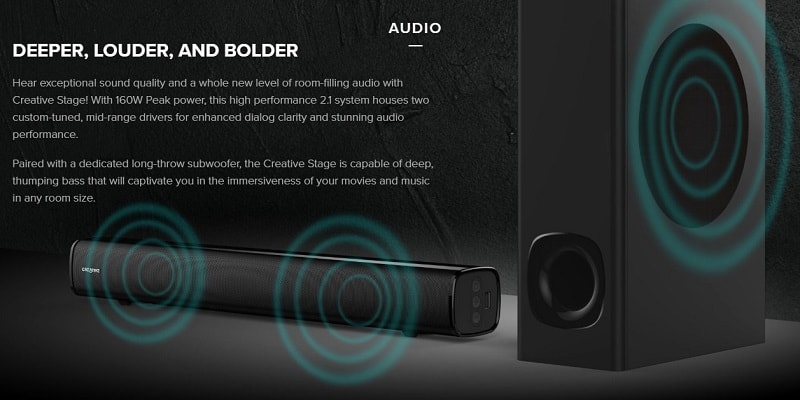 The Creative Stage system was more than up to the task during our tests.   Negative Creep from Nirvana’s Bleach album sounded fantastic.  The distinct bass notes, prominent kick bass and grungy riffs were crystal clear.  Next up was the original Jurassic Park film and its iconic T-Rex breakout scene.  The throaty yet high roar from the menacing T-Rex kicked off with authority, while the sub made each stomp distinct and satisfying during the epic chase involving Goldblum hanging on for dear life at the back of the Jeep.

Game wise we played the new release “Call of Duty: Modern Warfare”.  The action packed campaign and thrilling multiplayer modes pushed this little 2.1 system to its limits…and we are happy to report it held its own.  Bullets whizzed by while under fire, while enemy grenades exploded with authority and gratifying bass.  You can push the dial up quite high before any noticeable distortion takes place. 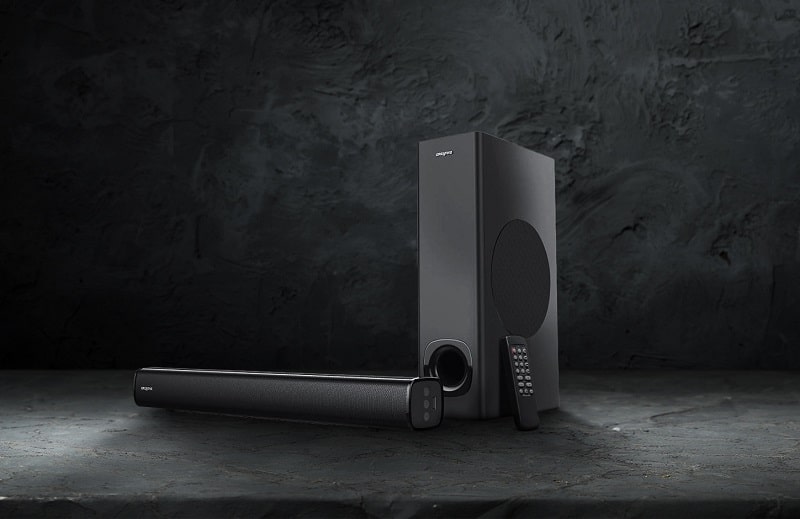 The Creative Stage system sets a new benchmark for anyone looking for a solid performing 2.1 audio package under $99.  The 160W soundbar and subwoofer are sleek in design and deliver full immersive sound with surprising punch from its midrange drivers and finely tuned sub.  While it looses its strength in larger rooms, this was developed specifically for PC gamers and performs at its best within a desk environment or smaller entertainment center.  The quality and overall audio clarity from this system is pretty shocking considering its price point.  Creative has an absolute winner here.