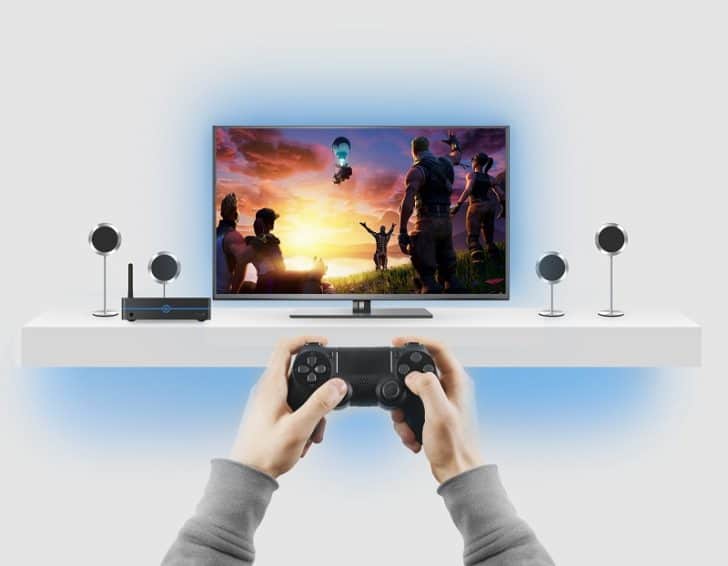 Azulle provides some of the best mini PCs on the market.  These miniaturized desktops can serve as an excellent media server and stream 4K video at 60 fps across Netflix, YouTube and Amazon Prime Video.  Today we have a specific task at hand and that’s to see how well the Azulle Byte3 performs on the latest Cloud Gaming Services.  We will dive in to how this technology works and what is required to run it efficiently.

The idea itself behind cloud gaming is quite genius.  To keep things simple, Cloud Gaming Platforms have remote computers in place for players to game on.  In optimal conditions, these services can provide robust gaming experiences and amazing visuals due to the power of the rigs you are connected to.  The big takeaway here is the proposed ability of accessing these services across just about any compatible device and OS.  Imagine no patches, downloads or long install times to deal with.  The games in many cases are there and ready when you are.  If not, your rig is usually connected to a lightning fast network backbone that makes quick work of any new installs needed.  Sounds too good to be true right? For some, it will unfortunately still be unobtainable due to bandwidth constraints, while others who meet the present broadband requirements are already enjoying this alternative solution and convenience it offers.

This tech has been a hot topic in 2019, but it’s still clearly in its infancy due to the required network conditions and latency obstacles.  It’s similar to video streaming for example’s sake, but with much more complexity involved.  Each input received has to be process and this is measured in milliseconds (the lower the better).  Everything plays a role in the experience you will receive across each platform.  This includes the desktop or server you connect to, the network infrastructure in place for each service, how heavily shared these resources are, your broadband speed and the distance from your location to these specific data centers.

Several huge tech giants have enormous investments currently in place to see this vision through, which means it will only improve and become more efficient in time.  Some platforms offer a full desktop experience with storage allotments, while others are aimed strictly at those purely interested in the gaming aspect of these services and that alone.  Prices range as you might expect, depending on your needs and what is being provided.  It’s important you do your homework and research each provider in depth.  There are already a healthy amount of options available that will cater to a wide audience interested in testing out cloud gaming.

Now that we have covered what cloud gaming is, it’s time to see how these services play on the Byte3 from Azulle.  It is incredibly compact, measuring in at 5.6in x 4in x 1.5in.  It features a flat black finish with blue accents.  Upon picking it up, you’ll take note that it’s a solid unit.  It feels extremely sturdy and displays excellent build quality.

It’s powered by a 64-bit Quad-Core Intel Apollo Lake processor with 4GB of RAM and 64GB of internal storage.  On board is a Dual Band WiFi card, 1 Gigabit Ethernet port and Bluetooth 4.0.  There is one HDMI port, one VGA port, three 3.0 USB ports, one 2.0 USB port, a single USB C port and a card slot reader (capped at 256GB).  It supports a SATA drive up to 320GB and a SSD up to 256GB.  Accessing the inside of the case is a breeze.  Here you will find a SATA cable, ready to be connected to 2.5-inch drive for expanded storage.  A single 3.5mm jack is in place for audio. 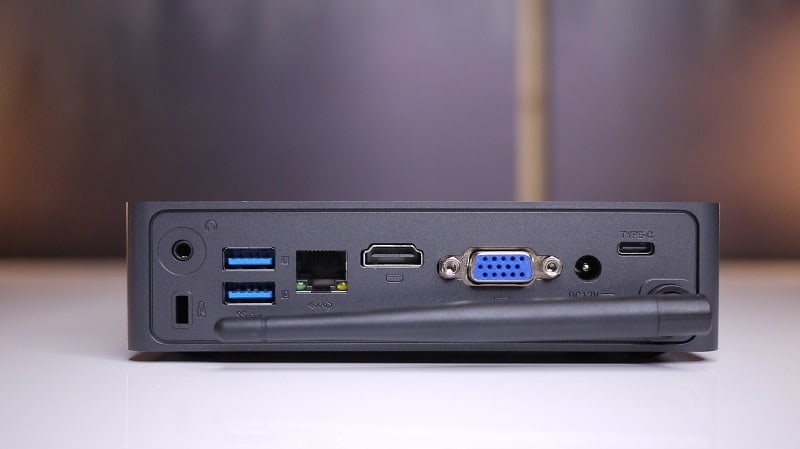 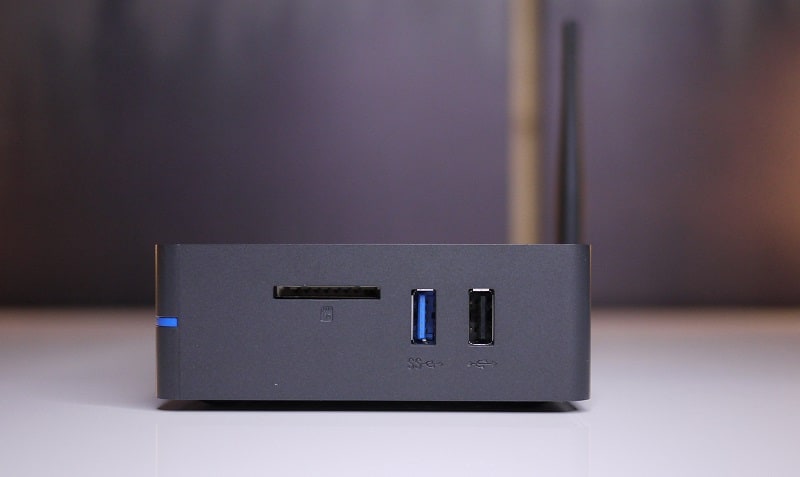 Included inside the box is a 12V power supply, instruction manual and a IR remote for power and volume controls.  It also allows you to navigate through menus, which can certainly come in handy from the couch.

It comes preloaded with Windows 10 Pro, ready to rock and roll out of the box.  You can also add additional options for your mini PC from Azulle, such as Logitech keyboards and cameras if needed.  Our Byte3, with identical specs as listed above, came to a total of $249.99.  That’s a lot of tech for the price, but now it’s time to see if it runs as good as it looks.

The DSL connection is extremely steady, providing the same speeds consistently thanks to a fiber backbone to the DSLAM.  The 4G LTE connection is more sporadic, but also provides higher bandwidth across the board. 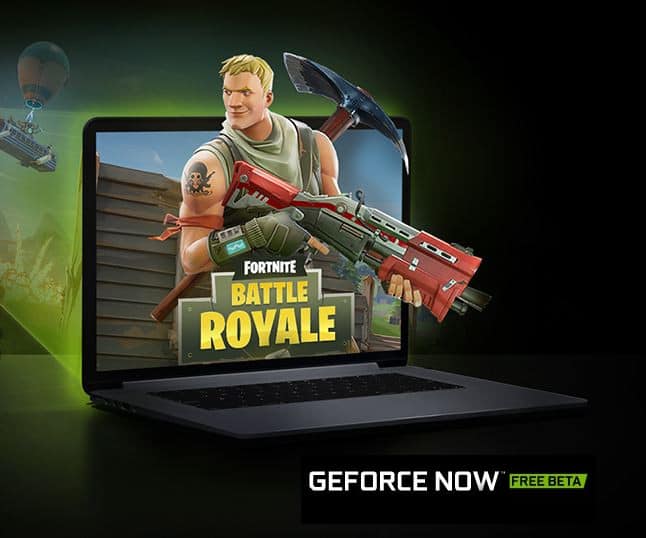 GeForce Now is still in Beta form, but another excellent platform to check out.  It currently has over 400 compatible games to choose from.  Search for or choose a game that you own within your Steam library.  Once selected, it will start looking for an open rig for you to connect to.  Once the connection is established it will launch the Steam client and then you can start playing.  Each desktop you are connecting to is powered by Nvidia’s latest GPU line, ensuring an optimal visual experience across each and every title available.  GeForce Now requires a 15 Mbps connection for 720p at 60fps and 25 Mbps connection for 1080p at 60fps.

Performance:  Ranged from poor to fair.

It took quite a while at times for the platform to find the next available rig for my selected game.  The visuals on each title were often blurry, but the framerate seemed fairly stable.  Performance hitched a couple times during some of the more action packed moments in Shadow of the Tomb Raider.  The faster paced titles such as Wreckfest and Ion Fury were just not enjoyable at a 15 Mbps connection.

Performance:  Ranged from fair to good.

Each game performed much better on our 4G AT&T network.  The resolution was still somewhat low (likely 720p), but it was far more consistent and stable.  Explosions in Shadow of the Tomb Raider were no longer causing slowdown during gameplay and racing on Wreckfest was for the most part nice and responsive.  Ion Fury’s frantically fast action was pretty fluid as well and returned acceptable frame rates.  With the faster 4G LTE connection, there is hope here.  This service is still in Beta, so I hope it’s further optimized on all fronts before the official release; especially in regards to the time it takes to connect to their remote desktops for each session. 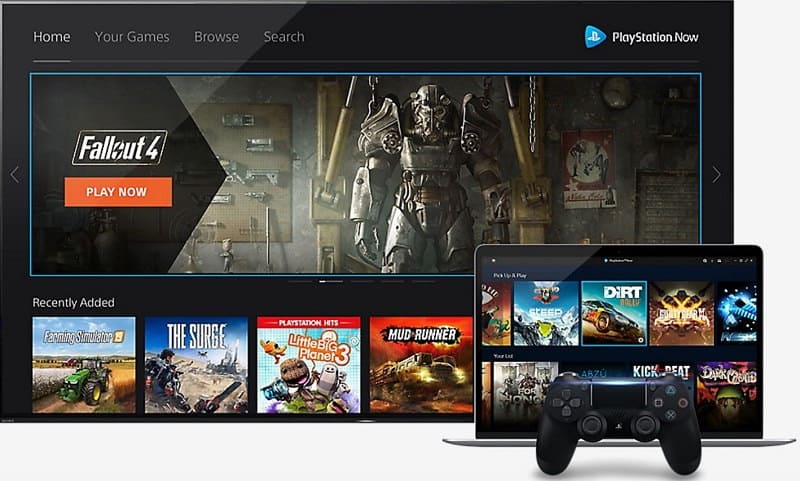 PlayStation Now has been working on their streaming game service for quite some time.  Its library includes hundreds of games that span from the PS2 era to the current gen PS4 catalog.  The game selection is also updated every month to keep things fresh.  It requires a DS4 controller and promotes the lowest minimum broadband speed requirement at 5 Mbps.  It currently delivers a maximum resolution of 720p.

Performance:  Ranged from poor to fair.

I was never booted from any of the games (which happens once the connection is poor enough), but the visuals on each one were very blurry and the input lag on SSIV was very noticeable.  The minimum 5 Mbps broadband speed requirement in place is just not realistic.  With three times that speed, our testing on our Windstream DSL network delivered a sub par gaming experience.

Large improvements were noticed when changing over to our AT&T 4G LTE network.  The games held the maximum resolution of 720p at most times.  Every game played well with minimum input lag.  While the visuals obviously take a hit as they are restricted to only 720p, the fact still remains I was playing Bloodborne, one of the Sony’s absolute best exclusives on the PS4…on a mini PC.  Combine that with the fact every game loaded very quickly once selected.   I was up and playing in under a minute once I chose Bloodborne from the PS Now dash.  No huge download needed, no lengthy install and no patches.  These are biggest pros behind cloud gaming.

Shadow is quickly gaining popularity as a respected cloud gaming service provider.  With this platform, you’ll get access to a Windows 10 PC, Eight-thread Intel Xeon CPU, Nvidia GTX 1080 graphics card, 12GB of RAM, and a 256GB SSD.  Don’t fret on the storage size, as you can download new games at up to 1GB/s.  It requires a minimum 15 Mbps connection and is supposedly 4G LTE friendly.

Unfortunately, we could not establish one single successful connection through Shadow.  This was across both of our networks.  I thought it was possibly something odd going on with a setting or possible bug on our Byte3 machine, but quickly eliminated that possibility after the Shadow application also failed to connect through our Alienware gaming tower. 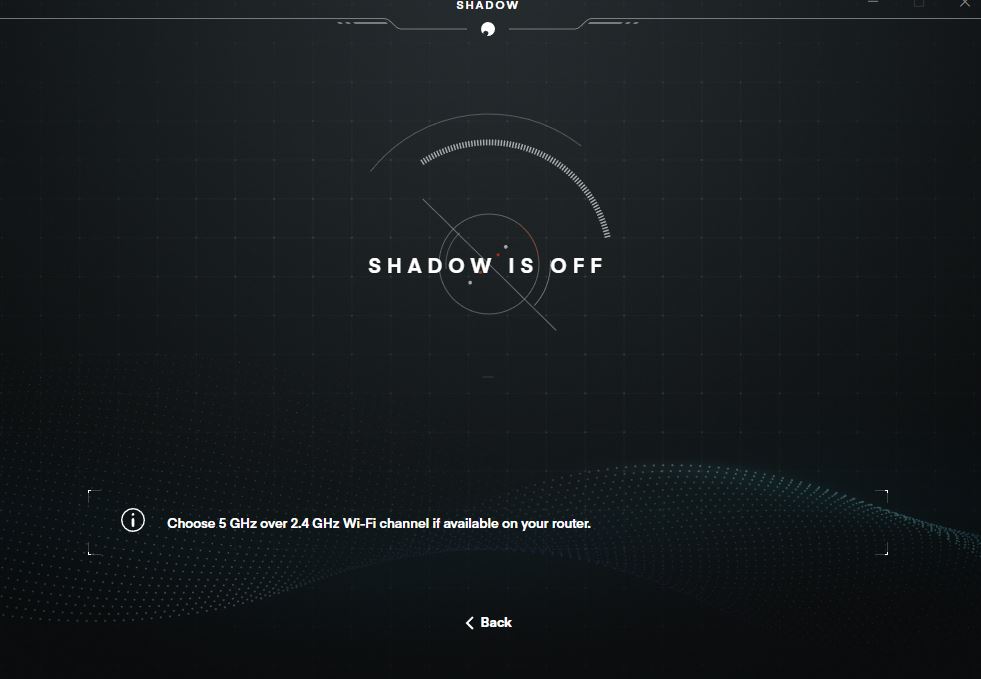 The DSL connection meets the minimum 15 Mbps requirement and our 4G LTE connection peaks around 35 Mbps, so bandwidth wasn’t an issue either.  It scanned our internet speed, setup the appropriate settings automatically and simply would never get past Step 2 of the connection process.  We tweaked around with the settings manually including: lowering and raising the allocated bandwidth, enabling Low Bandwidth Mode and enabling Low-End Configuration Mode.  Nothing made a difference and the end result always led us to this screen which showed no error of any kind; just indicated “Shadow is Off”.

The next day we tried again and I did at least get a message stating slow connections were possible due to Windows Updates.  For now, we will just have to shelf this test for another day once everything is running a bit more smoothly on Shadow’s side. 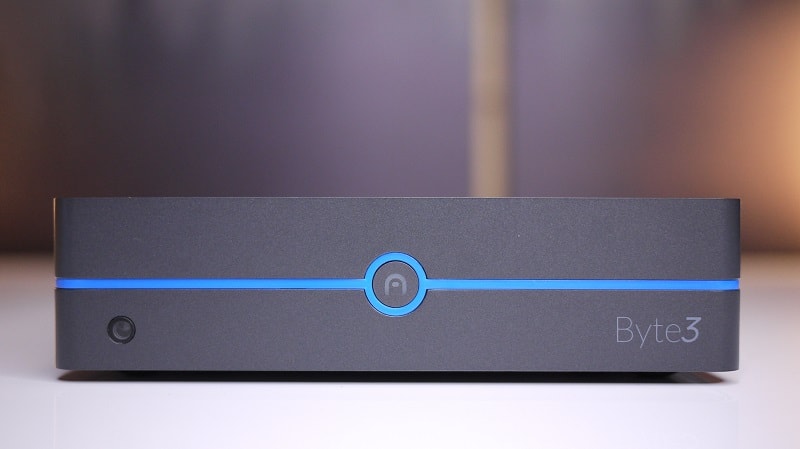 The Azulle Byte3 proves to be a phenomenal bargain and arguably one of the absolute best performing mini PCs at its $249 price point. It demonstrated to be more than up to the task of running GeForce Now and PlayStation Now.  Performance for both Cloud Gaming Services was highest on our 4G LTE network (25-35 Mbps), providing a stable and enjoyable game streaming experience.

The Byte3’s compact dimensions and the Windows 10 Pro OS also make it an excellent choice for a media server.  It has plenty of storage for your favorite movies and shows; plus it can efficiently stream 4K videos from Netflix and YouTube without breaking a sweat.  This is all due in part to its impressive specs and quality components contained within the small chassis.  It’s silent during operation, boots fast and has an impressive number of data ports, video outputs and expandable storage options.  All these factors make it one of our favorite mini PCs of 2019.