My Arcade produces many retro gaming goodies that include controllers, collectibles, portables, and mini arcades. Today we are looking at their latest Bad Dudes Micro Player that sports the 1988 classic beat ’em up from Data East. 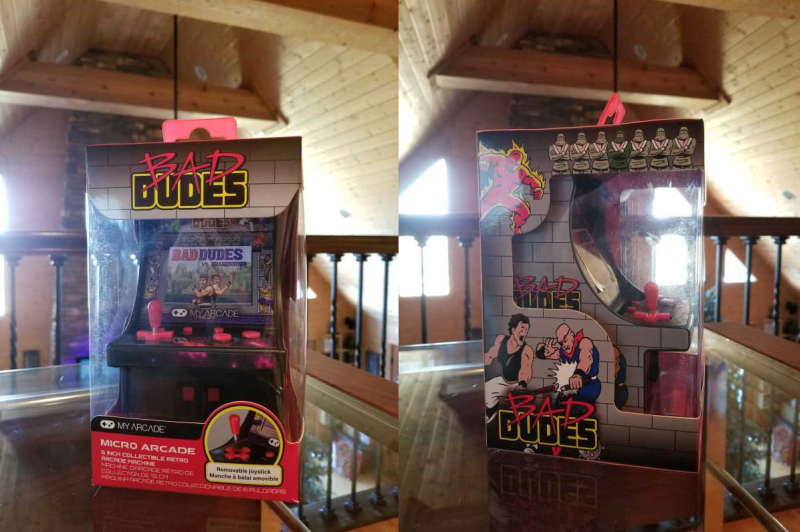 This version of Bad Dudes is the NES port that hit the iconic retro console in 1990 for US gamers. Some may know it by the Japanese name called “Dragon Ninja. This Micro Player Arcade Cab boots up by pressing in the coin slot door on the front. It lights up red when on, which is a nice touch. Players are greeted by the Data East logo and then the Bad Dudes intro screen. It should be noted this version is restricted to one player. The NES port did have a 2 player option, where each person had to wait their turn in similar fashion as Super Mario Bros. 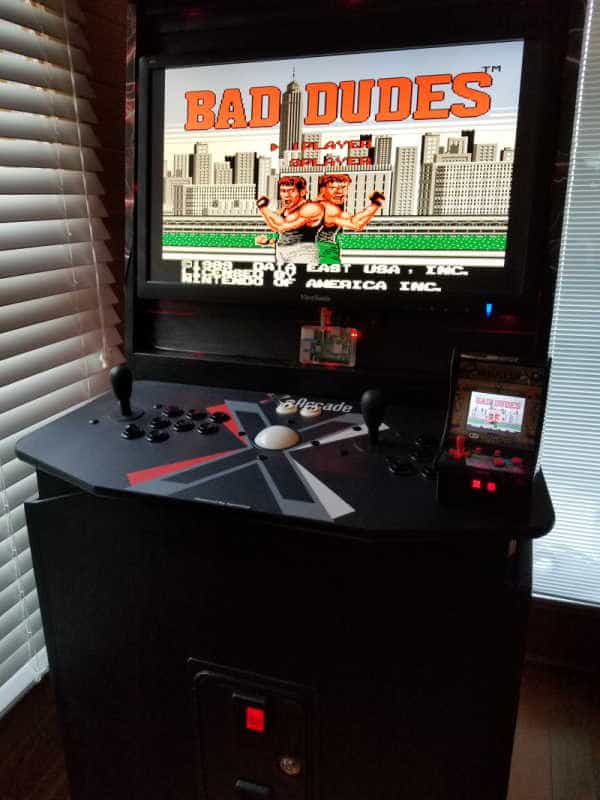 Select the start button to begin. You’ll now be able to choose either Blade or Striker as your character. The next screen informs you that President Ronnie (in regards to President Ronald Reagan) has been kidnapped by ninjas. A bad predicament indeed. The famous quote is then presented, “Are you a bad enough dude to rescue the President?” There are seven stages to punch and kick these devious ninjas out cold that include city landscapes, trains, sewers and much more. Each stage ends with a Boss that must be defeated in order to move forward. 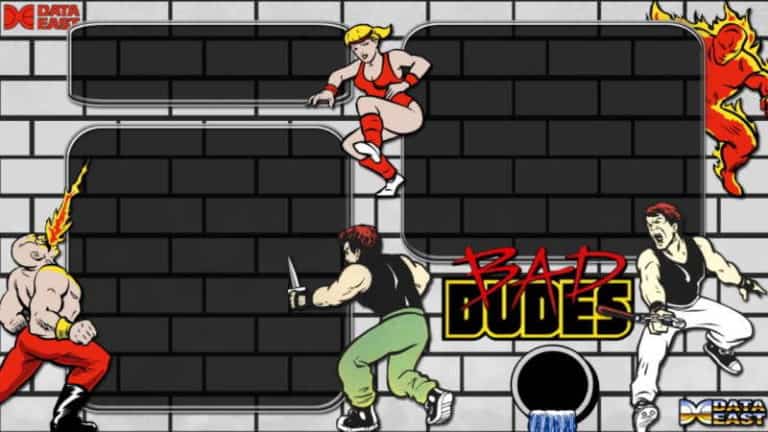 Now that we have some back story on this awesome game, let’s discuss how this little mini arcade presents it. It stands 6″ tall and houses a full color 2.75″ screen. The original NES colors and sprites are perfectly displayed here and look fantastic. The sound is nicely implemented too. You can increase or decrease the volume from the back of the arcade cab, where there is also a 3.5mm headphone jack if you care to go that route. The action is controlled via a joystick that is removable if you would rather just use the built-in D-pad. The joystick is nice and responsive, so I used this setup the majority of the time to play. There are two buttons for attack, that include one for punch and kicks. Holding down the punch button will give your player a charged punch ability, while a combination of both buttons activate a hurricane kick. There is also a reset and start button located in the center just below the screen. The artwork on the mini arcade cab is gorgeous and made of high quality prints. Its glossy and very detailed. The game is powered by 4 AA batteries (not included) or through a 5V Micro-USB cable. 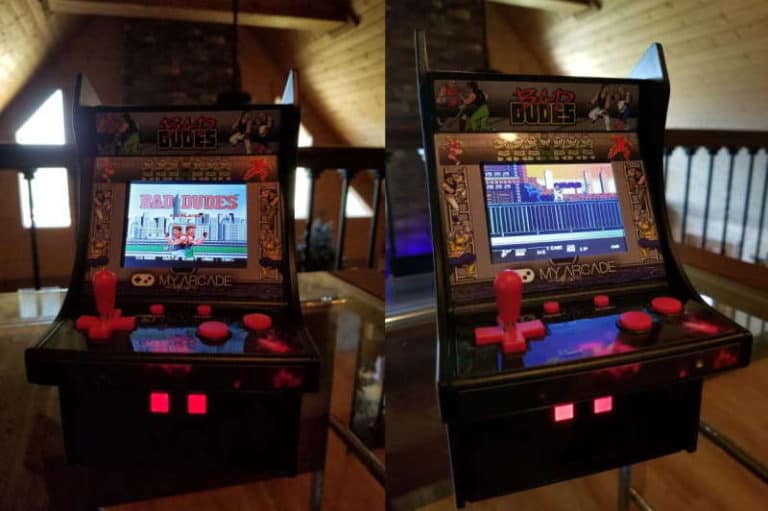 My Arcade has delivered a high quality product with their Bad Dudes Micro Player.  It should be a big hit with collectors and fans who put a lot of coins into this at the arcade, or for those who spent hours playing the NES port.  This looks great showcased on a desk or shelf, and is priced extremely fair for all you get at just $29.99.  Pick this one up today and find out if you are a bad enough dude to rescue the President and defeat the legion of ninjas that await you.

Review sample provided by My Arcade

Released in 1988, this classic arcade asks one simple question: “Are you a bad enough dude to rescue the President?”. The ninja fighting duo Bad Dudes™ are now cult legends, still popular in today’s arcades around the world.