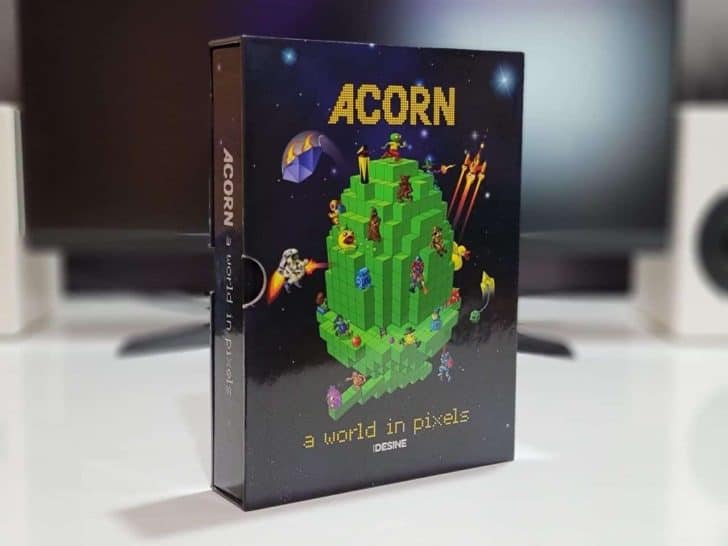 Acorn – A World in Pixels, published by iDesine, tells the fascinating story behind Acorn Computers and their journey to becoming a major player in the home computer market within the 1980s. 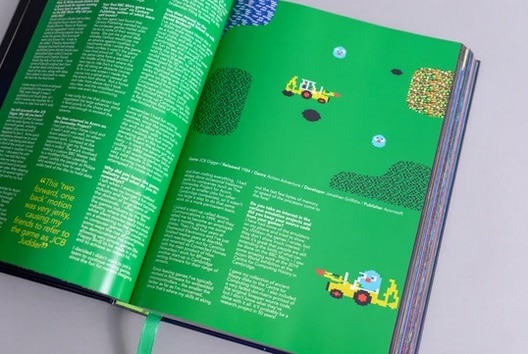 In the early ’80s, BBC embarked on a project to deliver a highly capable PC that would be used in their TV series, “The Computer Programme”.  This hardware needed to meet strict requirements in regards to graphical and computing power, alongside strong audio performance.  At that time, Acorn was already hard at work on a successor to their Atom microcomputer, called the Proton.

“Steve Furber and Sophie Wilson found themselves with a mere 7 days to build and then present a functional prototype for the execs at BBC.  Despite the absolutely insane time crunch, they miraculously were not only the sole company to deliver on the requested specs, but they somehow exceeded expectations for this build.”

With this impressive showing, BBC awarded Acorn with the contract and the BBC Micro was born.  It was enormously popular in the UK.  Their school systems had nearly an 80% adoption rate for this system…just incredible.  It wasn’t cheap hardware either, which made it more difficult for it to find the same success within the home market.  The competition was already growing quite steep with the ZX Spectrum and Commodore 64, seeing immense popularity in this sector.  If they wished to remain relevant and successfully in this industry, their next move would be crucial to Acorn’s future. 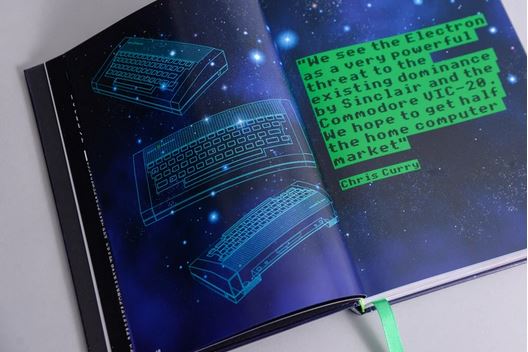 With price being king, Acorn knew they needed to find a sweet spot in the market.  They moved on to develop several new models, including the Model A, Model B, Model B Plus, Electron and Master series. They continued to have positive movement in the UK, but struggled hard to find footing within the US.  These experiences ultimately led them to develop the Archimedes system, based off the RISC architecture found on the ARM CPU.  1994 marked the end of Acorn as we know it, but it also started the revolutionary beginning of the widely popular ARM chip.  It is an absolute giant today and powering over 160 billion devices. 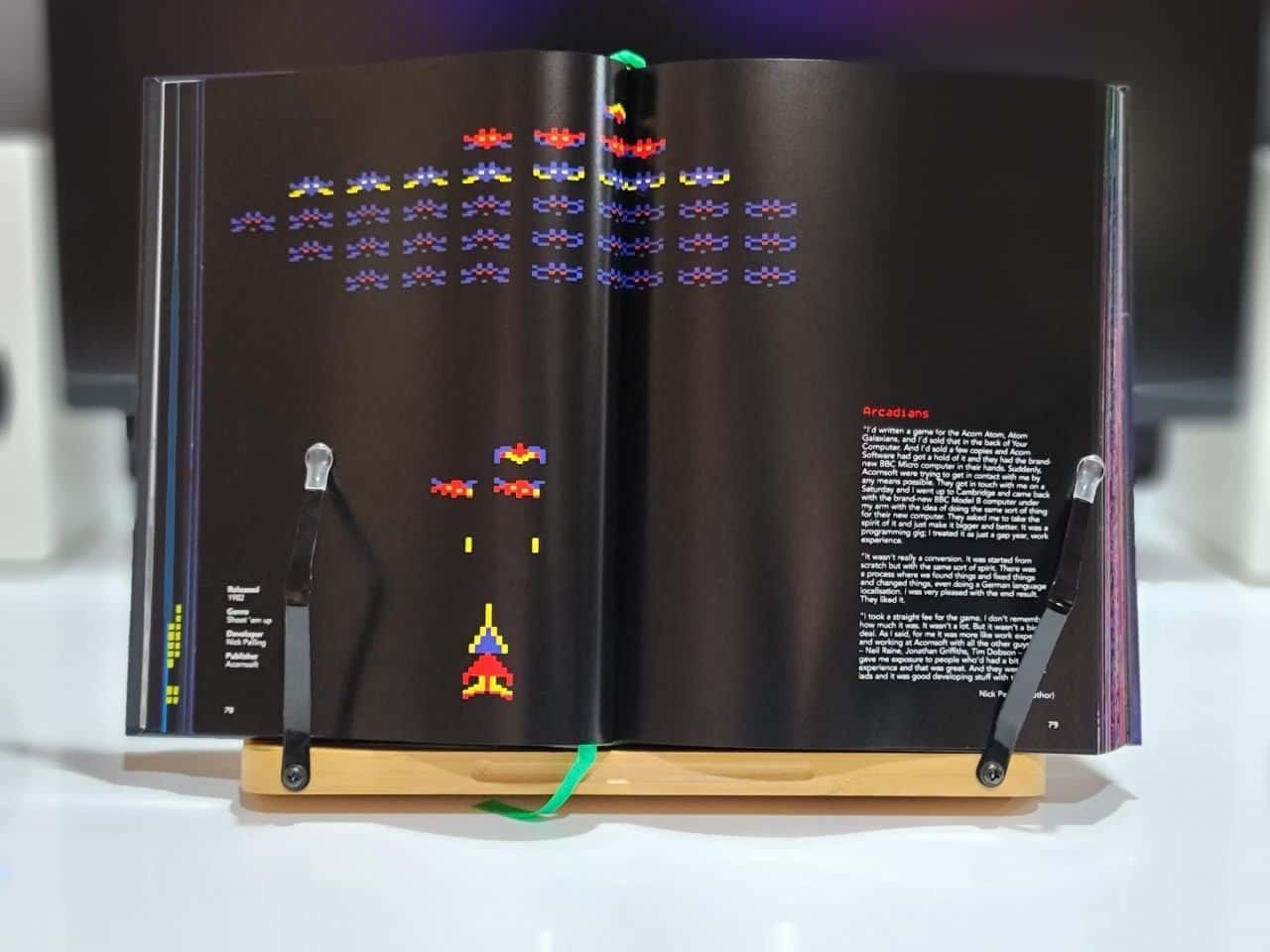 Original IPs and Arcade clones allowed their fanbase to grow until the early ’90s.  Acornsoft was the official software side of the company.  They developed Planetoid (in likeness of Defender), Meteors (Asteroid knockoff), Snapper (for fans of Pac-Man) and Arcadians to mimic Namco’s arcade hit Galaxian.  They were quickly growing an impressive library for gamers that contained an excellent variety of titles across all popular genres. 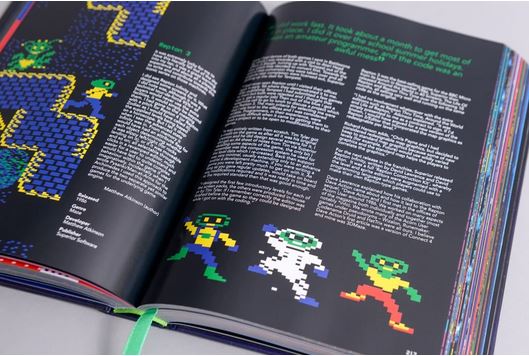 Acornsoft had a nice collection of popular system exclusives too.  This includes “Starship Command”, “Aviator” and the juggernaut title “Elite”.  The immense scope and futuristic wire frame 3D graphics made Elite a huge hit and resulted in lots of ports across just about every available home computer system at the time.  They had officially found their ace and killer app. 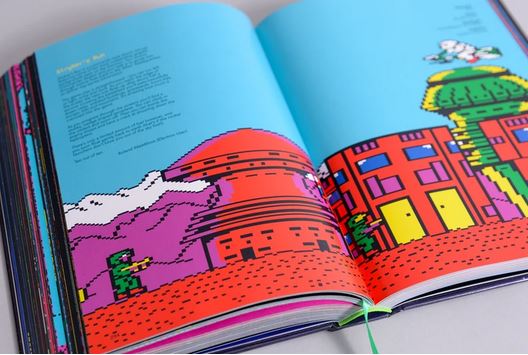 There is a wealth of information gathered for this hardback book (complete with high gloss pages, a slipcase, sewn binding and dust jacket) and it has been expertly presented here.  Nearly 500 pages, full of vivid color and immense detail await readers.  The fascinating history of the hardware, devs, publishers, games and more are included in this must have book for retro gamers.  It has been meticulously crafted and is a joy to read from cover to cover. 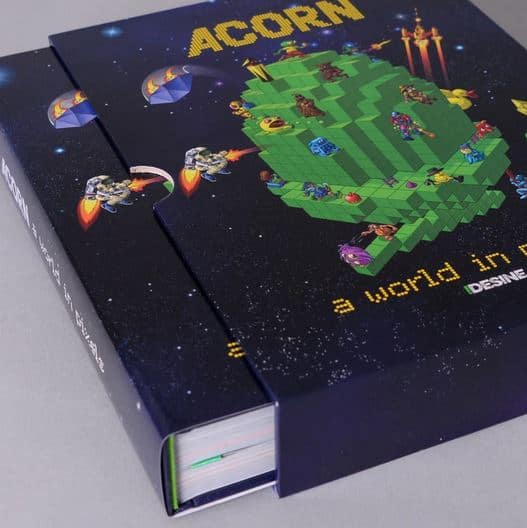 Acorn – A World in Pixels is an incredible accomplishment by idesine and every contributor that dedicated so much time and love in to bringing this publication to life.  The gorgeous pixelated graphics from each featured game jumps right off the page, popping with vivid colors and remarkably sharp detail.  It provides such an enjoyable read and is absolutely perfect material for any coffee table or game room.  For fans of these systems and accompanying libraries, this is nothing short of an absolute treasure.