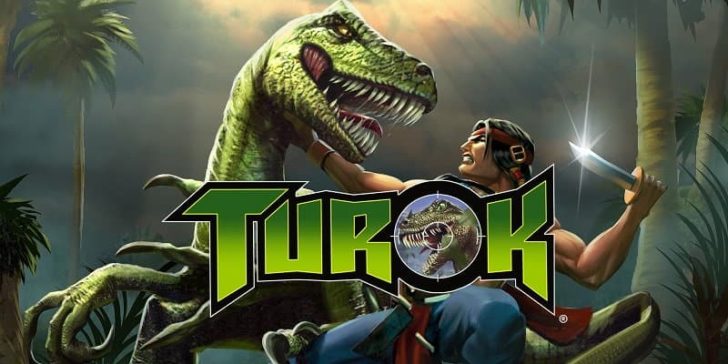 Most will remember Turok as one of the must have games on the Nintendo 64. This character actually first made an appearance within the 1950s through comic books. It wasn’t till later that Acclaim Entertainment released Turok: Dinosaur Hunter. It was a huge hit on the N64 and now thanks to Nightdive Studios, it’s back for another round on the Nintendo Switch.

Revisit the Lost World in HD

I haven’t played this series in ages. The last time I actually fired this classic up was on my old N64. Luckily for this latest venture, the game is not held back by hardware, such as the 8 Megabyte cartridge dilemma that was present during development on the original release.


For retro gamers, this port is going to be quite the treat.

Now gamers can enjoy this title with smooth frame rates, zero fog, respectable draw distances and arguably most important, an actual control scheme that feels natural. The platforming sections can now be tackled with ease and are no longer a source of incredible frustration. Taking out all those pesky dinos and angry warriors can be done surgically via standard Joy-Cons controls or through the gyroscope option if preferred.

The Evolution of Turok

For retro gamers, this port is going to be quite the treat. Nightdive Studios has given this game some serious TLC. The performance and controller enhancements make this release night and day from the original.

This won’t be mistaken for a modern game by any means, but the devs have purposely retained the character, look and feel of the game for fans, all while polishing every ounce of gameplay for a much more enjoyable experience in 2019. It’s an excellent fan service, which will no doubt stir up some serious nostalgia.

Before starting the game, you can setup the game to your liking through an impressive amount of options. This includes configuring gyroscope controls, draw distance, ambient sounds, violence level, HUD settings, FOV, Bloom and even a cheat menu for all weapons, invincibility and Big Head Mode.


The action is fast paced and has that classic arcade FPS feeling similar to other highly popular 90s shooters like Quake and Unreal Tournament.

Ammo can go really quickly if you aren’t careful. For a little extra fun, I recommend enabling all weapons in the cheat menu. It will net you some highly entertaining firepower such as a Grenade Launcher, Plasma Pulse Rifle, Quad Rocket Launcher and our favorite…the Atomic Fusion Cannon.

The action is fast paced and has that classic arcade FPS feeling similar to other highly popular 90s shooters like Quake and Unreal Tournament. For those new to this series, you’ll have to adjust in just how quickly Turok moves. It offers a much different experience than just about anything offered today in this genre, which allows it to feel quite refreshing.

Blasting a laser-guided T-Rex in Turok has never looked or felt better. Nightdive Studios delivers a trip back to the N64 era that preserves the iconic shooter, while drastically improving the visual and gameplay elements for a fantastic arcade experience. This is sure to be a massive hit with fans of the franchise.

A world where time has no meaning and evil knows no bounds. Torn from a world long gone, the time traveling warrior Turok has found himself thrust into a savage land torn by conflict. Turok is back and no dinosaur is safe!