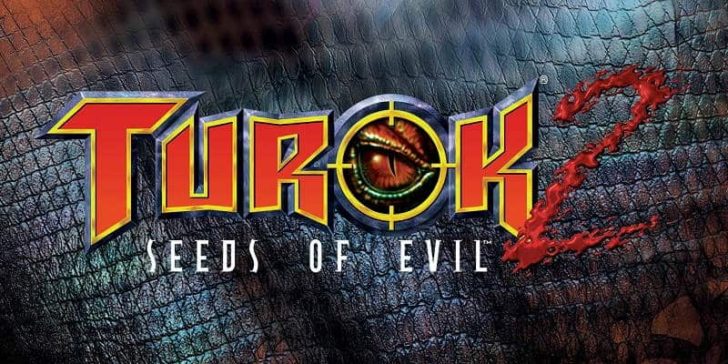 Iguana Entertainment and Acclaim Entertainment released Turok 2: Seeds of Evil back in 1998. This year showcased some amazing games such as Resident Evil 2 and Half-Life. The late ’90s particularly saw the rise of first person shooters.  Let’s be honest here, what’s better than mixing a FPS with dinosaurs? 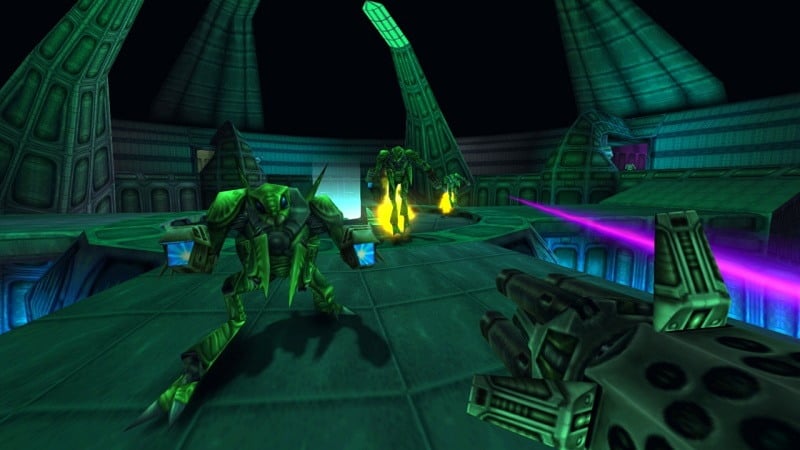 The Primagen armies have regrouped, rearmed and are on a path of destruction once more in Turok 2.  35 different scaly creatures await you with nothing but ill intent and it’s up to you to wipe them off the planet.  You’ll once again start off with just a simple bow to defend yourself, but things ramp up quickly in regards to available arsenal.  The game features over 20 different weapons.  I’m talking pistols, shotguns, cannons, rocket launchers and yes…a nuke.  Things just got real. 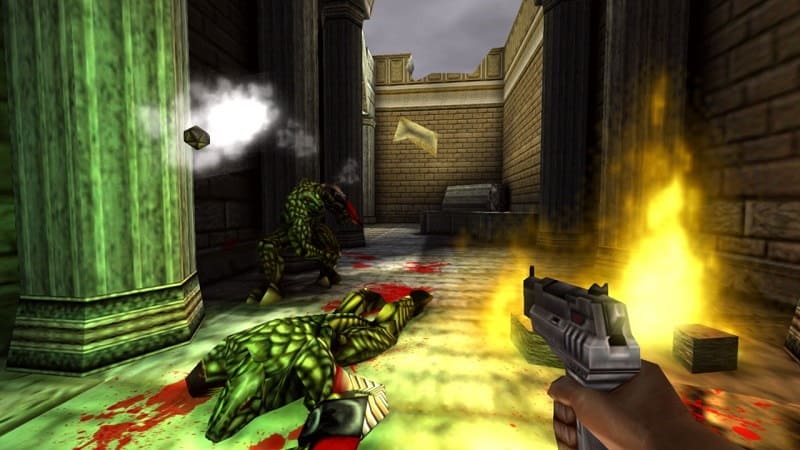 This HD remaster is full of 1990’s polygons and all their glory (for the nostalgic retro game buffs), but the thick fog and low frame rate that plagued the original release is all but gone thanks to handiwork from Nightdive Studios.  This means excellent draw distance and smooth run ‘n gun gameplay.

There are 6 massive levels to explore in this sequel.  Luckily way-points have been added to make navigating through each stage much easier.  With backtracking and the sheer size of each area, getting lost in the original was quite easy and led to loads of frustration.  Controls are nice and responsive, whether you are using the traditional scheme or via the gyro capability of the Joy-Cons.

We are not sure why, but the multiplayer mode has been omitted in this Switch port.  For some this was a big blow.  While my enjoyment for this franchise has always come from the single player campaigns, I hope this might be added for those that had fond memories of it back in the day through a future update. 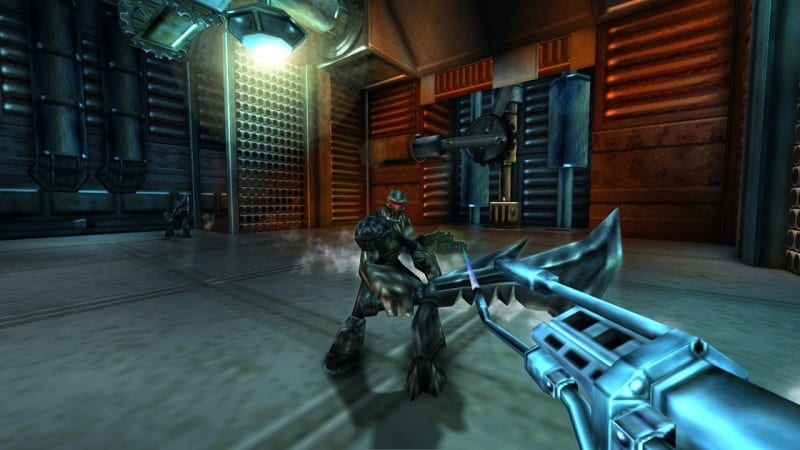 Turok 2: Seeds of Evil is another great port from Nightdive Studios, made especially for retro gamers.  Our team really enjoyed revisiting this old classic with better visuals, vastly improved performance and the quality of life features such as being able to save and load at any point.  These updates made this sequel much more accessible this time around.  The lack of multiplayer will be a point of contention for some, but the banging old school single player campaign is here, pushing more polygons and fun than ever.

Having defeated the Campaigner, Turok throws the Chronocepter into a waiting volcano to destroy it. Unfortunately the blast awakens an even deadlier force - The Primagen. Once again a Turok is tasked with restoring peace to the land and stopping the Primagen from merging Earth with the nether world.