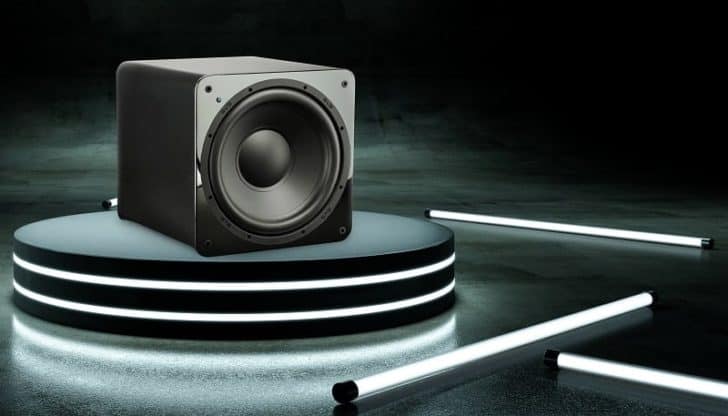 Your home theater system is only as good as its weakest link.  Quality speakers and proper cabinet design is crucial for perfect balance and performance.  We just finished reviewing the phenomenal SVS Prime Tower Surround System that nailed these elements, delivering phenomenal sound for gaming and watching movies.  It’s time however to bump up the bass and implement the SVS SB-1000 subwoofer into our current setup for an even more visceral experience.  It’s about to get rowdy.

I really enjoy hard hitting home theater systems where you feel the action on screen.  That’s one of the biggest appeals to a proper Movie Theater, knowing you are about to be put on blast with a finely tuned surround sound system; ensuring the movie comes to life around you.  With the right system in place, this experience can be yours at home.  The SVS Prime Tower Surround System shocked us with its blistering performance out of the box.  Today we are seeing how much depth and further immersion can be added to this series, with their SB-1000 subwoofer.

We opted for the gorgeous Piano Gloss Black finish to perfectly match up with our current SVS System (a $100 option that is worth every penny).  The SB within the model name signifies this is sub comes in a sealed box design.  Inside is a 12″ front firing driver with enormous dual ferrite magnets coupled with a FEA-optimized internal motor technology for strong deep bass with minimal distortion even at the highest levels.  It’s powered by a Sledge STA-300D amplifier, pushing up to 720 Watts of peak power and 300 watts RMS without even breaking a sweat.

The sub itself has a lightweight treated fiber composite cone and thick rubber surround for reinforced strength and reliability.  A vented pole piece and high-power voice coil keeps things cool under high output within the sealed enclosure.  Everything has been tuned to perfection here, providing an excellent range from 260Hz down to 24Hz.  The cabinet, speaker, DSP engine and amplifier all work in unison to provide incredible performance from its compact dimensions measuring 13.5″ (H) x 13″ (W) x 14″(D).  Connections include a Stereo line-level RCA Input and 80Hz High Pass Filtered Outputs.  Volume, Phase and Low Pass Filter dials are located on the back.

Settings and Break in period 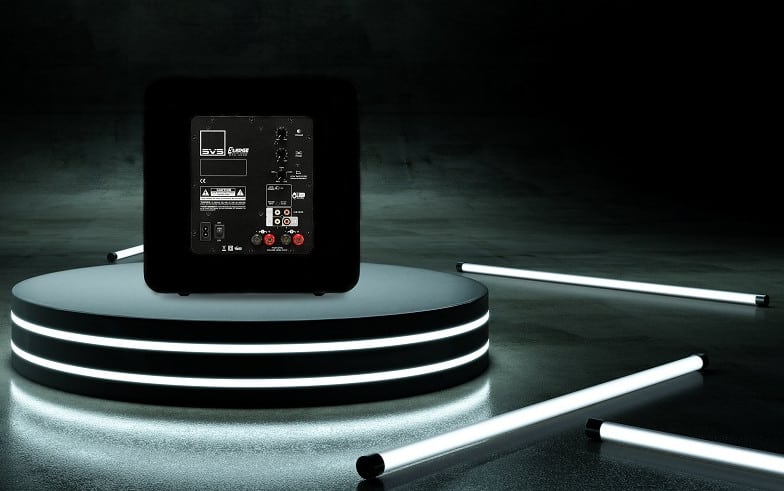 Now that we have looked at what makes up the SB-1000 subwoofer, it’s time to break this guy in before we hit it hard with some serious benchmarks for bass.  First on the list was to power it up and let everything warm up for 5 minutes to ensure the unit was working properly.  We then connected the sub to our Denon AVR directly through the LFE input. The Phase Control was set to zero, Volume was turned up to 50% and LFE was selected on the Low Pass Filter.  We re-ran the auto calibration tool on the AVR  since we were adding a new component to the SVS Prime Tower Surround System.  After the tests finished and everything was properly equalized, it was time to break in the sub.

For this process, I played a few favorite tracks from Massive Attack and Prodigy in loop for 30 minutes with the gain around 50%.  Next up was a longer 2-3 hour session with the same songs, but now the volume was pushed to 75%.  With the 3-4 hour break in complete, we can now begin pushing this subwoofer to its limits alongside the SVS Prime Tower Surround Sound system for the full theater like experience at home. 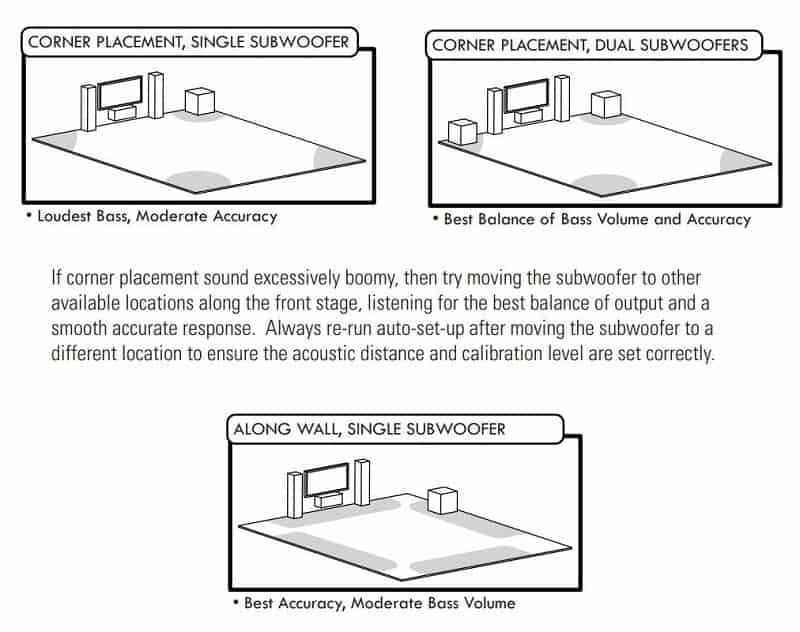 Placement of your subwoofer is crucial.  For the absolute best sound, you would want a sub placed in both front corners.  Since we are only testing one today, we have a couple options, being tucked into a front corner or placed alongside the wall.  You’ll have to experiment and see which spot provides the best balance and sound.  For our staging center in our loft, the far left corner was the sweet spot for the SB-1000.  Finally, it’s time for the fun stuff.  We conducted audio tests across several types of entertainment media including music, movies and video games. 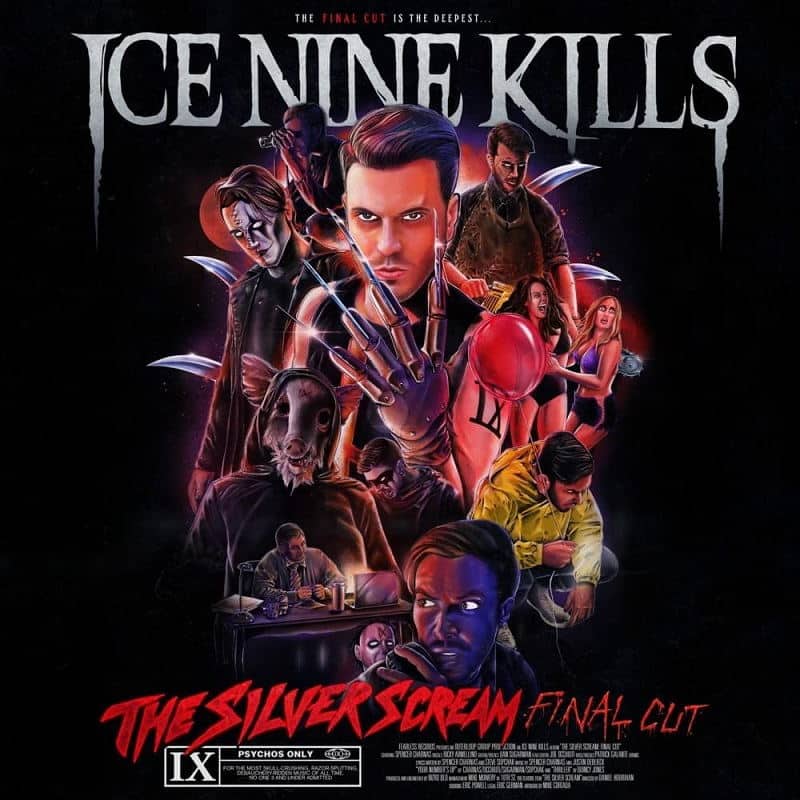 Ice Nine Kills | Metal (Album: The Silver Scream Final Cut) – Each song is based off an iconic horror movie and the band just crushes every song with amazing intensity and ferocious sound.  Rocking the Boat (inspired by Jaws) particularly had a strong presence with this setup.  The sub was highly responsive with every kick bass note and added much more depth throughout this menacing song of what lurks beneath the surface of the sea.

NF | Hip Hop (Album: Perception) – This is one of my favorite modern hip hop artists who focuses on the actual art and keeps his lyrics completely clean throughout every song.  The beats are always on point, as are his abilities to tell strong relatable stories on each track.  Green Lights was played on blast and it certainly did not disappoint.  While the Prime system produced sharp precise bass through multiple drivers, the SB-1000 delivered much of the same but with significantly more punch behind it.  The excursion on this sub is really impressive and it produces some seriously clean bass without a hint of distortion when pushed to the upper limits.

Prodigy | Electronica (Album: Always Outnumbered, Never Outgunned) – These guys truly had their own sound…it was loud and incredible.  Spitfire was chosen from their fourth album and this provided a true workout for the entire system.  This was the best showing yet of what the SB-1000 was capable of delivering.  It showcased lightning fast responsiveness with every supercharged bass note from this song.  Every beat within the song carried a high level of precision and sharpness to it.  It once again blended in wonderfully with the rest of the system. 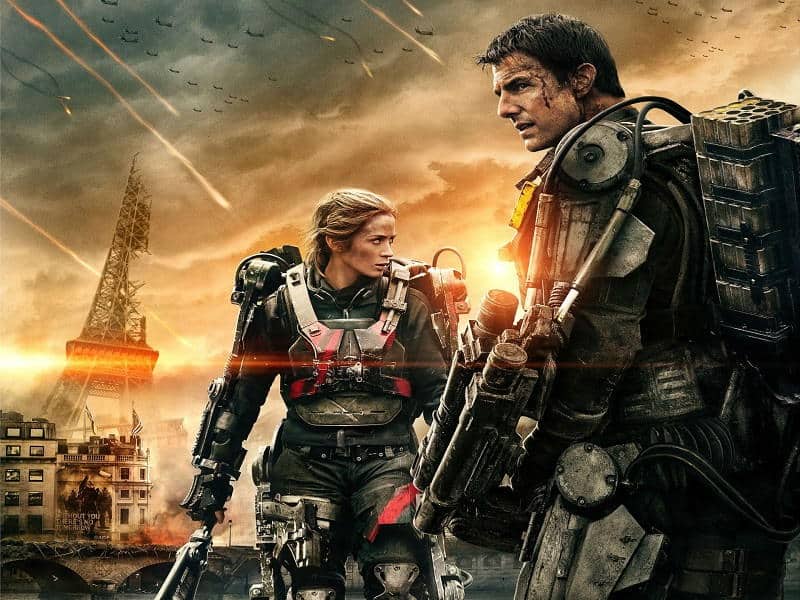 Edge of Tomorrow | Sci-fi/Action – This phenomenal movie mixes in an alien invasion, mech suits and a time loop dynamic that is just incredible.  It also features some intense battle scenes, making it a excellent choice for testing out your home theater system and subwoofer.  The back to back combat scenes where Cage fights, dies and tries again blasted with impressive clarity.  The intense battles against the extraterrestrial invaders in Edge of Tomorrow caused the sub to slam with ferocity.  It again proved to be wickedly quick in response time and very clean in delivery.  While it lacked the deeper and more pronounced bass from a higher powered ported style subwoofer, it still delivered a thrilling experience for this film.

Jurassic Park | Fantasy/Mystery – It would have been a travesty to not test out the SB-1000 alongside this classic film.  We played the iconic scene where everyone suddenly gets quiet during the on rails tour, due to something incredibly large making its way closer to them.  The power is out, which means the large electric steel cables are not active; therefore no longer safely keeping whatever is behind it contained.  Before you know it, the star of the show reveals himself and the T-Rex breaks out from the enclosure.  For those stuck in the vehicles, their worst nightmare has officially begun.  The thunderous footsteps produced tight strong bass from the sealed 12″ driver.  The roar from this towering beast projected through the sub and SVS Prime system with immense clarity and depth.  Another impressive showing for the SB-1000 that made this sensational scene even better. 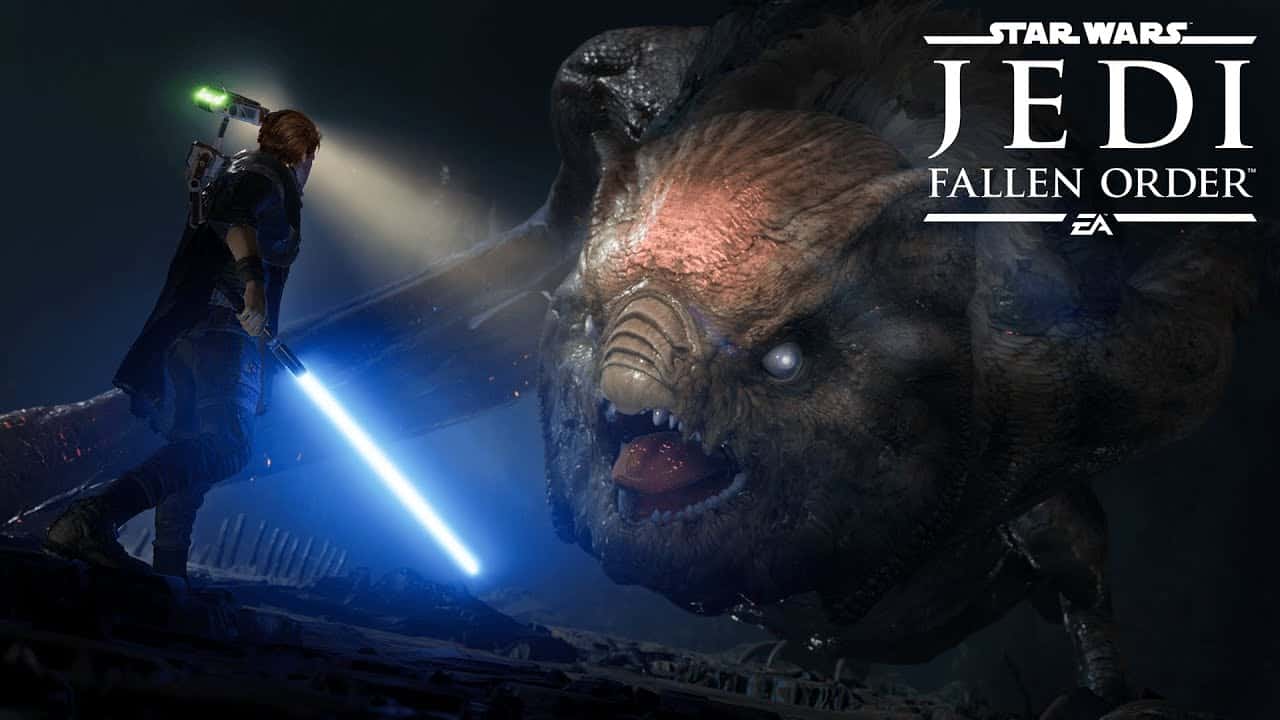 Star Wars Jedi: Fallen Order | Action Adventure – This is a brand new Star Wars adventure from Respawn Entertainment that picks up after the fallout from Order 66.  Players take the role of a Jedi Padawan that managed to escape the execution sentence put in place at the end of Revenge of the Sith.  The Empire is actively hunting you down, after your true identity is revealed.  Cal must evade being captured at all costs, while also continuing to train and become a true Jedi if there’s any hope to survive what he is up against.  It’s a game many Star Wars fans, including myself, have waited for a very very long time.  It’s truly a cinematic experience, making it the perfect title to test out the SB-1000 alongside the SVS Prime Tower System.  The musical scores and unforgettable action sequences soared with impressive finesse.  The sounds effects emitted from the intense lightsaber battles created superb immersion into this wonderful game.  The subwoofer provided tight accurate bass that was never muddy or boomy.  It was always extremely clean in its delivery, regardless of how far you cranked the gain. 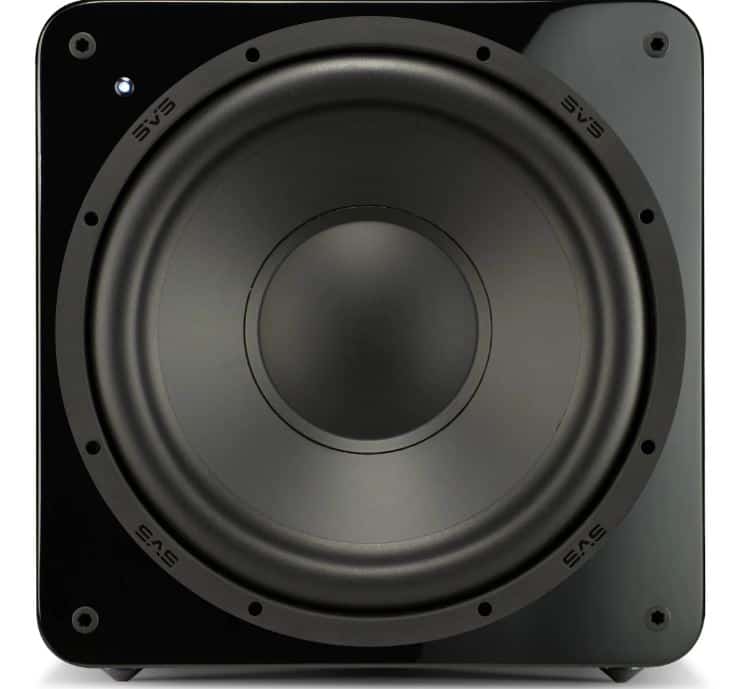 The SVS SB-1000 subwoofer is an absolute workhorse and decimates the competition anywhere near its $500 price tag.  Its compact size allows it to be placed just about anywhere, perfect for small to medium sized rooms.  The sealed design and advanced DSP on-board delivers outstanding responsiveness, where each bass hit from the durable 12″ driver is shockingly fast and clean.  This model shines in precision and clarity, delivering a wonderfully balanced experience when paired up with our SVS Prime Tower Surround System.

For those desiring hard hitting bass you feel within your chest and throughout the entire room for your movies and games, you’ll need to invest in two of these or possibly move up to their 3000 or 4000 series line.  As it stands, the SB-1000 sub is the undisputed king at its price point and simply a phenomenal performer.