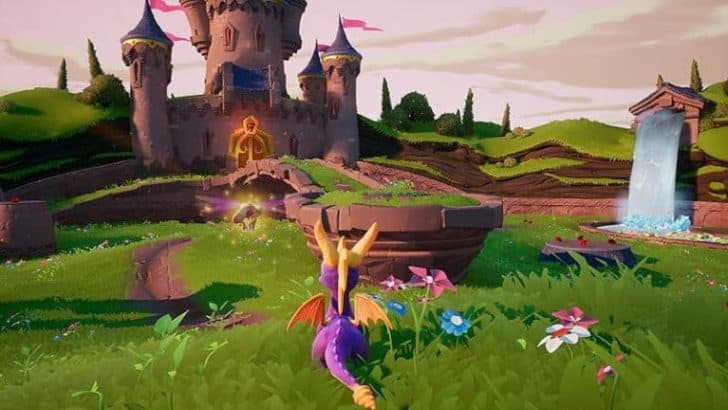 Spyro Reignited Trilogy brings our favorite purple dragon back  to current gen consoles using Unreal Engine 4.  Whether you are like myself who played these originally on the Sony PlayStation, or are completely new to the series, it’s an incredible 3D Platformer that will sink its hooks in you from the very beginning. 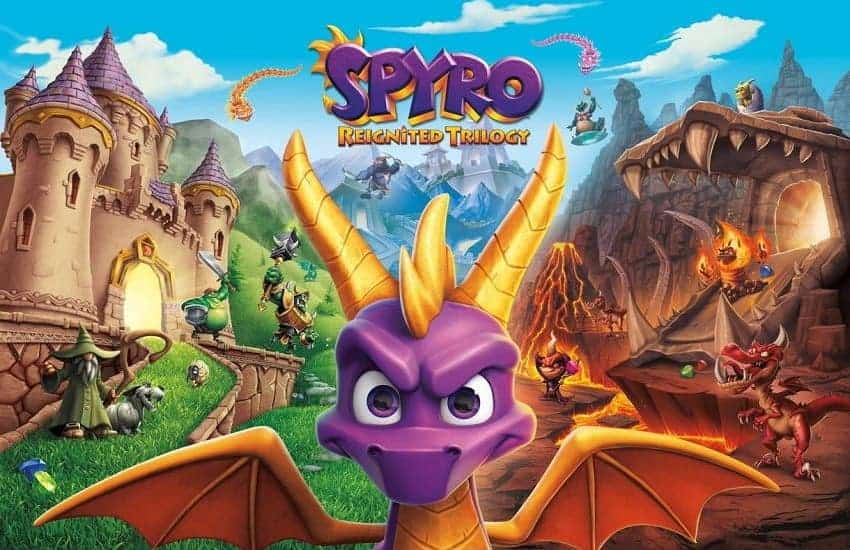 I have forgotten how much I enjoyed these games, originally from Insomniac and the PlayStation era.  Witnessing these amazing games from the late 1990’s completely redone with incredible details, textures, lighting and effects are a real treat for old school gamers.  It’s a nostalgic atom bomb of feelings that come over when you first get control of Spyro and start sprinting across the rich green fields; roasting sheep and ramming the ornery goats out of the way.  The level of polish and detail accomplished by the extremely talented team at Toys for Bob is beyond impressive. I felt like I was playing a Pixar envisioned copy of Spyro the Dragon, Spyro 2: Ripto’s Rage! and Spyro: Year of the Dragon in this trilogy. 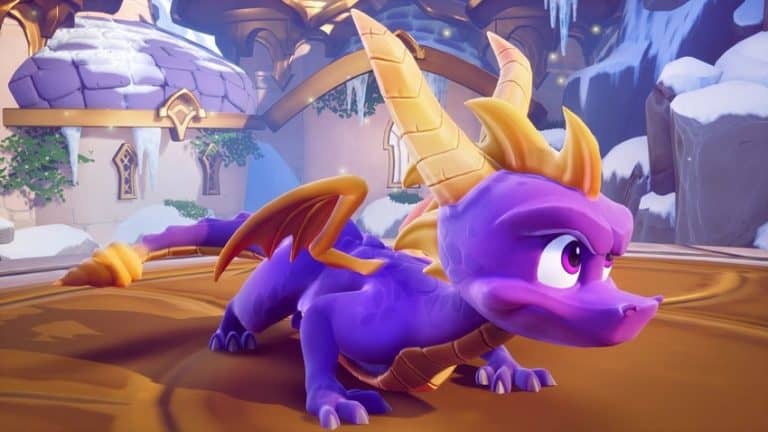 The visuals aren’t the only thing to receive outstanding upgrades.  The soundtrack, controls and in game camera have also been tweaked for today’s gaming standards.  Spyro is more agile than ever and this makes the running and jumping segments much more enjoyable in part to the finely tuned controls.  I kicked off things in order and started off with the game that started it all, Spyro the Dragon.  As I was playing through  the game, it was hard to fathom this is based off a title released in 1998.  It was so enjoyable, I completed the game before I knew it…clocking in around 6-7 hours of grinning inducing gameplay.

After defeating the Gnasty Gnorc, I still had a few dragons to locate before getting 100% on the game, but I was compelled to keep on moving forward and launched Spyro 2: Ripto’s Rage!  You’ll be interacting with far more than dragons in these next two entries.  There are several NPC’s to converse with and the cut-scenes are excellent.  It really helps flesh out the different characters and their quirky personalities.  The third entry, Spyro: Year of the Dragon, was more of the same, but seemed to be missing some of the polish and attention to detail that the first two titles exhibited.  This is literally our only complaint in regards to this amazing package of games.

Spyro Reignited Trilogy is simply a masterpiece and is enjoyable for all ages.  The TLC and attention to detail throughout all three games is astounding.  Toys for Bob has crafted one of the finest remakes this generation.  Whether you want a nostalgic journey down memory lane or simply want to experience an incredible 3D platformer, you can’t go wrong with Spyro Reignited Trilogy.

Spyro Reignited Trilogy is a platform video game developed by Toys for Bob and published by Activision. It is a collection of remasters of the first three games in the Spyro series: Spyro the Dragon, Spyro 2: Ripto's Rage! and Spyro: Year of the Dragon.