SNK is famous for their incredible Neo Geo titles and massively popular arcade hits.  The 40th Anniversary Collection is a wonderful package that will take you back in time to the days of pumping quarter after quarter into the local arcade scene.  These games kept you coming back for more and more.  This release will have the same effect on fans of these incredible old school titles.

This stellar collection comprises games from 1981 to the early 90’s era.  I personally have some very fond memories of seeing many of these arcade cabs in various outlets, where I never passed up an opportunity to play (only limited to how many quarters I could scrounge up).  I can’t tell you how many hours I spent on P.O.W. or Guerrilla War alone.  Experiencing these again in pretty much perfect representation is just amazing.  Just take a look at the excellent launch selection provided by NIS America.

SNK 40th Anniversary Collection (another 11 are coming Free in December) 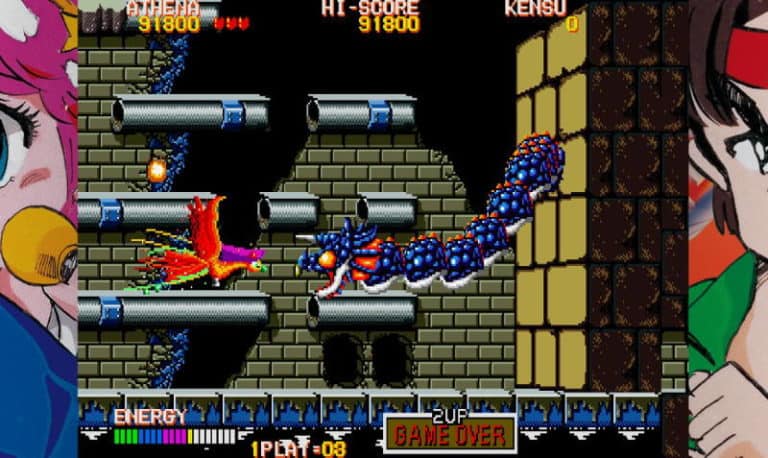 Digital Eclipse has done a serious fan service here in delivering the Japanese, US, Arcade and console versions of these amazing games.  You can leave a game and later return to it at the exact spot you left off.  This feature is fantastic for short gaming bursts during breaks.  I also loved the rewind ability, which will allow you to progress farther than ever before, all while learning levels and boss patterns. You’ll no doubt appreciate these features too, because the tough as nails difficulty is intact, but luckily you won’t be going broke with tokens and quarters to continue this time around.  Prehistoric Isle is one game I’ve never played and it’s insanely awesome.  If you dig horizontal shooters and dinosaurs, look no further.  The controls, sound and visuals are spot on across the board, providing a fantastic experience for fans of these classics games.

The SNK 40th Anniversary Collection is hands down one of the best ways to experience some of the most memorable and influential arcade games from the 80’s and 90’s.  The selection of games presented here have been implemented with great love by Digital Eclipse.  The fact that 11 more titles are coming for free in December makes this collection a no-brainer.  Pick this one up today!

2018 marks the 40th anniversary of legendary studio SNK. To celebrate this extraordinary milestone, a variety of classic arcade games from SNK's golden age are coming back together in one anthology on Nintendo Switch.