Shadow of the Tomb Raider Review (Xbox One X)

Eidos Montréal and Crystal Dynamics has just released Shadow of the Tomb Raider.  It’s the third chapter in the popular action adventure series that offers an extremely cinematic joy ride from the first opening scene until the final credits roll.

Lara has been hardened from her past ventures and you can feel her character is now far deadlier, experienced and confident in her abilities than ever.  She’s faced serious hardships and trials along the way; now she is on her greatest journey yet.  She is again accompanied by Jonah and they are trying to locate a very powerful relic.  Legend states it can change or reshape their world.  It doesn’t take long for these adventurers to locate this insanely powerful hidden treasure, but its discovery comes at a huge cost.  Upon lifting it from its resting place, an end of days type scenario has begun with disastrous repercussions.  If that wasn’t bad enough, Trinity cornered Lara and forced her to hand the relic over.  This triggers a truly terrifying scene where an enormous storm surge floods the entire village, violently wiping out everything in its path.  It’s an incredibly thrilling part of the game.  The special effects and gameplay found here are amazing and are just a taste of what’s in store for gamers in this campaign. 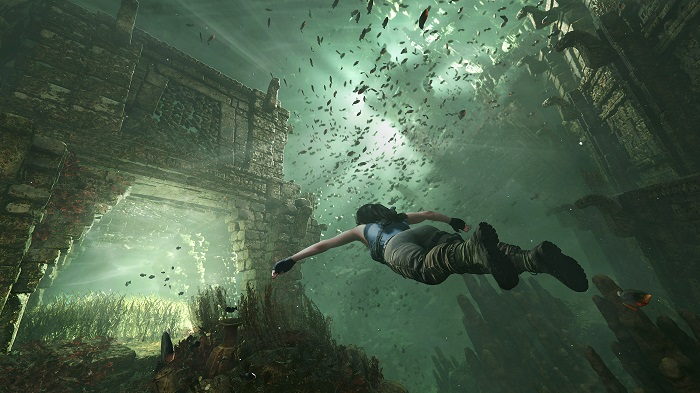 Once Lara narrowly escapes the dangerous current and climbs to safety, she is reunited with Jonah.  Both rush to each other, thankful each survived the immense flood.  The town however has been utterly destroyed and many died from this tragic event.  Jonah is quite set on staying and helping the people and rebuilding the town, but Lara convinces him they must go deep into the jungles of Peru to correct what she has done or this is just the beginning of this chaos.  They must stop Trinity from destroying the entire planet. 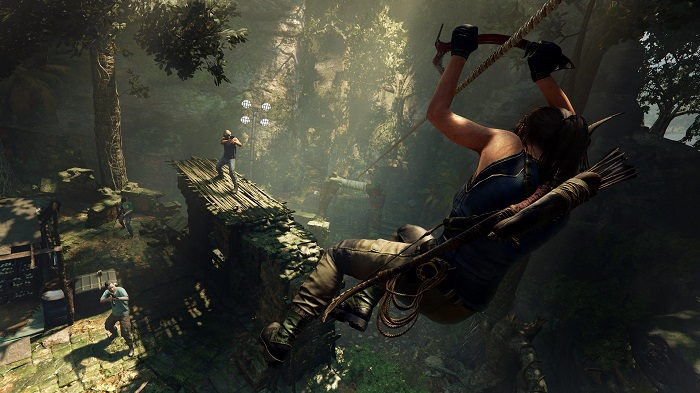 The city of Peru is truly impressive, as it is packed with villagers, kids, merchants and other travelers.  Here you will find many side quests, hidden tombs and treasures.   The vast majority of this content is optional, but you would especially be missing out if you skipped out on the hidden tombs.  Some are very large in scale and a lot of work went into the puzzles that await inside them.

Lara has a vast arsenal to tackle her objectives and eliminate her enemies.  She has her trusty bow of course (where arrows can be coated with poison or lit on fire) and several firearm options as you progress. You can again choose to go the stealth route, which is really fun as you move in and out of the thick brush or swim through the water unnoticed; silently taking out your adversaries.  Once you are spotted however, you are then forced into fierce firefights which are equally exciting. 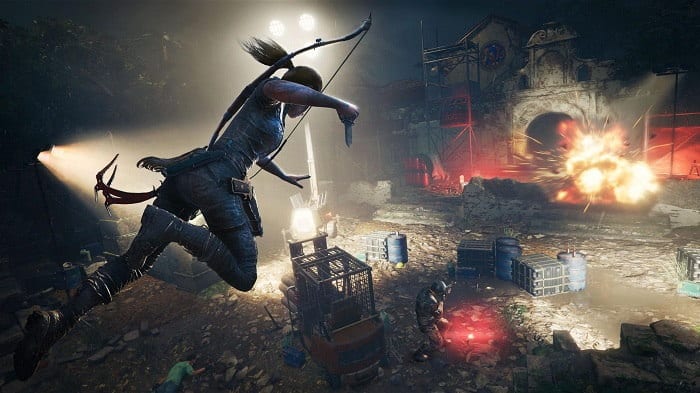 As you progress further into the game, the action continues to ramp up and these cinematic scenes of total destruction where you must make incredibly quick decisions among the madness around you is where the game shines.  It also looks phenomenal on the Xbox One X with HDR enabled.  Every area is packed with immense detail, color and the game’s animation is absolutely fantastic. The amazing environments encourage exploration and this is where players can collect materials, ammo and treasure. A revamped skill tree awaits players to make Lara an even more efficient warrior. Some skills will automatically be unlocked in time, while others will need to be purchased. There are a lot of enhanced abilities to choose from here, so take your time and pick the skills that best suite your playing style.

Shadow of the Tomb Raider is an amazing action adventure that properly closes out this story and its final chapter.  It rivals any other franchise in this genre with its finely tuned controls, gorgeous visuals and the absolutely thrilling campaign that offers an incredible cinematic experience for gamers from start to finish.

Shadow of the Tomb Raider Review (Xbox One X)