Rogue Trooper Redux is a third-person shooter that will certainly take you back. Even with the updated visuals and assets, the adventure here is a nostalgic one for retro gamers. This is a positive note from my perspective, as it was heavy reminiscent of the PS2 and original Xbox era. It seems clear to me at least, that Rebellion Developments were really ahead of their time with the cover based tactical shooter genre. It is set on the planet Nu-Earth which now has a poisonous atmosphere, only survivable by man through masks. The Southers created super-soldiers to fight the war against the Nort troopers on this uninhabitable landscape. 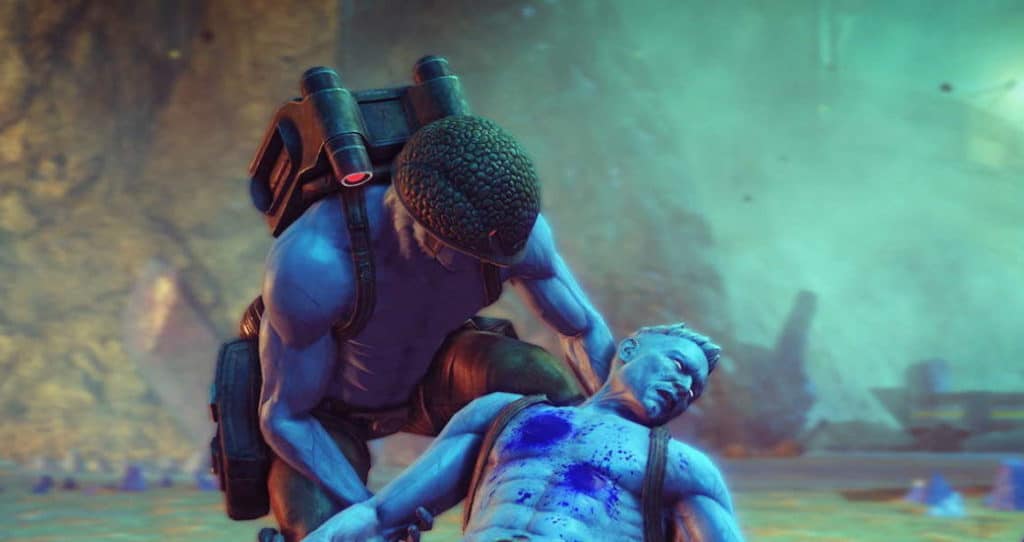 Players take the role of Rogue, one of the genetically engineered soldiers that are in the middle of a massive war. Rogue Trooper Redux has a very unique look as the soldiers look like they came straight from the Blue Man Group. There are some other unique aspects to this game such as being able to pickup electronic chips from your fallen comrades. As long as you get to them in time, their existence will continue and is contained within the biochips that you can insert into your rifle. These fallen comrades will now help you along your way through upgrading your current weapons, crafting new ones, replenishing your ammo and hacking security systems or doors.

As you progress through the campaign, another neat feature in Rogue Trooper Redux is the ability to buy new ammo and upgrade your weapons on the fly. There is no bench or specific area where you have to go to accomplish this. Players simply access the game’s menu,  and purchase what you need with the salvage you have acquired.  You can find salvage by exploring each level and by also picking up loot from the enemies you defeat. 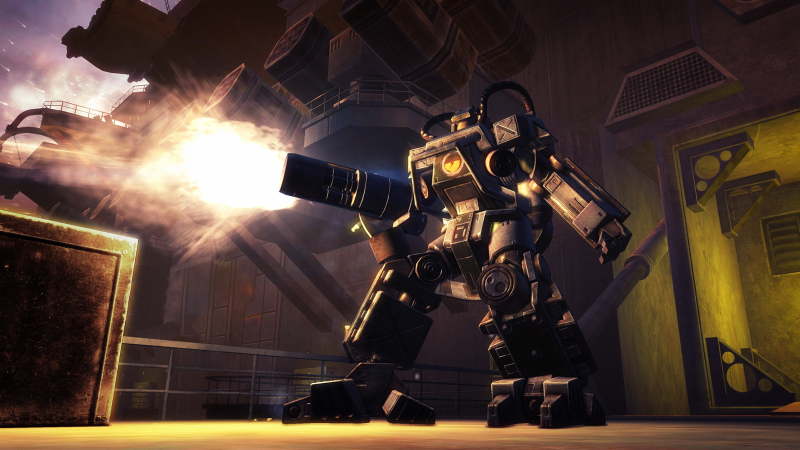 You’ll start with a rifle and a pistol as your sidearm. You’ll have to replenish your rifle ammo, but the pistol is unlimited. This gives you a nice backup if you find yourself without any higher caliber rounds. Later in the game, players will unlock a sniper rifle, a variety of grenades (frag, scrambler, incendiary), and mortars. You’ll also unlock special abilities like the hologram and ability to setup your rifle as a turret. 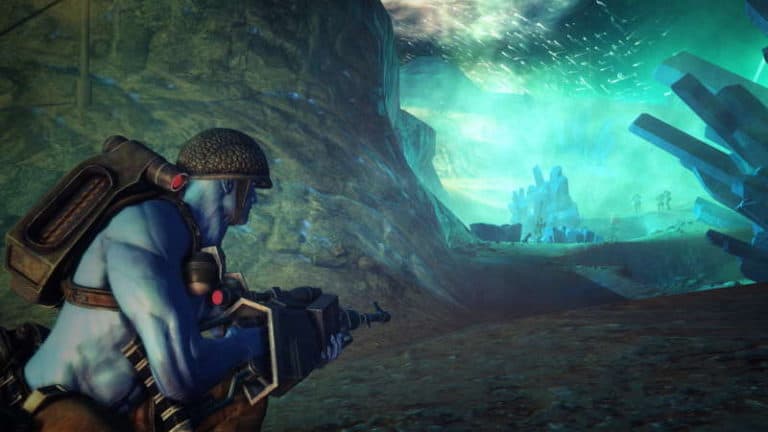 Rebellion Developments has done a great job with the remaster on many fronts, but there are some things that break the immersion. Switching in between weapons takes too long for a shooter and it can lead to some frustrating deaths if you are surrounded in a firefight. Coming out from cover can also be a little tedious at times due to a slight delay before Rogue pops out. These are minor gripes though and overall I really had a great time with Rogue Trooper Redux. There are two co-op modes available including Stronghold or Progression (2-4 players), but the vast majority will be playing this remastered shooter for the nostalgic trip offered through the campaign.

A pioneering tactical shooter and landmark comic book adaptation, Rogue Trooper is back, remastered and revitalised in true high definition. Experience acclaimed third-person action in this BAFTA-nominated tale of betrayal and revenge at the far reaches of the galaxy!