There are so many games from the 16-bit era that bring me back to that happy place that all fans of retro gaming know about.  The ridiculously awesome soundtracks, sprites and action.  Nothing was complicated or grand in scope, it was straight and to the point in just being about fun.  Road Rash was absolutely one of those iconic titles.

Get Ready to Rumble 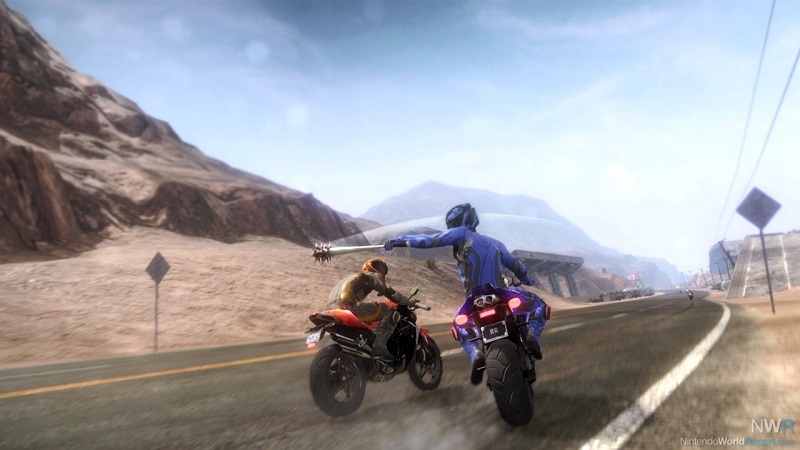 We now have the spiritual successor to this amazing franchise that has for whatever reason been pretty much forgotten since the Genesis era.  Ian Fisch decided that it’s been far too long since someone revisited this franchise.  He started up a Kickstarter campaign and the rest is history.  Launching first to PC gamers, but now is available on the Nintendo Switch.  This is the port we are covering today.

It’s Good to be Back 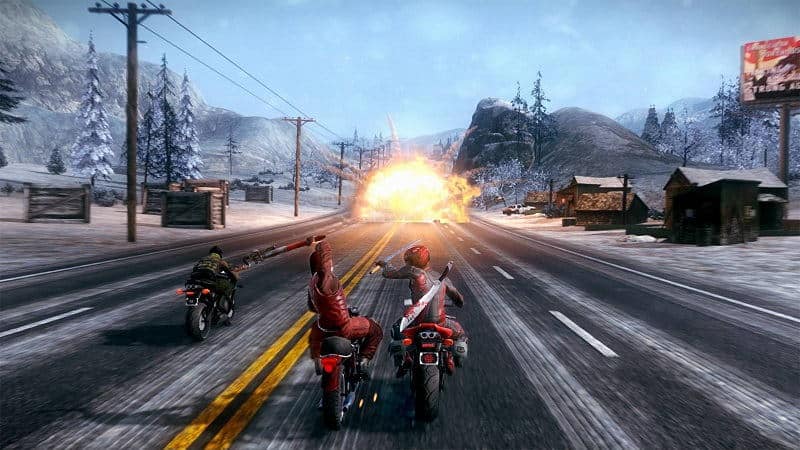 The original premise, feel and gameplay are all intact here.  The main stats to focus on, which can be upgraded through the XP earned in each race, are your Health, Attack Power and Nitro Meter.  Hit the road and go as fast you can while combating other bikers with bats, swords, guns and even bombs.  The blunt objects are great for knocking off a helmet, while the swords are excellent choice for finishing the job.  You can block and parry enemies too, which adds to the combat depth.  Some racers require you to parry first to break their guard, so it’s a necessary skill to learn.

As you progress, you’ll be able to unlock new characters, 15 in total.  The action is fluid, frantic and most importantly incredibly fun.  This is what Road Rash fans have been waiting for.  Performance on the switch is pretty solid overall, minus a few hiccups here and there in certain levels.  Nothing takes a substantial hit and this minor gripe can no doubt be optimized more effectively via a future patch.

The races are procedurally generated each time, making each run unique and fresh.  There multiple modes to choose from this time around though that include: Standard Races, Time Trails, Takedowns, Boss Battles and Survival.  There is also an online component for those that want to race against other gamers instead of AI.

Road Redemption resurrects the memories and amazing gameplay from the beloved Road Rash franchise.  With plenty of modes and action packed gameplay available, this is a dream come true for fans like myself who has been waiting multiple generations for someone to develop and release a new entry in this iconic 16-bit series.