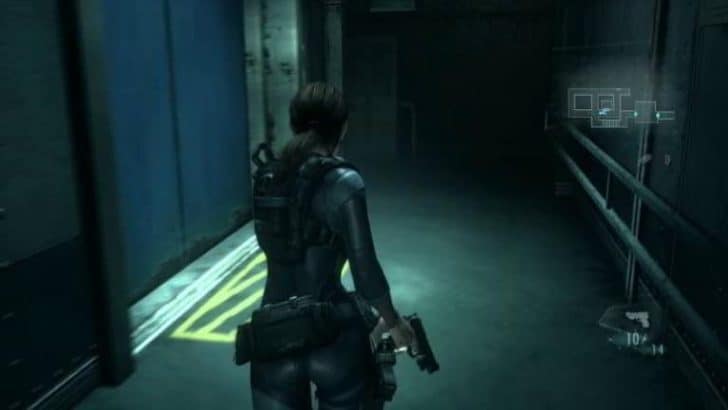 Resident Evil Revelations first released to critical acclaim on the Nintendo 3DS back in 2012.  It has now been released for the PlayStation 4 and Xbox One with vastly improved visuals and a new level for Raid fans. Revelations started Capcom’s return to the old school survival horror formula that fans have been heavily requesting for some time.  They tested the waters with Revelations and it certainly proved the demand is there. Let’s check out how this latest port plays on the PlayStation 4 Pro.

The crew is back

The game stars both Jill Valentine and Chris Redfield.  You’ll be able to take control of both classic characters during the thrilling episodic styled campaign.  However, Instead of a mansion to explore, players are on the open sea aboard a large cruiser called Queen Zenobia.  Jill boards it looking for Chris, but unaware the ship has been plagued by an outbreak of the t-Abyss virus.   Right off the bat, those that have played the 3DS version will be quite impressed with how Revelations now runs at 1080P resolution.  It’s not going to outshine Resident Evil 7 by any means, but for a HD port originally released for the 3DS, this looks fantastic.  The dark and gritty tone of the environment matches up well with the graphics.

The audio, as always with Resident Evil games, is excellent.  Working your way through the corridors of the cursed ship brings many memories back from the nerve racking hallways and rooms found in RE1.  The little creaks and sounds that seem to be all around you work well in building the tension of an already unsettling environment.  As you counter enemies deep within the dark corridors of the cruiser ship, you’ll want to preserve your ammo and herbs used for healing.  Aim carefully for head shots and keep moving whenever possible to mix in some melee strikes, while keeping distance between yourself and the monsters found throughout this exciting episodic campaign. 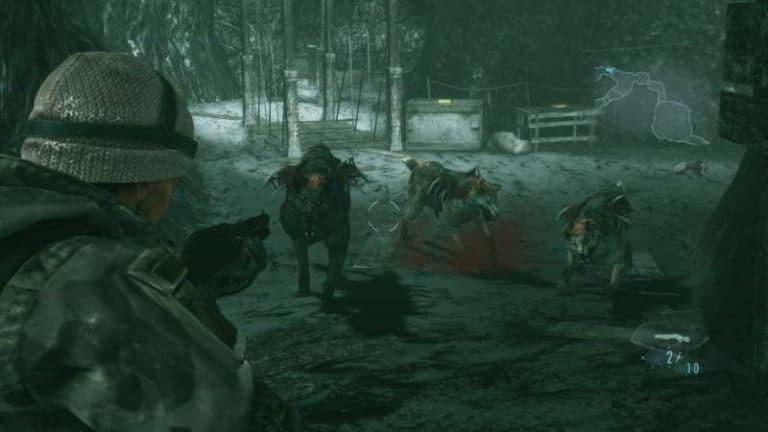 Revelations introduced a new mode for Resident Evil fans, which is called Raid.  Raid mode is fast paced and puts gamers against hordes of enemies.  By yourself or cooperatively (which I highly encourage), players will fight to not only live through each wave of enemies, but to reach the end of each level.  This latest HD port also offers players a brand new level called “The Ghost Ship: Chaos”.  Note, this does have to be unlocked, but that’s also because it’s for those that have heavily leveled up characters, which are ready for the fight. 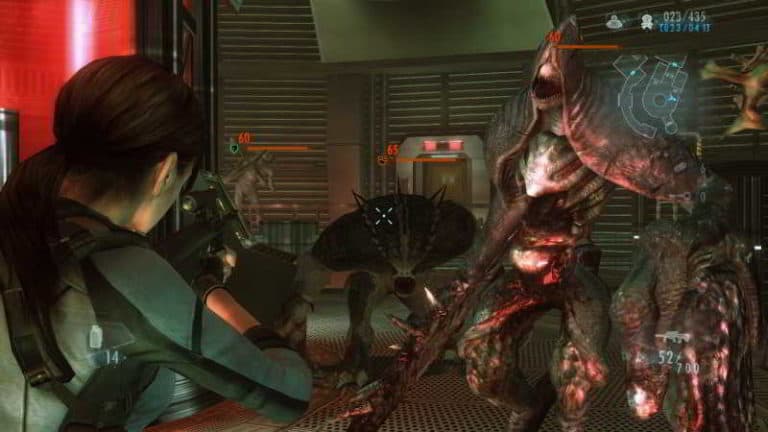 This episodic styled campaign has been implemented extremely well by Capcom and is a refreshing take on the Resident Evil series.  The new Raid Mode is brilliant and sure to be a blast with fans and newcomers to the franchise alike.  This latest entry is not to be missed by anyone that enjoys the Survival Horror genre.