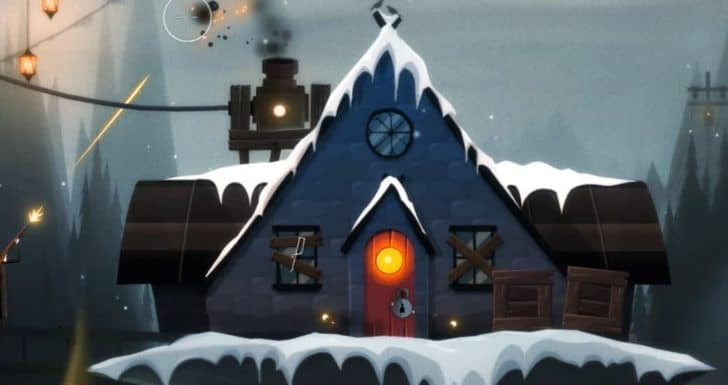 Pinstripe is a new adventure for the Nintendo Switch that took over 5  years to develop and was all created by Thomas Brush…a one man team.  After first seeing the gorgeous trailer, I was not surprised to find out that heavy influences for this game included: The Nightmare Before Christmas, Coraline, and Alice in Wonderland.  You will definitely get vibes from all these great films in Pinstripe.

The game features a stunning art style and a equally impressive musical score to really help in creating a wonderful presentation to tell its story.  Players take the role of Teddy, a  ex-minister who’s had his daughter Bo taken from him. This all happened while they were aboard a train by a downright creepy villain that is every bit as evil as he appears.  This dark and demonic character is known as Mr. Pinstripe.  As a loving father, he will do anything to get his daughter back in his arms.

“The visuals and score in Pinstripe fuse together to bring the dark melancholy art style to life.”

Along your venture you will have to explore and solve many puzzles as you push further and further out into the unknown.  Some can definitely stump you at first and you’ll have to take note of what is around you and how to use it to advance further into the story.  While you first start out after Bo empty handed, you’ll eventually find your daughter’s slingshot (with unlimited ammunition) and also reunite with your trusty dog George.  Both your new weapon and man’s best friend will be of great help as you make your way toward Bo and her captor Mr. Pinstripe.

The visuals and score in Pinstripe fuse together to bring the dark melancholy art style to life.  It absolutely is a game you can feel as you play.  What Thomas Brush has created here is very powerful and equally incredible.  This feels like a nice sized team poured their heart and soul into the game, but yet it was one individual’s dedication to making a truly memorable gaming experience.  The campaign will likely take you just 3-4 hours, but it’s one you will no doubt remember for a long time.  I wish we had gotten to spend just a little bit more time with Ted, Bo and George. 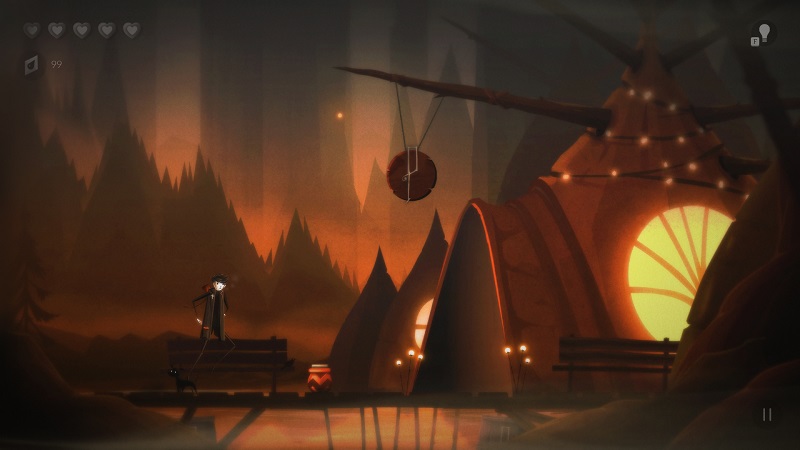 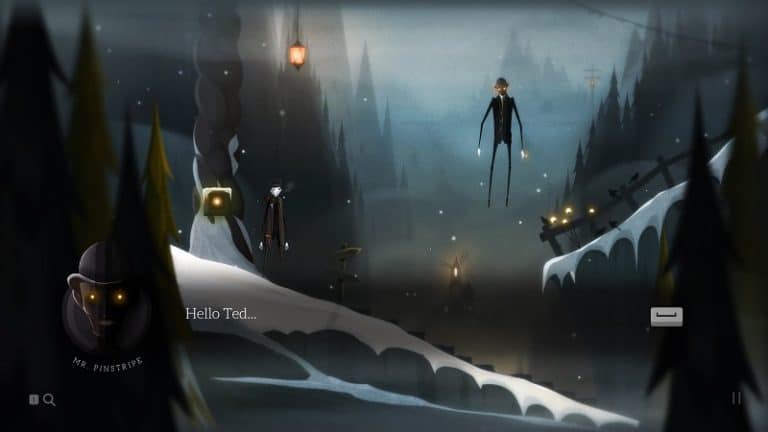 Pinstripe is oozing with style, personality and character.  It tells an incredible story through the gorgeous art style and musical score that is no doubt unique and memorable.  While the overall journey is short from start to finish, it’s one you’ll look upon fondly afterwards.  Let’s hope a sequel allows us to return to this wonderfully mysterious world.

Pinstripe is an emotionally charged adventure through Hell created entirely by a one-man team over the course of five years. Play as Teddy, an estranged ex-minister forced to venture through the frozen afterlife in search of his three-year-old daughter Bo, and her perverse kidnapper.